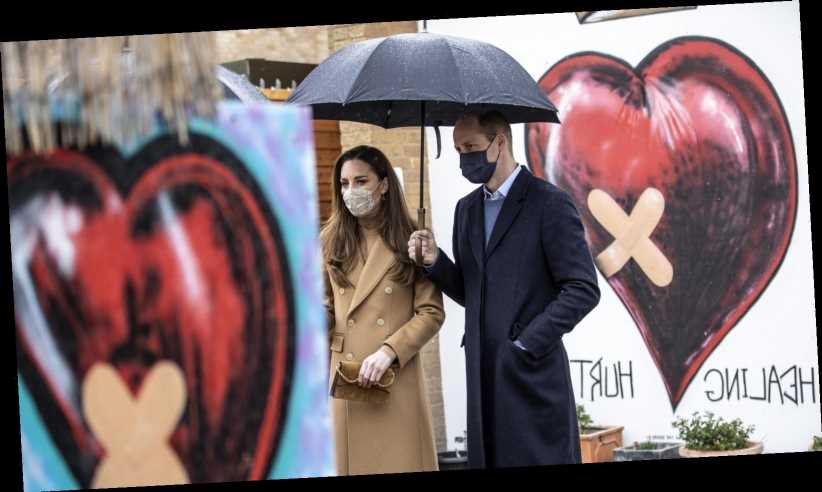 Kate Middleton and Prince William aren’t shying away from public life in the wake of Prince Harry and Meghan Markle’s tell-all interview with Oprah Winfrey. Instead, the couple is continuing their royal duties with their heads held high. However, all eyes are on William and Kate following the shocking allegations made by Harry and Meghan just last week. During the interview, Meghan told Oprah that there were “concerns and conversations” within the royal family about “how dark” her son Archie’s skin would be when he was born (via Page Six). When asked who made the racially insensitive comments, Harry refused to divulge. “That conversation I’m never going to share. It was awkward. I was a bit shocked.” However, Harry did confirm that the comments weren’t made by his grandparents Queen Elizabeth II and Prince Philip.

After the interview aired, William was caught by the press, who had a lot of questions (via People). During his brief talk with the paparazzi, William revealed that he had yet to speak with his younger brother following the interview, but vowed that he would. He also denounced any claims that his family was racist, stating that they are “very much not a racist family.” However, William and Kate aren’t allowing the drama to impact their work as they busily continue their duties as the future King and Queen of England.

According to People, Prince William and Kate Middleton seem to be ready to move past the controversy. The couple looked happy to be honoring some first responders at an east London ambulance station during their latest public appearance. Kate wore a brown turtleneck and matching buttoned coat for the visit. William sported a light blue sweater over a collared shirt with a navy blue coat. Both wore masks to match their ensembles. William held an umbrella to cover them as they stood in the rain to meet with crews.

The couple spoke with paramedics about the challenges of working during a global pandemic. The Duke and Duchess of Cambridge have been working to support frontline health workers throughout the pandemic. In addition to offering funds to charities, they’ve also advocated for the employees in the health field to have access to more mental health resources during these trying times, per Hello!. The cause appears to be near to William’s heart, as he is a former air ambulance helicopter pilot. Insider reports that William has an inside perspective on the important work first responders do on a daily basis.