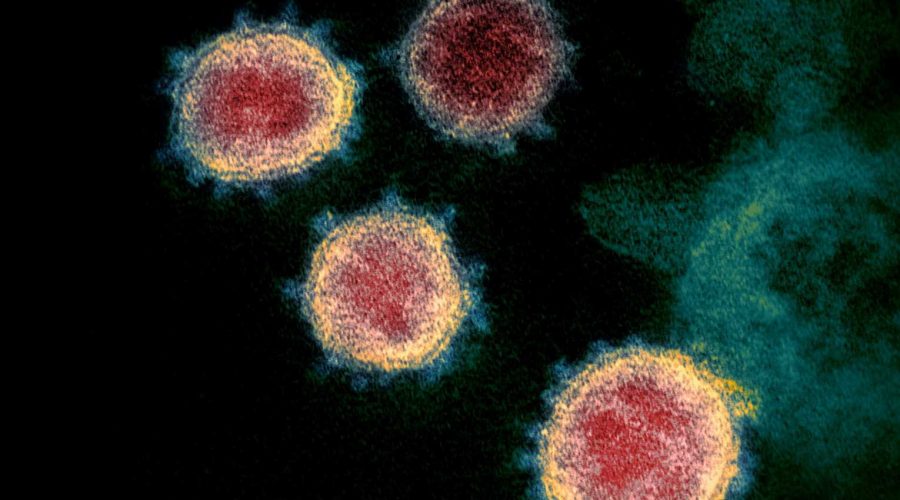 A NEW Covid variant has been flagged by the World Health Organization.

Mu is only the fifth coronavirus strain to be labelled a “variant of interest” by the WHO, with another four "variants of concern". 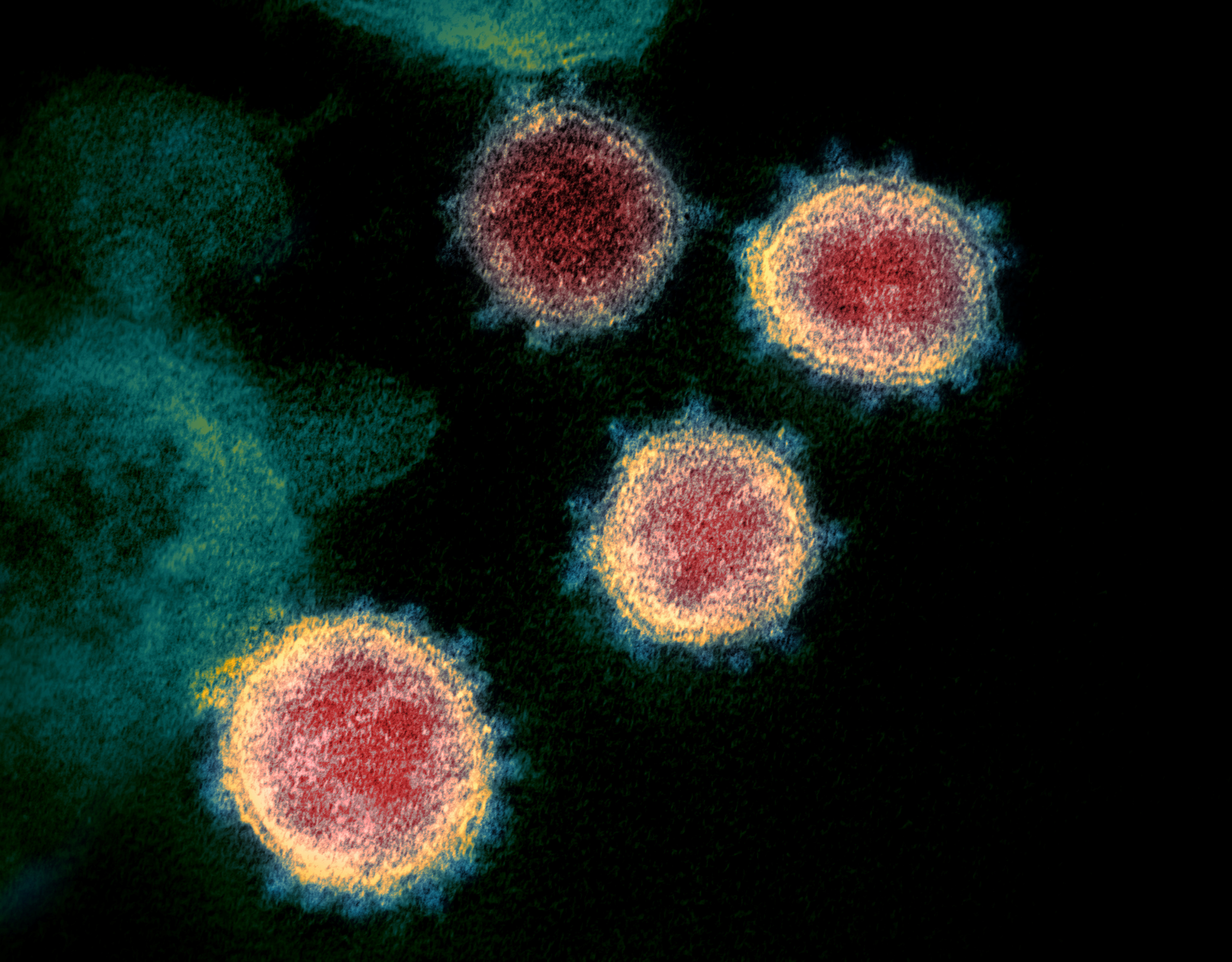 To get this label, it means Mu threatens to spread faster, cause more severe disease, or avoid immunity.

It also means it has a growing prevalence worldwide and may become an emerging risk.

What is the Mu variant?

Mu scientifically called B.1.621, given the name “Mu” to fit with the WHO’s Greek alphabet labelling system of variants.

Dr Paúl Cárdenas, a specialist in infectious diseases, told BBC Science Focus: “I am glad [Mu] was finally assigned as variant of interest by WHO.

“This variant was first reported on Colombia in January and we found it in May in Ecuador.

“It caught our attention as it has several mutations similar to Beta, and some with Iota, Delta, Alpha and Eta.”

Other variants such as Delta and Alpha are more transmissible than the original coronavirus strain first seen in Wuhan, China.

As of August 8, it had infected over 50 people in the UK and is spreading across the US.

Some of Mu’s mutations are new and it is not clear what their potential is.

Where has the Mu variant been detected?

The Mu variant was first detected in Colombia in January 2021.

It has now spread to 43 countries. Infections have been recorded in South America and Europe. 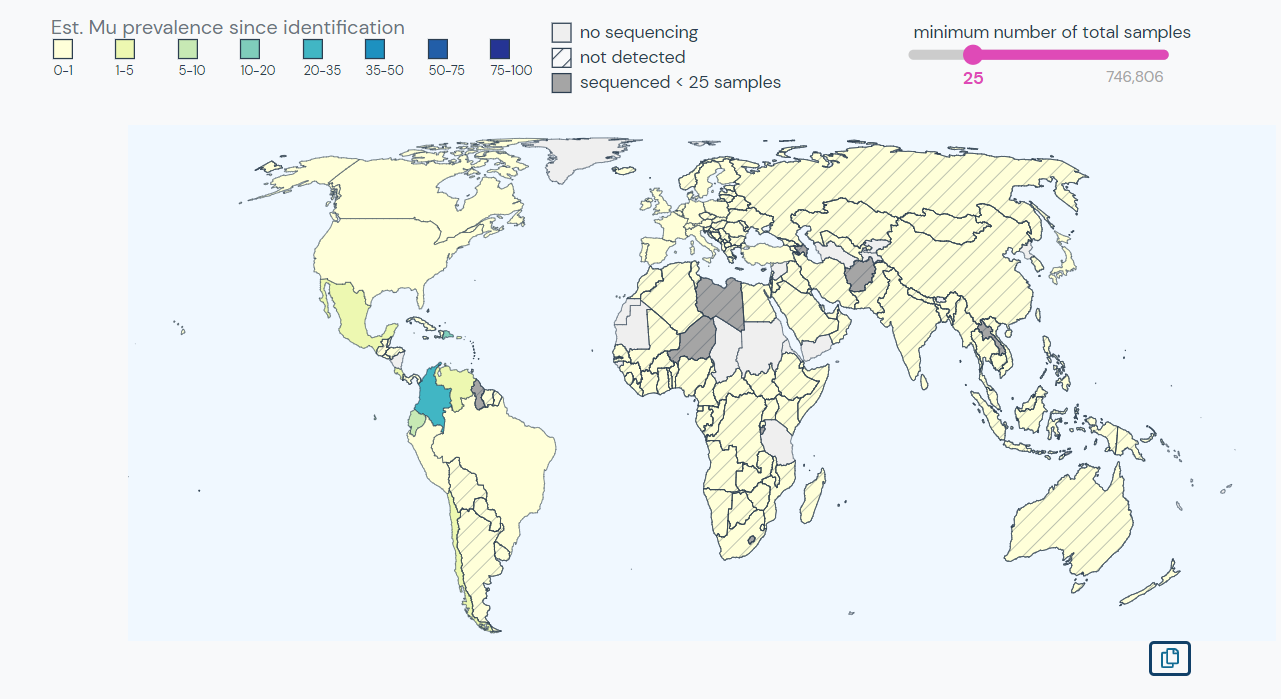 How contagious is the Mu variant?

The infectiousness of the Mu variant is not yet understood.

But looking at its mutations, it does have the potential to be faster-spreading than other strains.

It does carry a mutation which is found in the Delta variant, which rapidly became dominant in the UK, according to the European Centre for Disease Prevention and Control.

In an article for Forbes, American scientist William Haseltine, who was a professor at Harvard Medical School, said it had mutations that “contribute to highly increased transmissibility”.

What are the symptoms of the Mu variant?

It's too early to know if there are specific symptoms that relate just to the Mu variant.

But if it follows the traditional pattern of the latest variants to hit, which is likely, symptoms such as a cough, fever, headache, sore throat, loss of smell or taste or a runny nose are likely.

Delta, which is currently the most widespread Covid variant, presents as a mild cold in some people – especially those who are vaccinated.

A study of Covid symptoms by ZOE also found that sneezing is a common sign of the Delta variant.

We compiled a list of 21 symptoms that mean you should get a test immediately.

Does the vaccine protect against it?

It is not clear yet how well the vaccines will work against the Mu variant, but there are some worrying signs.

The jabs were created to fight the original Wuhan strain of the virus, and so may not be as effective against a new strain it does not recognise.

The WHO said Mu has “a constellation of mutations that indicate potential properties of immune escape”, meaning it may be able to dodge immunity from vaccine and past infection.

It said early data suggests it has similar abilities to the Beta variant from South Africa, considered the most antibody-dodging variant to have emerged.

“But this needs to be confirmed by further studies,” the WHO said.

A study by scientists in Rome found that Mu is killed by the Pfizer vaccine, but that effectiveness was lower than other variants.

How many cases are there in the UK?

Mu has been detected 55 times in the UK, according to data.

But they don’t sequence them all, so there may be some people carrying the variant who have not been recorded.

The strain has been called VUI-21JUL-01 by Public Health England. 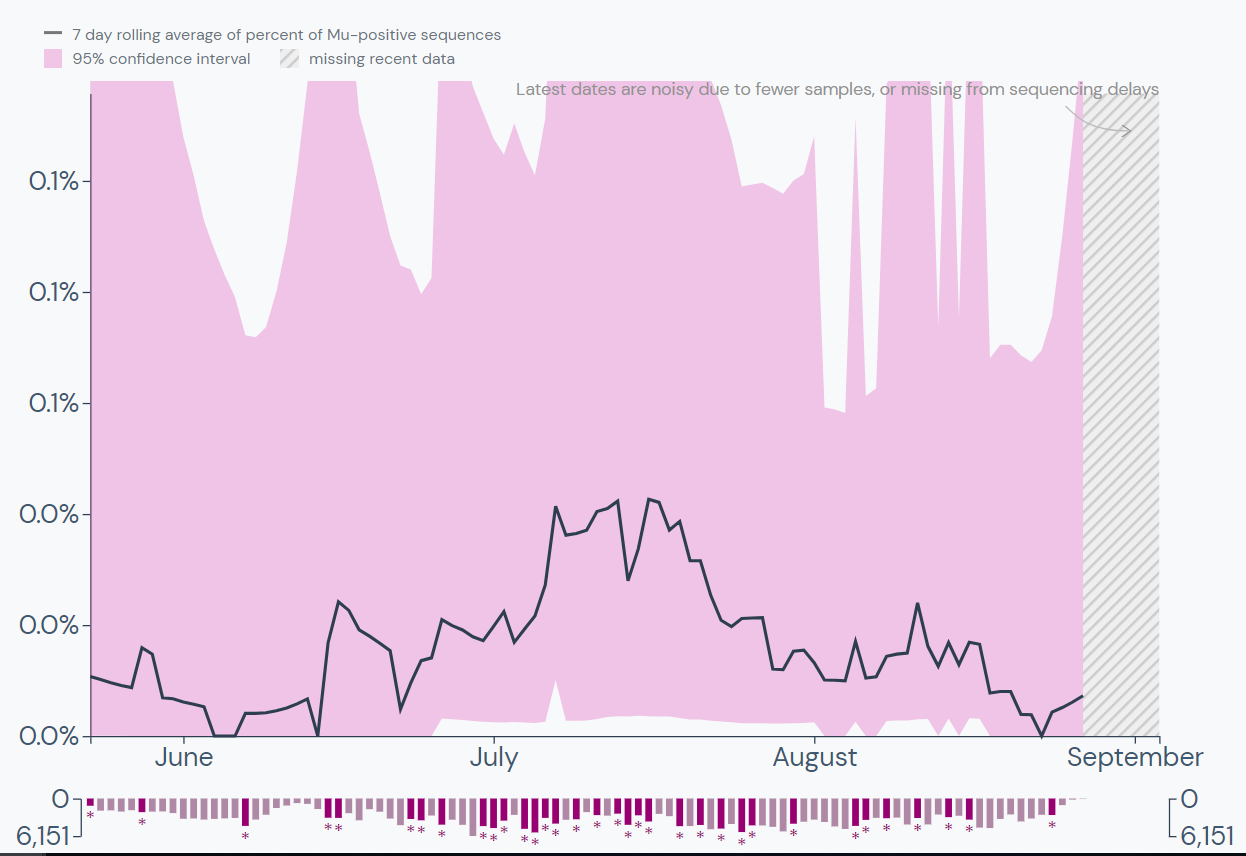 09/08/2021 lifestyle Comments Off on What is the Mu variant and what are the symptoms?
Recent Posts