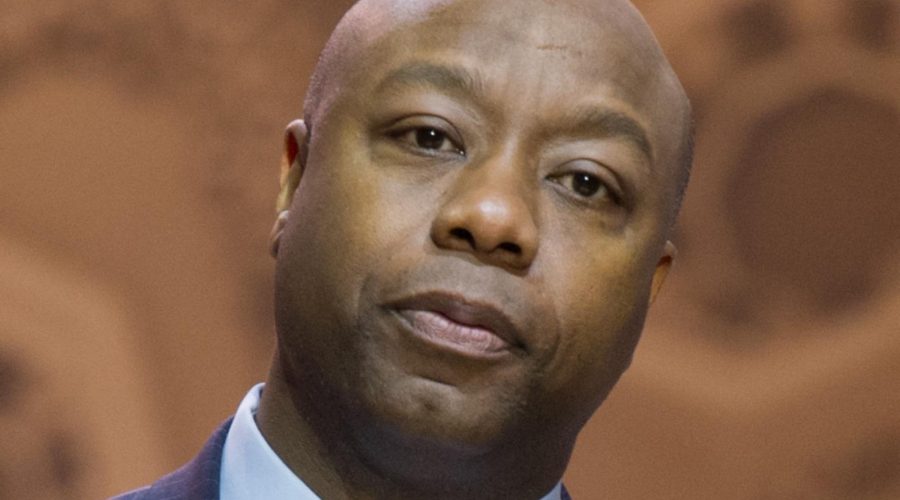 Senator Tim Scott delivered the official GOP response to President Biden’s first joint address to Congress on Wednesday (via NPR). After Biden addressed issues with race in this country and how “we have to deal with” Black Americans being left behind, Senator Scott rebutted the statement saying that “America is not a racist country.”

Republicans like Senator John Neely Kennedy praised Scott’s remarks, and even said, “Clearly we have people in America who feel contempt for our country” (via The Washington Post). However, many people criticized the senator’s speech, and claimed he was being a Black apologist. As the GOP’s only Black senator, South Carolina-based Democratic consultant Antjuan Seawright said that Republicans “seem to come to” Scott when there are issues with race (via the Associated Press). He has even been described as the GOP’s Black scapegoat when they need to prove they’re not racist, according to The Root. Whether that is true or not, it should be noted that being the only current Black senator in the GOP is something that makes Scott unique. According to The Washington Post, it gives him a chance to speak up, educate his colleagues, and give a different perspective.

Along with being the only current Black senator representing the GOP, Scott is also the first African American ever elected to the Senate from the South, according to Vox. He is also one of only 11 Black senators in all of U.S. history (via the Associated Press). Because of this, Senator Scott has the ability to address certain racial questions from both a personal and conservative standpoint, unlike his colleagues. It makes him a unique voice in his party, and that’s why he is a contender for the 2024 presidential elections, according to RealClearPolitics.

However, there is still some time before the next election and things can always change. But, according to Newsweek, after the success of Scott’s speech, he received praise from both House Minority Leader Kevin McCarthy and Senate Minority Leader Mitch McConnell. That suggests that he has a good chance, despite currently only having a 3.4 percent probability of being nominated.

He used to play football in high school and college

Before he was in politics, Senator Scott was hanging on the football field. The senator was once the star running back on his high school varsity football team, according to Politico. He was so good that he had recruiters coming to his games from some of the biggest schools in the country. Scott ended up going to Presbyterian College on a partial football scholarship (via The Washington Post).

His time at Presbyterian College was short, though, because the senator transferred to Charleston Southern University, from which he graduated in 1988. Scott earned a bachelor’s degree in political science, which he now uses in his day-to-day as a U.S. Senator. However, he almost took a completely different career path. According to The New York Times, Scott thought about joining the seminary in college after finding his faith in school. After much contemplation, Scott decided to focus on business and the rest is history.

Senator Scott would love to have six kids one day

Having such a pivotal role in the Senate and on the GOP, Senator Scott is a busy man. He’s so busy that it seems he has no time for relationships. The senator has never been married and is not currently linked to anyone, according to The Focus. However, he has said that he would love to get married one day and have six children of his own, according to Heavy. Scott even said that “in the right time, [he] will meet Mrs. Right, and she’ll want to have a couple kids. Or she ain’t Mrs. Right. Right?”

He might not be dating right now, but the senator did tell Politico in 2018 that he was thinking about settling down in his early 40s. He was even dating and getting pretty serious with his girlfriend at the time, but when a seat in the 1st district opened up, he had to choose between Congress and married life. He ultimately chose his career, but when the time is right, he may find love again.

Along with using his status as the only Black Republican in the Senate to bring about a fresh perspective, Senator Scott also used it as a punchline when speaking at the 73rd annual Washington Press Club Foundation dinner (via The State). The senator was asked to speak at the event, which included different journalists and lawmakers, and used his time to crack jokes about his experience in the Senate.

One of Scott’s jokes included calling himself a unicorn, because “people don’t believe [Black Republicans] actually exist.” At one point he referred to himself as the “Head Brother in Charge” (via The Post and Courier). The night is meant to be somewhat of a roast, and having both Senator Scott and Representative Cedric L. Richmond speak at the mostly white event, it allowed the two to really focus on racial themes, according to The Washington Post. Scott even gave a shout-out to the “three black people” in the room, and that didn’t include his Chief of Staff Jennifer DeCasper. DeCasper is one of the only Black chief of staffs in the Senate, according to Custom CPH.

Before Congress, Tim Scott had a few side businesses

In college, Scott had the choice of following his faith or going into business. He chose the latter. In fact, before joining Congress, Scott had a very successful Allstate agency (via VantageScore). He even said that, “There isn’t a day that goes by that [he doesn’t] thank God for the opportunity of having owned [his] own business,” because he “appreciated the chance to help folks gain financial stability.”

Along with having his Allstate business, Scott is also a partner at Pathway Real Estate Group LLC, according to the Oxford Union. As a successful businessman in both insurance and real estate, Scott has a respectable net worth of $200,000 (via Celebrity Net Worth). However, it’s way less than other congressmen who have estimated net worths in the millions. According to USA Today, in 2019, Representative Greg Gianforte of Montana had the highest estimated net worth in Congress at $135.7 million.