What do Meghan, Chelsy and Cressida have in common? All Harry’s girls have the same elongated second TOE – proving the prince has always been attracted to ‘natural born leaders’

The Duchess of Sussex may not seem to have much in common with Harry’s exes – fun-lowing Zimbabwean jeweller Chelsy Davy and boho blonde actress Cressida Bonas – but it turns out the three are more similar than you might think.

Extraordinarily, all three of his loves share the rare foot condition Morton’s Toe, which means that the second toe is longer than the big toe.

After observing Meghan’s feet in sandals on the royal tour, This Morning’s solestry – or foot-reading – expert Jane Sheehan was prompted to take a look at his exes too, and has revealed how their common feature proves Harry goes for natural-born leaders

‘The fact that Harry’s always gone for women with a longer second toe, suggests he likes women who are strong,’ Jane told Femail. That doesn’t mean they are dictatorial but they lead by example.’

However, Meghan’s feet show she is willing to compromise, leading to a calmer relationship, and making her a better match for Harry than his previous two long-term girlfriends. 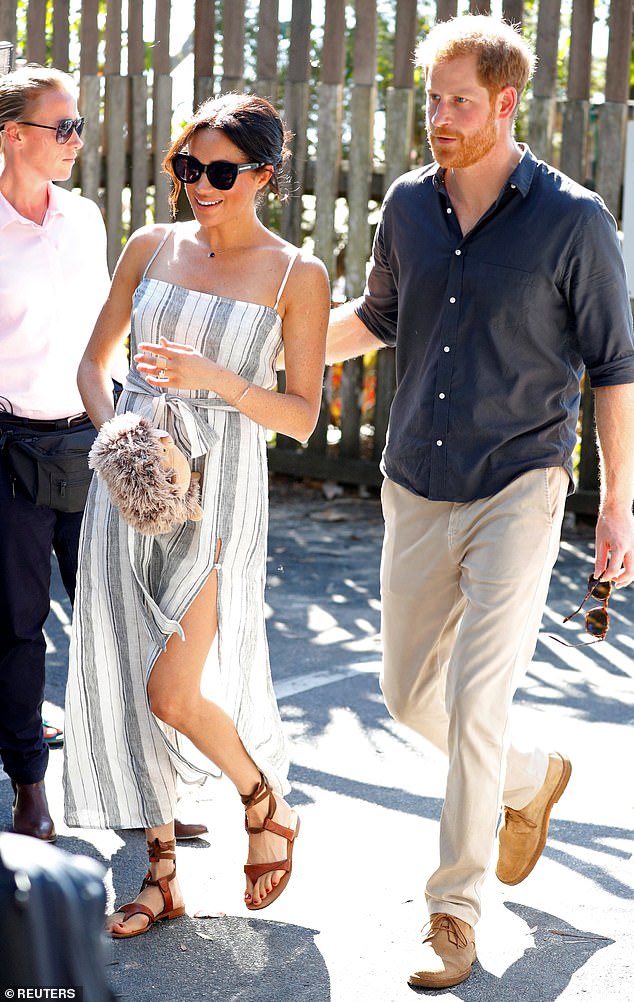 Meghan, pictured on Fraser Island in Queensland with Harry earlier this month, has the rare foot condition Morton’s Toe, which means that the second toe is longer than the big toe 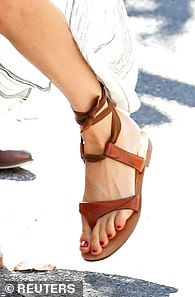 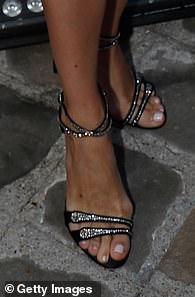 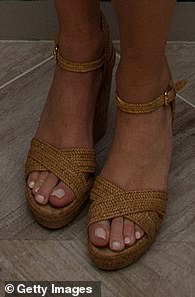 They have something in common! Left to right: Meghan’s longer second toe was visible in a pair of brown sandals she wore on a visit to Fraser Island in Australia. It’s a characteristic she shares with Harry’s most recent long-term girlfriend before her, Cressida Bonas (centre), as well as the prince’s on-off love Chelsy Davy (right)

However, the unique shape of Meghan’s feet point to other qualities that indicate why she’s the right match for Harry, rather than either of his two long-term girlfriends.

‘While they all have leadership qualities, Meghan is better able to delegate things than Harry is,’ she explained.

‘Her big toe leans towards her second toe, suggesting that she has the motivation to help him. So, whilst he won’t find it easy to delegate, she will naturally want to be helpful.

‘Equally he’s more into planning ahead while she’s more about dealing with what is in front of her. They both have the visualisation skill going for them. 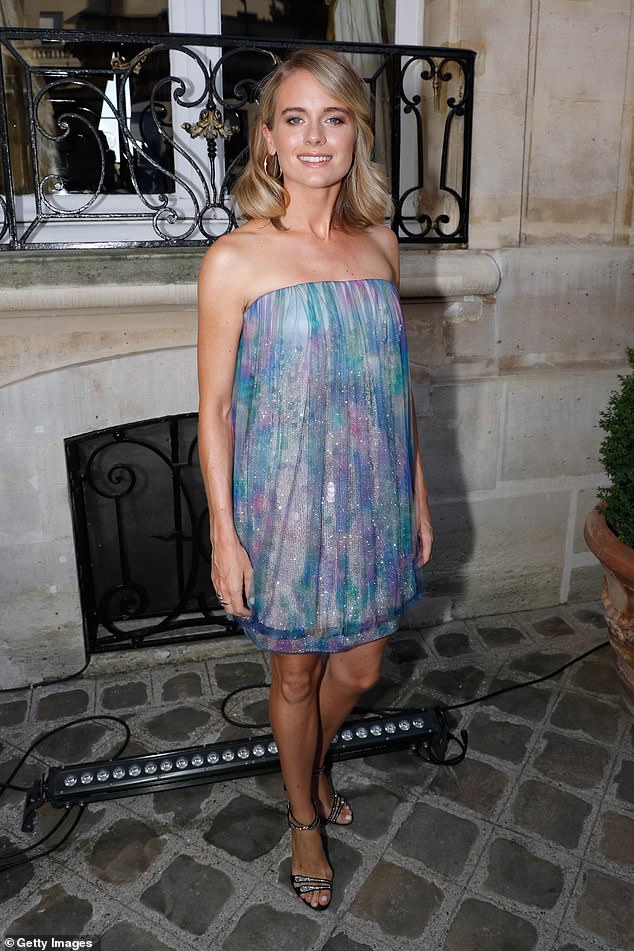 Actress Cressida Bonas, pictuerd at the Giorgio Armani show at Paris Fashion Week in July 2018, dated Prince Harry between 2012 and 2014 after being introduced by Princess Eugenie 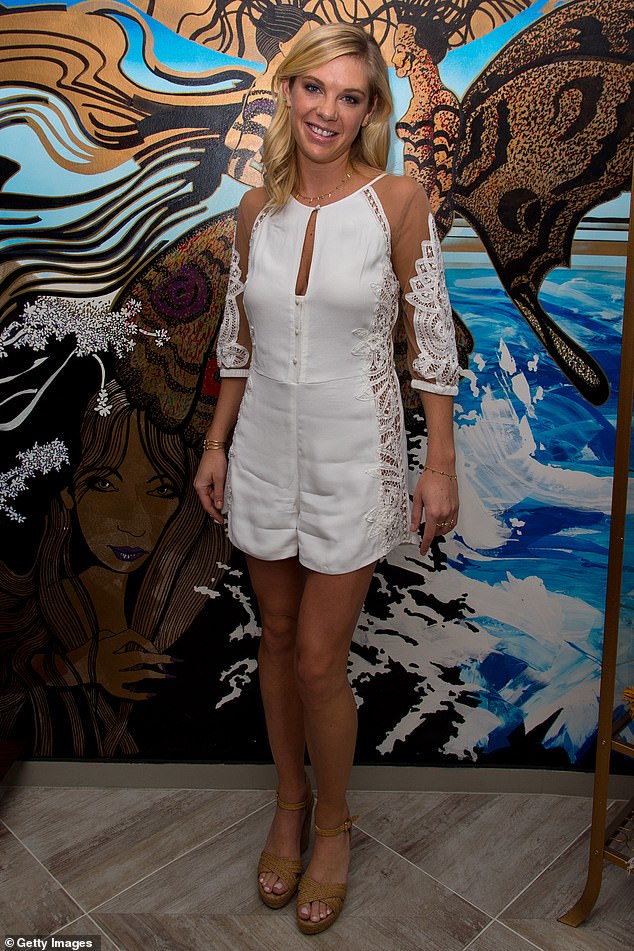 Chelsy Davy, launching her accessories range in June 2016. The lawyer turned jewellery designer dated the prince from 2003 to 2010

They have enough differences and enough similarities to make the relationship work.’

Otherwise known as ‘Greek foot’ or ‘Royal toe’ the disorder, Morton’s Toe, in which the second metatarsal is longer than the first, affects 20 per cent of the population and was once a sign of beauty.

What is Morton’s Toe?

The name Morton’s Toe derives from the late American orthopaedic surgeon Dudley Joy Morton, who said that it was indicated by a congenital short first metatarsal bone, hypermobile first metatarsal segment and calluses under the second and third metatarsals.

Podiatrist Dipesh Raja, who runs the Chelsea practise Footopia, believes her longer toe explains why Meghan appears to wear shoes which are too big for her: when she announced her engagement to Prince Harry, she was snapped in a pair of Aquazzura crisscross suede sandals which had a gap at the heel.

He said: ‘The problem that you get from Morton’s Toe is a problem of gait. Normally when you walk, the big toe takes your weight but in this case it’s your second toe.

‘As a result, the foot shape changes and gets wider and wider. Shoes that were once comfortable become less so. So, to make up for this, people sometimes go for an extra size to get the width.’

The ancient Greek sculptor Venus de Milo has Morton’s Toe as do Botticelli’s Renaissance painting the Birth of Venus, Michelangelo’s David and the neo-classical Statue of Liberty.

Jane added: It looks like Harry has a longer second toe, which indicates leadership qualities, as well as a longer third toe, which suggests extra drive and determination.

‘He believes he can do twice as much as the next person given the same time and resources. I usually tease this sort of person by saying they hate delegating.

‘The tip of his big toe is lifted, just like his Mum, which means that he is highly visual. Like her, he also has hard skin on the side of his big toe, which shows he wears a mask in public so nobody knows what is going on in his head.

‘If he has something difficult coming up – like the speeches he did on the tour – he can practice them in his head, picturing them from all angles, so by the time he comes to do it, he feels like he has done it already. It is a great skill to have when used positively.

‘His third toenail is tilted towards his fourth toe, rather than towards the ceiling the way you would expect, which suggests that he is good at looking ahead, looking at the next steps and planning forward.’ 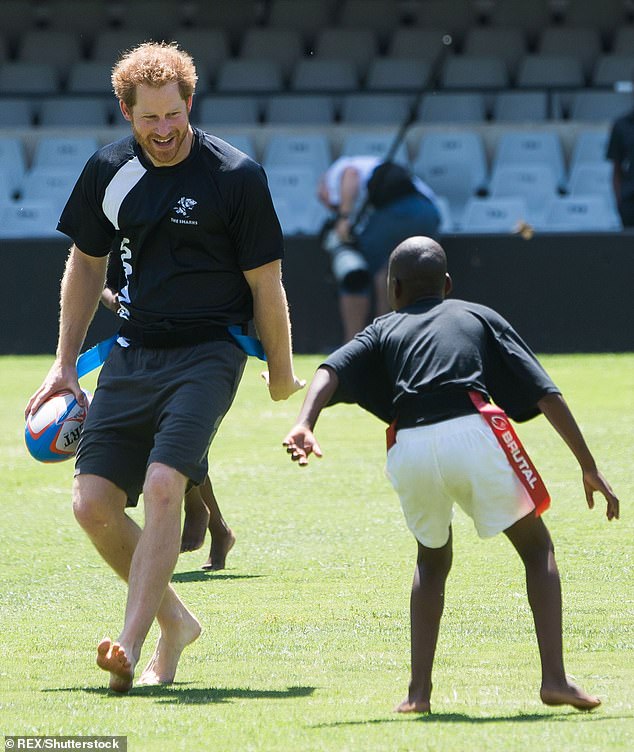 10/30/2018 lifestyle Comments Off on What do Meghan, Chelsy and Cressida have in common?
Recent Posts