The UK has so much to offer when it comes to the great outdoors, and there are plenty of places to walk and explore in every local area. While public footpaths, bridleways and other designated routes are open to the general population, there are several laws which govern how they can be used. Trespassing is a known offence that can be committed in these spaces, but did you know that even stopping for a picnic could be fineable in some places? These are the three things you probably didn’t know count as trespassing in England and Wales, and other laws you should know.

Long, sunny days and consistently warm temperatures make summer increasingly appealing for walkers to enjoy everything the outdoors has to offer.

Though it may seem easy to think “what could go wrong?”, Michael Buckworth, founder of Buckworth’s law firm has waned that there are several laws you could be inadvertently breaking while enjoying your time outside.

So what are they? 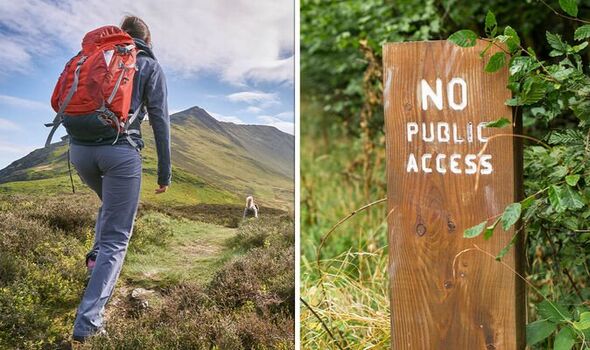 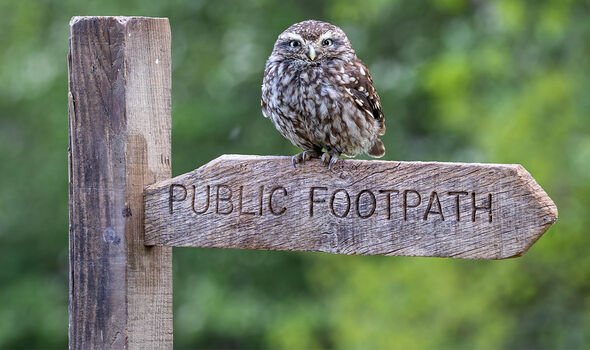 In England and Wales, there are four types of right of way set out for cyclists, pedestrians, horse riders and motorists.

While these may seem hard to get wrong, there are some very simple mistakes you could be making on your travels.

According to Michael Buckworth, the founder of Buckworths law firm, these include:

Mr Buckworth told Express.co.uk: “Rights of way must be used by the correct classes of user, so if you use a motorbike or ride a horse on a public footpath you commit trespass.”

To avoid this, make sure that you know what type of right of way you are on and stick to those that you are permitted to use. 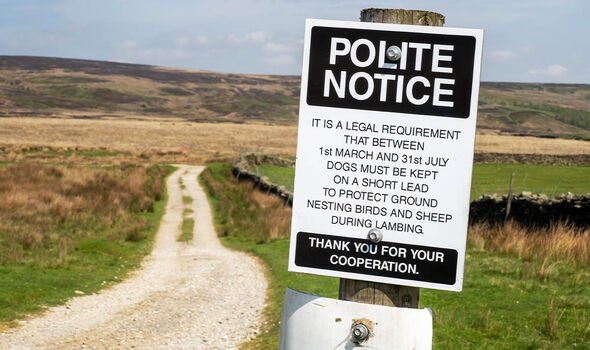 Stopping for a picnic

Taking a short break on your walk is not illegal in any way, but stopping for a lengthy picnic could be a problem in the eyes of the law.

Mr Buckworth said: “You are allowed to walk along rights of way and pause for a short break to rest including for refreshments. However, technically you are not permitted to settle in for a long languid afternoon picnic.”

Instead, keep breaks short and avoid pitching shaded tents to loiter in for the afternoon, as this is classified as trespassing.

Most rights of way and paths cross private land which means the land owners have an obligation to keep the space free from obstruction.

While the owner is responsible for maintaining the space, the public is also expected to remain on the designated course.

According to Mr Buckworth, doing something as simple as cutting across a field rather than walking along the planned path means you are trespassing on the landowner’s land.

He added: “Trespass is a civil offence rather than a criminal offence in most of the UK and so technically the landowner could sue you.

“However, this is quite unlikely so long as you don’t cause damage or upset any livestock.”

DON’T MISS:
Are there ‘criminal plants’ in your garden? 9 plants you can’t grow [REVEAL]
How to live longer: 5 tips to easily walk 10,000 steps a day [INSIGHT]
Ulrika Jonsson issues plea: ‘DO NOT walk your dog in this crazy heat’ [LATEST] 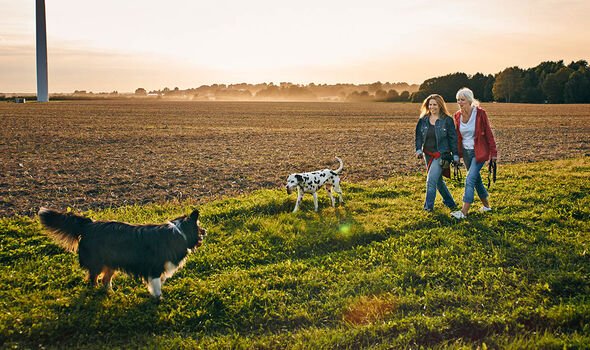 Which other laws should walkers know?

Trespassing isn’t the only offence that can be broken while doing something as simple as walking.

In fact, littering and some dog-walking habits could land you in legal trouble.

Dropping has been an offence in the UK since the 1990s, and is taken very seriously by the police and local authorities.

Both of these bodies have the power to prosecute you, as well as any landowners who wish to bring private prosecutions for littering on their land.

If you are caught littering, you should expect to be dealt with in a magistrates’ court, where you could be hit with a maximum fine of £2,500, or a Fixed Penalty Notice (FPN) served by your local authority up to the value of £150.

While it is not illegal to allow your dog to go to the toilet in public, it is a criminal offence if you fail to pick it up.

Some British councils including Rushcliffe in Nottinghamshire have even drawn up plans to fine dog walkers £100 for failure to carry poo bags.

The law requires your dog to be under close control when on public footpaths and rights of way.

That doesn’t mean your dog must be on a lead, but it must be well-behaved – especially around livestock.

This is outlined in section 9 of the Animals Act 1971, which states that: “The owner of livestock, the landowner or anyone acting on their behalf, is entitled to shoot any dog if they believe it is the only reasonable way of stopping it worrying livestock.”

07/17/2022 lifestyle Comments Off on ‘What could go wrong?’ Six surprising laws you could be breaking on country walks
Recent Posts