TWO blokes who both tragically lost babies found a way to let dads express their grief – through pink socks.

Lewis Keywood met James Fryer at the gym and they unexpectedly opened up to each other after never talking to anyone about their grief. 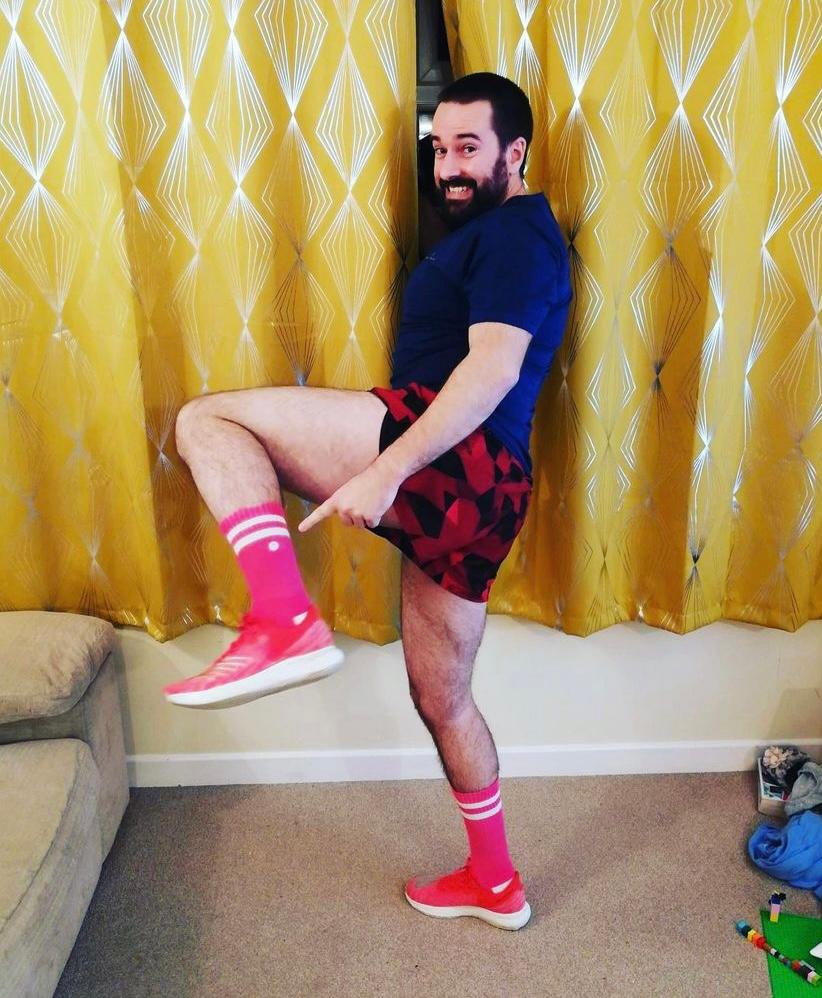 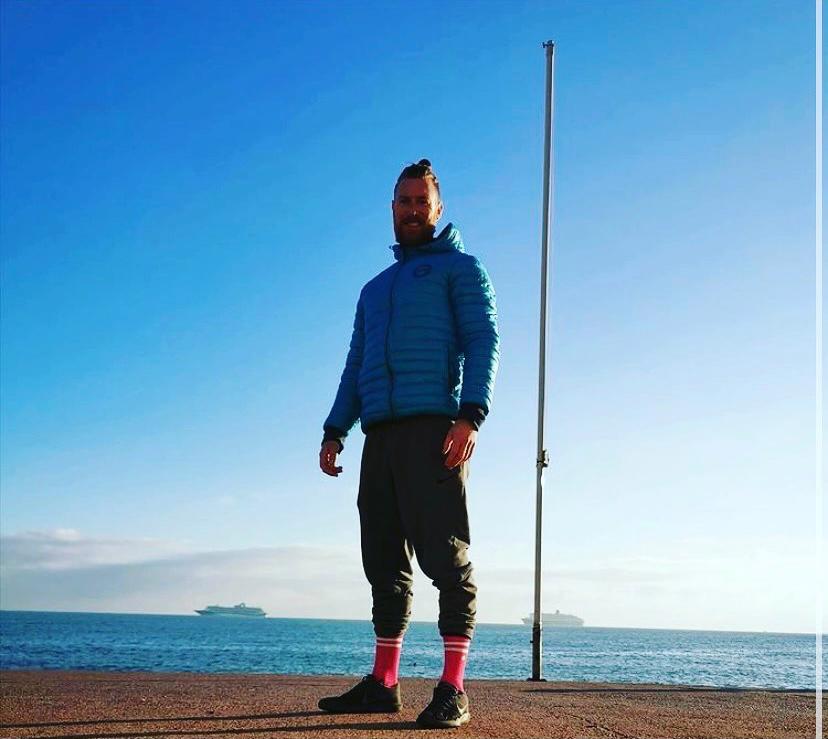 They decided to club together to create something so that dads who have lost a baby can easily spot each other.

It makes bright pink socks that can be worn by anyone who has gone through the tragedy, or those wanting to support the charity Tommy's.

To date they have sold over 1,200 pairs, raising over £5,600 for the charity, with a backlog of orders for thousands more.

Lewis, who is married to Vicky, 34, said: “I’m a proud father to our daughter Ruby who recently turned nine years old; I am however, a father to two other babies, neither of whom are with us today.

"Before 2010 I am sad to say, baby loss was a subject I knew very little about. To me it was an extremely rare occurrence and something you only ever heard about when it was a news topic – which was also rare.

"Fast forward to the middle of 2010 and I then realised just how shockingly common it actually is. Vicky and I lost our son, during the second trimester. Why did this happen to us, what did we ever do wrong to deserve this?

"That day in March 2010 will never leave me. At 28 weeks we were told the placenta had burst. Seeing our son being born on a scan bed, shortly after being told all was fine with the pregnancy, it ripped me to pieces.

"The one question you never get answered is, ‘why?’. Almost 11 years later, that question still isn’t answered.

"Through Tommy’s we were offered some counselling, half a dozen face-to-face sessions, which helped massively, but those wounds never really heal."

He said his partner suffered from depression, and he also struggled with the heartbreak.

But he said his friends never seemed to be able to talk about it.

He added: "I guess it’s a man thing, you’re expected to move on. But we’d spent months planning a future with our son, and suddenly that future was ripped away.

"Just over a year later we were overjoyed to find out we’d conceived again, and welcomed Ruby into the world in the summer of 2012, but again, everyone assumed that made everything better. 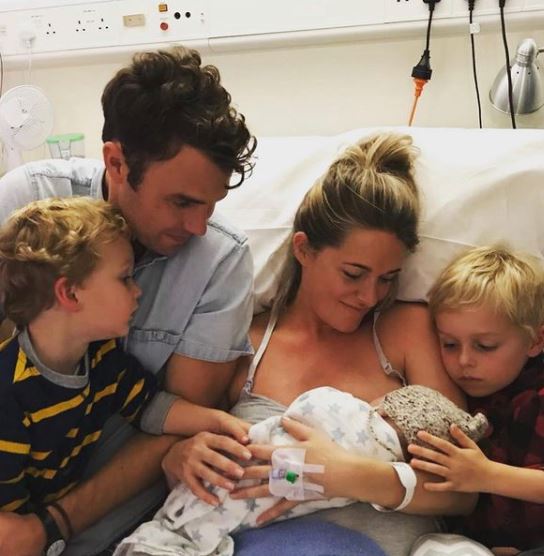 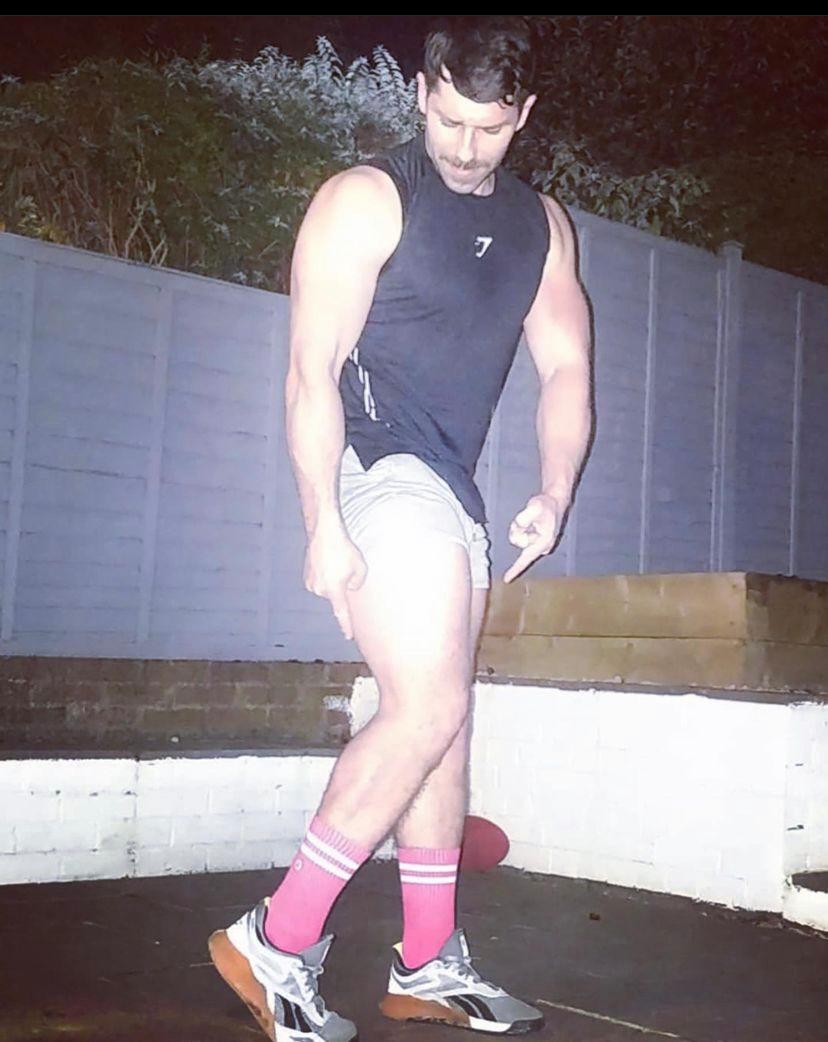 "As someone who’s really into their fitness, I threw my energies into fundraising for Tommy’s through a series of half and full marathons, and even got a tattoo on my arm to represent the son we’d never hold.

"I met James in 2018 when he asked for some PT sessions, and immediately he commented on my tattoo, something very few other men have noticed.

"While this started out as a simple way of dad’s reaching out to dads, it’s more than that, it’s a way to encourage grieving parents to get out the door and stay fit, it’s about anyone wanting to show their support.

"But the biggest message for me is about making you feel like you’re not alone, because on your own it’s almost impossible to cope and move forwards.”

He said: “Gemma and I suffered two late miscarriages before Toby was born, then another one after we had Kit – but when people hear you’ve gone on to have a child they assume everything’s fixed, when it’s not. 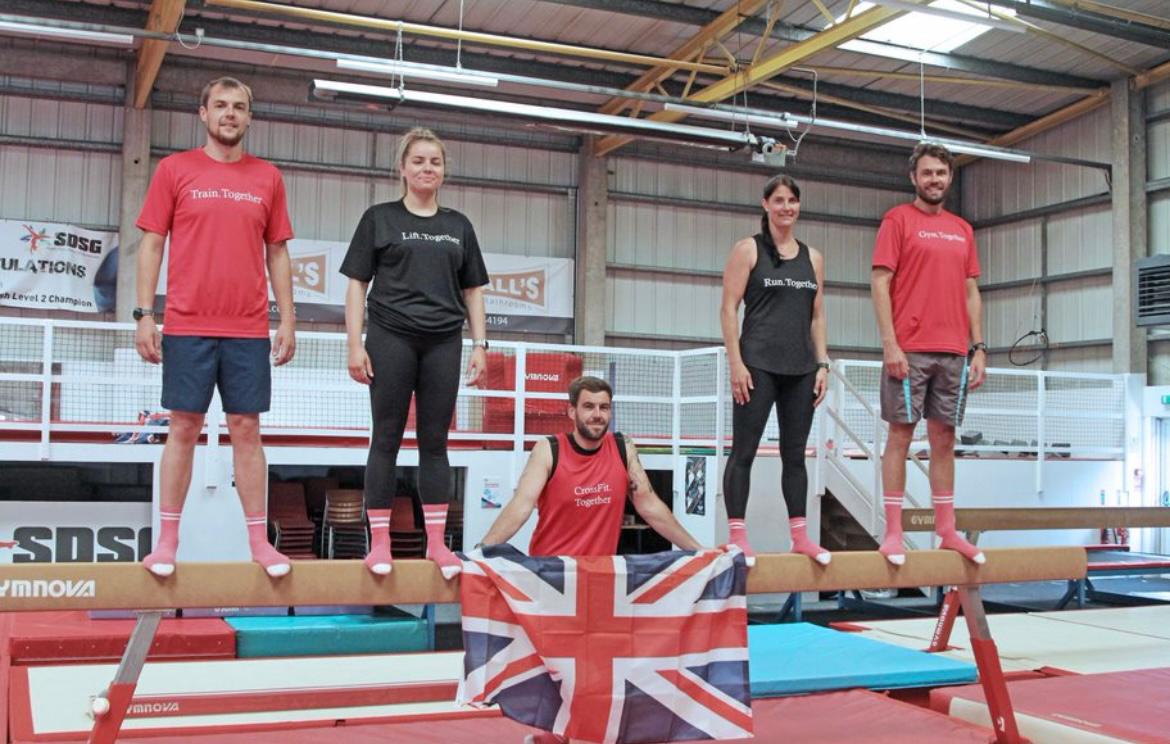 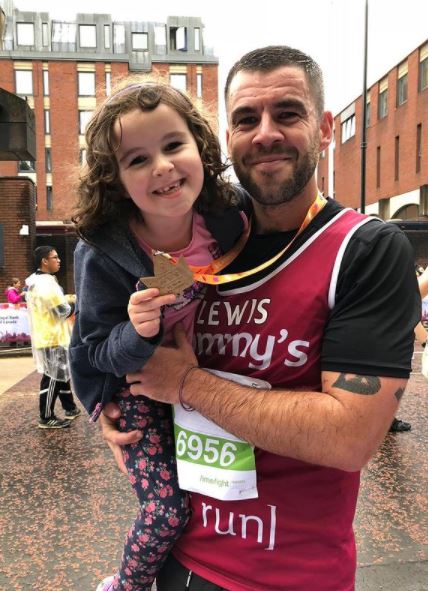 "With our current pregnancy, on New Year’s Eve we thought Gemma was having yet another miscarriage, and rushed to hospital – scans showed we’d been expecting twins, and one of them had sadly passed away, which is a massive mix of emotions.

"Over a pint Lewis and I hatched the socks plan – I noticed Lewis loved wearing fancy, even slightly garish socks, and he knew I worked in clothing, so it seemed a perfect match.

"Together, that was the name we came up with again and again, the more we said it the more it made sense. Together Socks, we are all in this Together.

"Not only do socks go together to make a pair, we hope that by wearing our socks parents can be reminded of the babies they have lost and feel like they are together whenever they put their socks on.

"Our aim is to raise money for Tommy’s, but we also want to raise awareness of baby loss and hope our bright pink socks can be a conversation starter.

"We have created some stylish Tommy’s pink socks, designed for sporting occasions and also for casual wear if you’re feeling brave!

"The staff at Tommy’s have supported us from day one and have been beyond amazing with their help. Thank you Tommy’s for bringing people together, for bringing strangers into our lives that have now become close friends, Together.

"Lewis on his own has raised over £20,000 for Tommy’s, and with our socks we’re hoping to smash that in the next year or so – but also to open up a wider community to talk about their experiences."