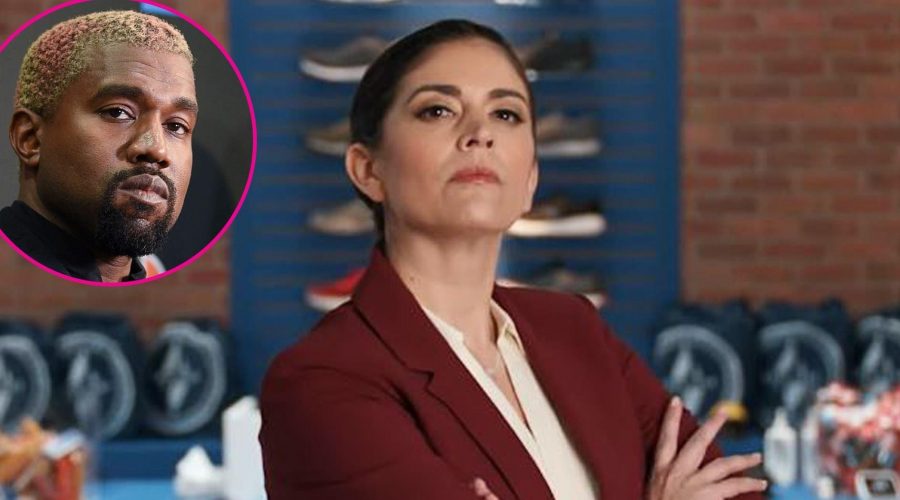 “Kanye West has now been dropped by Adidas, the Gap, Balenciaga and all Bar Mitzvah playlists,” Michael Che quipped during the Saturday, October 29, episode of SNL’s “Weekend Update” segment. “In the wake of Kanye’s anti-Semitic comments, Adidas said it would stop making Yeezy shoes. Fans of Yeezys said it’s the worst thing to happen to them since any puddle.” 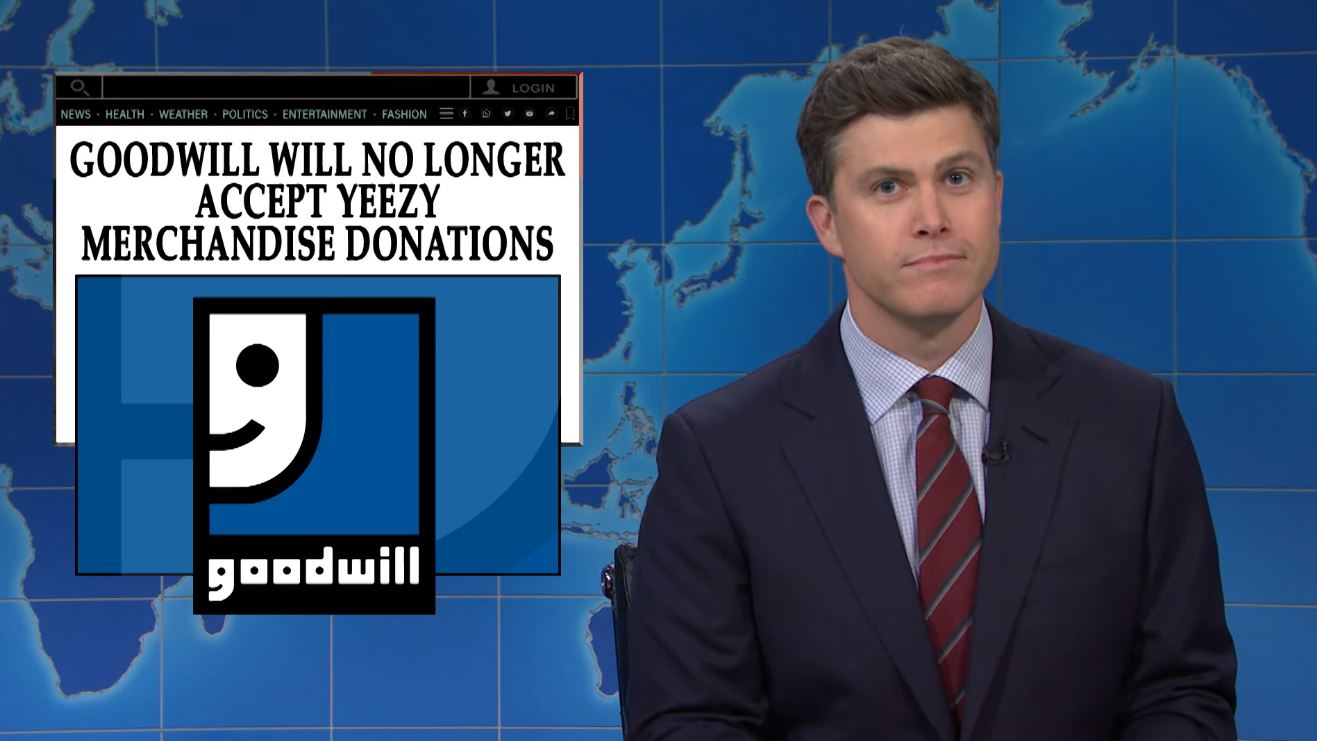 Fellow anchor Colin Jost, for his part, added: “Is it just me or did half the companies that dropped Kanye sound fake? I saw the headline that says, ‘TJ Maxx cuts ties with Kanye.’ I was like, ‘Did Kanye know he worked for TJ Maxx?’ Also, unless we already associate you with Kanye, you didn’t have to announce you’re cutting ties. Like, we didn’t need Peloton to announce [they’re] no longer playing Kanye’s music. Thanks, Peloton, now we can rest easy knowing that we won’t hear ‘Gold Digger’ while we [use] your bike.”

The Yeezy designer, 45, came under fire earlier this month after his Paris Fashion Week show. Both West and Candace Owens wore “White Lives Matter” shirts to the October Yeezy presentation. While the likes of Gigi Hadid, Diddy and Vogue editor Gabriella Karefa-Johnson publicly condemned the rapper’s outfit choice, he continued to defend himself.

Kanye West’s Anti-Semitism Scandal: Every Brand That Has Dropped Him

“I do certain things from a feeling, I just channel the energy. It just feels right. It’s using a gut instinct, a connection with God and just brilliance,” West said during an October 6 appearance on Tucker Carlson Tonight. “People, they’re looking for an explanation and [they] say, ‘Well, as an artist you don’t have to give an explanation,’ but as a leader, you do. So the answer to why I wrote ‘White Lives Matter’ on a shirt is because they do. It’s the obvious thing.” 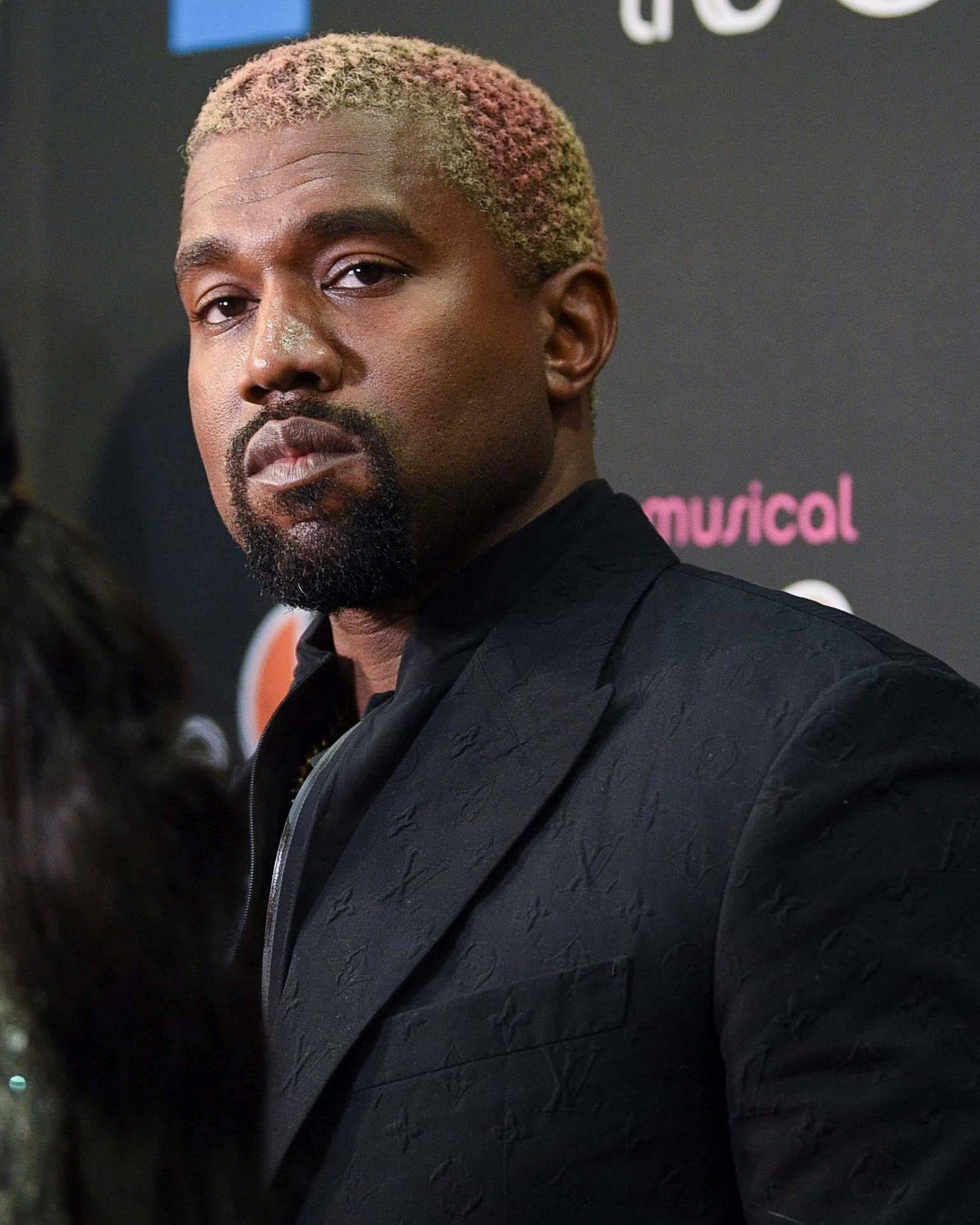 Despite believing in his sartorial freedom, West went on to slam his critics by hurling a string of anti-Semitic messages in retaliation. The Chicago native’s social media accounts were briefly restricted as brands questioned their partnerships with West after he claimed he wanted to go “death con 3” of individuals of Jewish faith. Balenciaga, Adidas, Gap, Vogue magazine and CAA (Creative Artists Agency) have all since cut ties with the “Stronger” artist.

“I will say I’m sorry for the people that I hurt with the ‘death con’ [comments],” the “Heartless” rapper said during an October 19 appearance on Piers Morgan Uncensored. “I feel like I caused hurt and confusion. And I’m sorry for the families of the people that had nothing to do with the trauma that I had been through, and that I used my platform where you say hurt people hurt people. I was hurt.”

Amid the scandal, West attempted to breach the entrance of Skechers’ corporate office in Los Angeles on Tuesday, October 25. The footwear brand’s employees escorted the Grammy winner off the premises, per a Wednesday, October 26, statement, in which they noted they have “no intention” of working with West in any capacity. SNL — which was hosted by Jack Harlow, who also served as the episode’s musical guest — made their own parody of what went down. 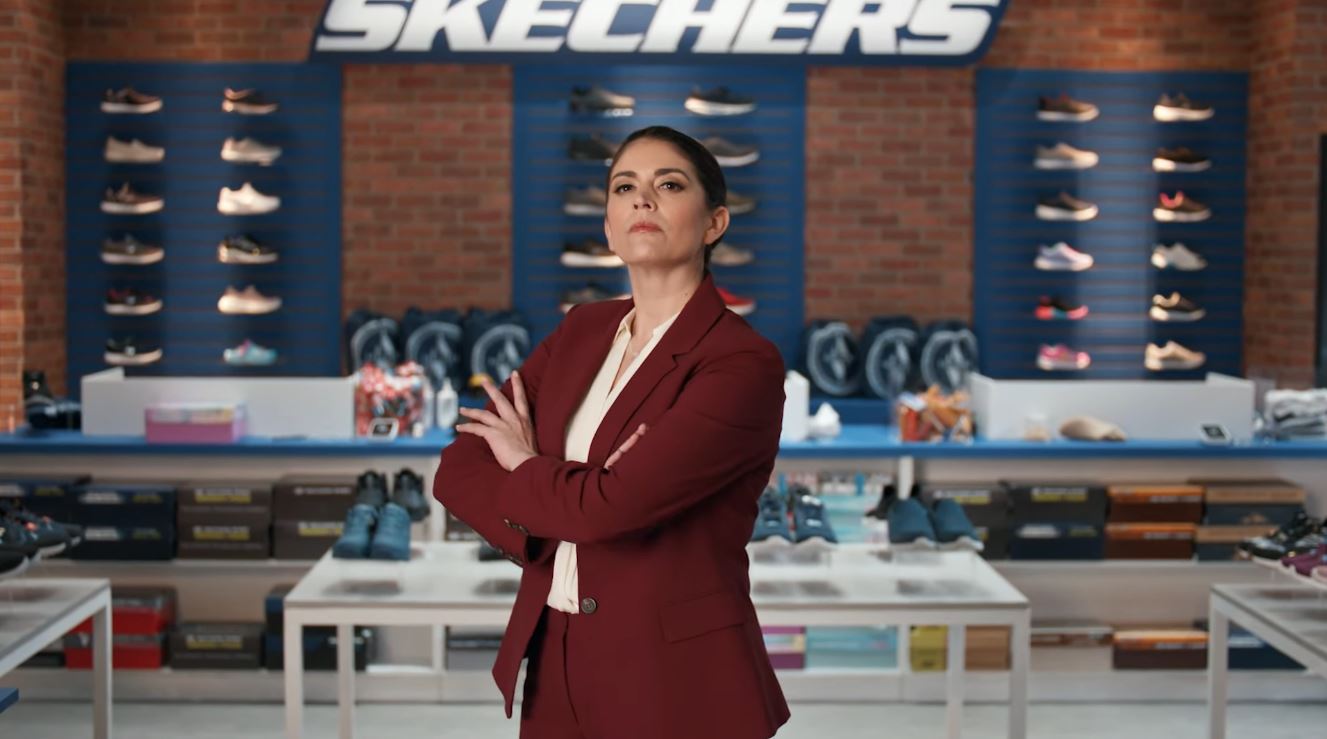 “Here at Skechers, we pride ourselves on two things, making stylish, comfortable shoes at an affordable price and having zero tolerance for antisemitism,” Cecily Strong began a fictional TV ad on Saturday, playing the firm’s marketing director. “Like the rest of the country, we were appalled by Kanye’s horrific comments, and we vowed to never work with them in any capacity, but can we also point out that, of all the companies he could have approached and been rejected by, he chose Skechers.”

The Schmigadoon! star, 38, was joined by cast members Bowen Yang, Punkie Johnson, Chloe Fineman and more to perform the advertising spoof, in which they likened Skechers reps to “heroes” for shutting down West’s business advances.

For more, watch the clip above!