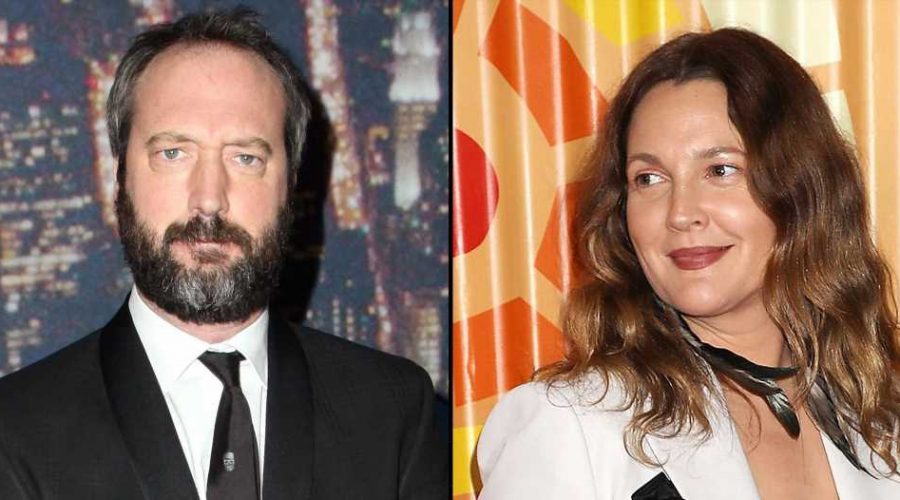 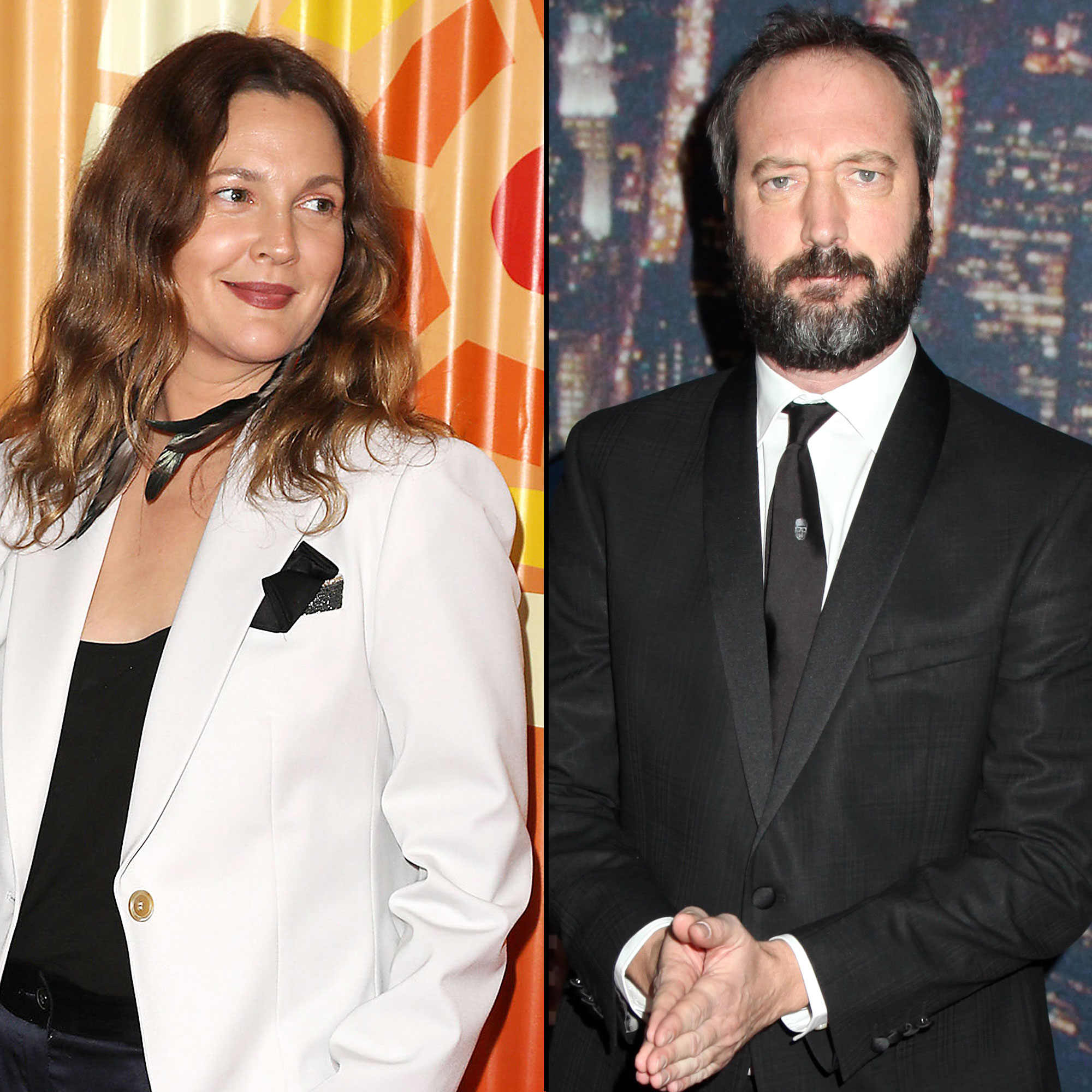 Reunited and it feels so good! Drew Barrymore spoke to her ex-husband Tom Green on a Sunday, September 5, Instagram Live, nearly two decades after their divorce.

Drew Barrymore Through the Years

The actress, 46, was chatting with her followers during commercial breaks while watching School of Rock when Green, 50, joined her. The actor spoke to Barrymore from Canada, and she asked whether he was staying in a cabin they had previously visited together.

“I’m a little ways away from there, but it’s very similar to that place in the sense that there are trees and a lot of fish around and birds and stuff,” the comedian joked. “I’m in the country. There are squirrels running around.”

After Green mentioned that he had moved to Canada “a few months ago” as an “exciting new adventure,” the Golden Globe winner chimed in with a special message for his parents, Richard Green and Mary Jane Green.

“Dick and Mary Jane, will you give them my love?” Barrymore asked. Tom replied that he “of course” would.

The former couple were married from 2001 to 2002. They reconnected last year on an episode of The Drew Barrymore Show. 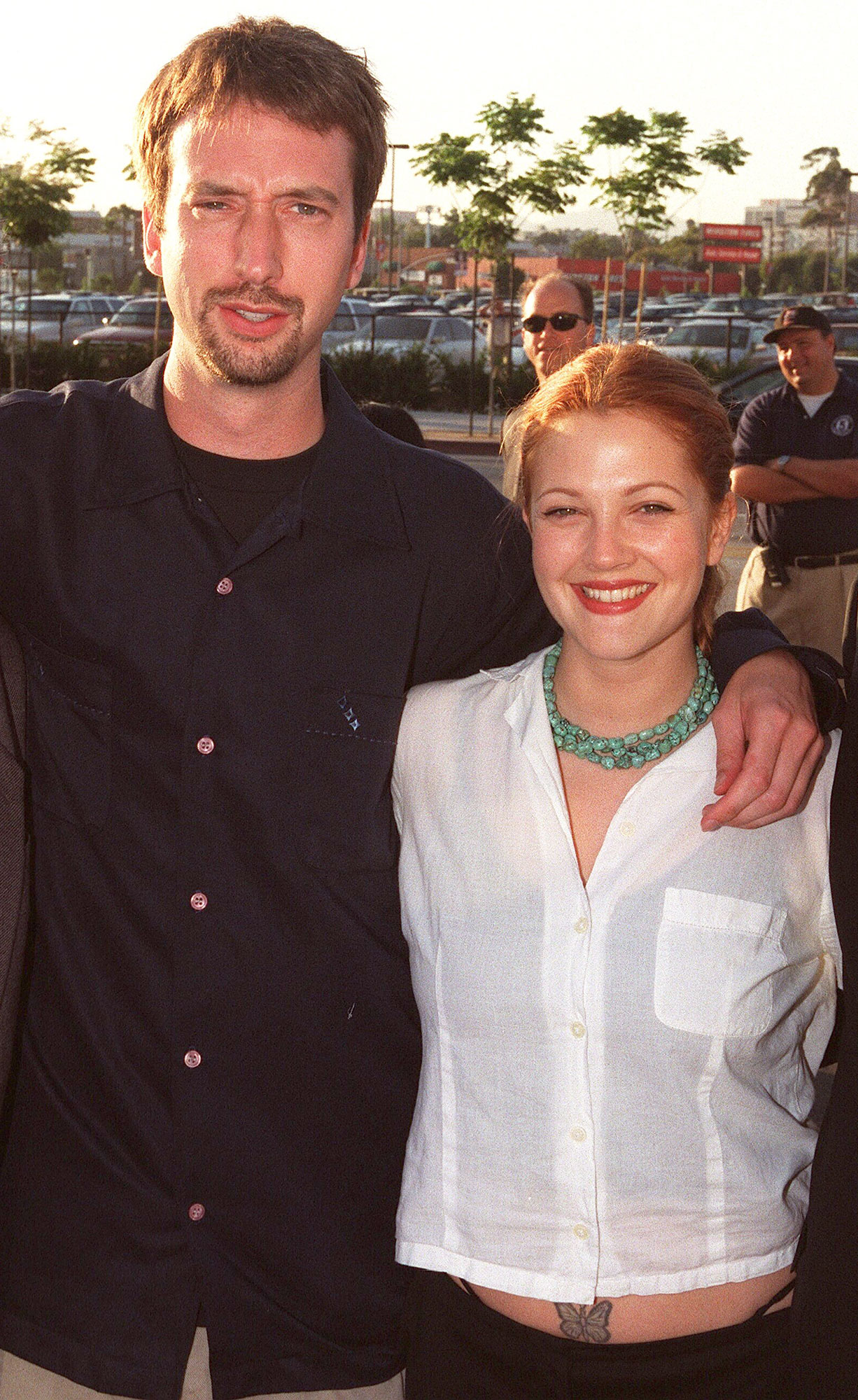 “You’ve had a whole life and I’ve had a whole life,” the talk show host gushed in during their tearful September 2020 reunion. “It’s just really nice to come together and check in and talk, it just thrills me to no end. I think the world of you, and I celebrate you. I always have and I always will.”

Tom replied at the time: “I was so happy you invited me on the show. It’s been too long, it’s nice to reconnect. We really did not talk for about 15 years I guess, and this is really the first time we’ve looked at each other face-to-face in 15 years.”

“There were no questions prepared for that. I had an offline conversation with him because we didn’t want it to be some bougie Hollywood moment like, ‘Let’s reconnect in front of the cameras,” the Santa Clarita Diet star explained in February. “But that said, the thing that I love about Tom was he is one of the first people to have put a camera on his life, when it was a giant fat camcorder and there were no easy phones available. His stuff was on VHS. I remember watching his VHS tapes. So, it’s what gave me the idea. I just said ‘Gosh, would you want to kind of reconnect?’ … I sent him a video and then he sent me one back, and immediately he made me laugh. And that’s, like, my kryptonite, laughter.”

Tom has not remarried since their split, but Barrymore wed Will Kopelman in 2012. She and the art consultant, 43, welcomed daughters Olive, 8, and Frankie, 7, ahead of their 2016 divorce.