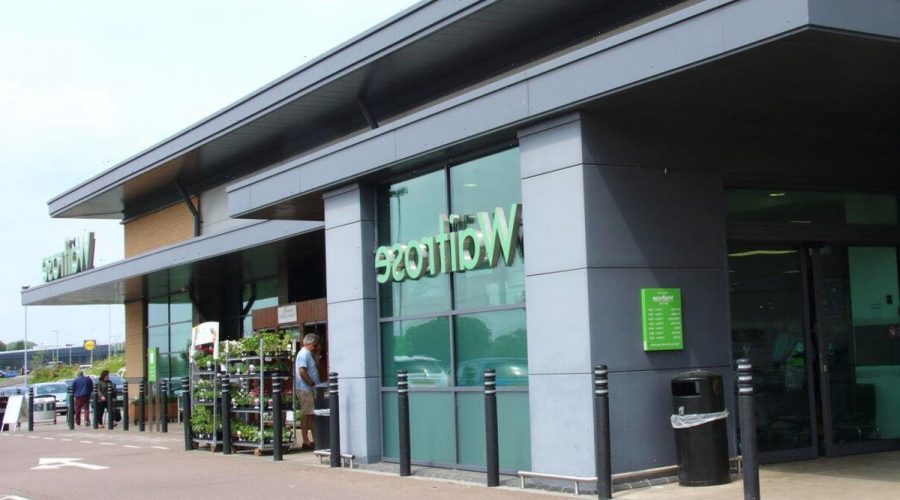 Smoking and vaping: NHS shows difference between the two

Waitrose has been accused of “hypocrisy” for stopping the sale of single-use vapes to save the environment – but continuing to offer cigarettes.

The vaping industry has called the move “virtue signalling” and has slammed the supermarket – the first in the UK to cease selling single-use vapes – for the decision.

Announcing the decision, Waitrose’s commercial director Charlotte Di Cello said in a statement: “We are a retailer driven by doing the right thing, so selling single-use vapes is not something we could justify given the impact on both the environment and the health of young people.

“We had already decided it wasn’t right to stock the fashionable bright-coloured devices which are seeing rapid growth – so this decision is the final jigsaw piece in our clear decision not to be part of the single-use vaping market.”

But industry experts have come out in force to recommend people minimise their environmental footprints by vaping ecologically. They also argue cigarettes are worse for people’s health than vapes.

“If more retailers follow Waitrose’s example, we will leave the cigarette smokers without an alternative to premature death. The way forward is for businesses to engage with vape producers to develop more sustainable ways of using e-cigarettes.

“Usually, you don’t die from vaping. That’s quite a unique benefit of vaping compared to smoking.”

The Office of National Statistics (ONS) has previously said vaping devices such as e-cigarettes had played a significant role in reducing the prevalence of tobacco smoking across the UK.

Last month, the ONS estimated that in 2021 there were around 6.6 million smokers in the UK, which is around 13.3 per cent across the UK and 13 per cent in England.

Neil McLaren, co-CEO at Vaping.com, said: “Waitrose will be happy with some cheap headlines following their decision to stop selling disposable vapes. But the virtue signalling move reeks of hypocrisy since they’re happy to keep selling cigarettes.

“The supermarket should take cigarettes – the most littered item on the planet – off the shelves instead of carping on about vapes.

“If they stop selling cigarettes then they can make a real difference to public health and the planet. But if all they want is cheap headlines, then woke commentary from the PR department seems to do the job.”

Around one in ten people in England, Wales and Scotland vape, data released in September showed.

They are typically up to 80 per cent cheaper than cigarettes.

Mike Cameron, founder and CEO of e-cigarette firm SMOKO, said: “To ban all vapes while they continue to sell tobacco products, sugary drinks and sweets, highly processed foods and if you took it to the extreme – to still sell any animal product does seem hypocritical.

“Consumers make choices on products that they want to buy every day – whether it is based on their dietary requirements or beliefs (aka gluten-free or vegan) or the environmental impact of a brand, so grocers should allow the customer to make that choice.

“Smoking tobacco and cigarettes is the largest preventable cause of death in the UK. So, for a grocery chain to stop selling a product segment that is 95% less harmful is truly misguided.

“However, if they are only stopping the sale of one-time use disposables, then that makes sense.”

John Dunne, director general of the UK Vaping Industry Association, said: “The UKVIA and our members are in discussions with a number of waste companies to create a recycling solution that is fit for purpose for the vaping sector.

“The industry recognises its responsibilities to the environment but the recycling of vapes is not straightforward as it needs collaboration between adult vapers, retailers, manufacturers, the regulators and companies in the waste management sector, which are involved in the current Producer Compliance Schemes under the WEEE regulations.

“Up to now, there has been genuine confusion amongst the vaping sector about their responsibilities under the WEEE directive. Earlier this year the Institute of Environmental Management and Assessment alluded to uncertainty around whether regulations covered the type of batteries found in vapes and also questioned the recycling infrastructure in place to support the sector to be more sustainable.

“It’s why we are working hard as an industry to find a waste management solution that minimises the impact of vapes on the environment, particularly when it comes to single use disposables, so they are seen for what they do best – helping adult smokers kick their habits and save the lives of millions as well as millions  of pounds for the health service.

“We are liaising with DEFRA and the Office for Product Safety and Standards, as well as calling upon our members and the wider industry to innovate products that make them easier to recycle for the waste management sector.”

A Waitrose spokesperson said:  “We sell tobacco products in line with law but also provide alternatives to help users give up.

“While sales of cigarettes have fallen significantly in recent years, the market for disposable vapes is new and growing rapidly – including amongst young non-smokers. These devices also have a damaging impact on the environment so it’s not something we want to be part of.”