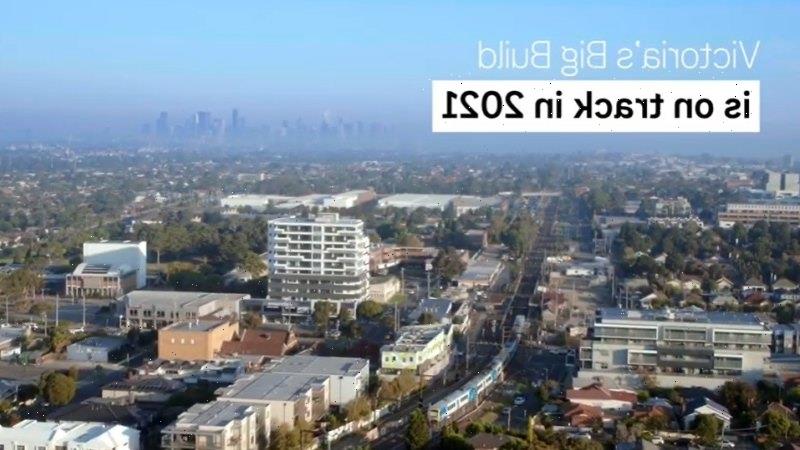 The Andrews government has spent more on advertising than ever before, a belated report from the premier’s department shows, including on political campaigns criticised by the auditor-general for breaking the rules. 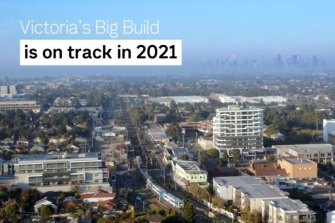 The “big build” advertising campaign was criticised by the auditor-general and partly paid for in the 2020-21 financial year.Credit:Department of Transport

The 2020-21 annual report was published on Wednesday, almost 12 months after the end of the last financial year, a delay the opposition described as a deliberate tactic.

In a six-week period, the Department of Health spent more than $1 million encouraging people not to call triple zero unless they were in an emergency. The campaign followed sustained reporting in The Age that Victorians died waiting on hold to the emergency service operator.

The annual report also includes $2.33 million spent in 2020-21 on the Department of Transport’s “big build” advertising campaign, which was criticised by the auditor-general in April for using taxpayer dollars to promote the government, rather than only providing useful information about the disruptions.

“A small number of advertisements focused more on the Victorian government’s projects than the disruptions,” the auditor-general found.

Government campaigns have to be in the public interest and have no political content, under legislation passed in 2017 to better regulate the funding.

In response to the auditor-general’s findings, the Department of Premier and Cabinet and the Department of Transport argued the $11.52 million campaign was in the public interest and did not breach legislation.

On Wednesday, a spokeswoman said the government needed to inform people in advance of disruptions and the reasons for them.

In 2020-21, the Department of Health also spent $26.22 million encouraging Victorians to get tested for COVID-19 and $12 million highlighting outbreaks and exposure sites.

“Strong public health messaging was critical to the pandemic response and limiting the spread of the virus – that’s why we prioritised public health campaigns,” the spokeswoman said.

In March, the government committed to publishing the 2020-21 report after being called on to do so by the Parliamentary Accountability and Estimates Committee.

“The process has taken additional time and resources this year, due to the complexity of collecting and collating data from two suppliers,” the government told the committee at the time.

Louise Staley, opposition spokeswoman for scrutiny of government, claimed the release of the report had been deliberately delayed, despite the government’s commitment to release it.

“Daniel Andrews has a record of wasting public money to promote himself and is now covering up how much he has really spent,” Staley said.

“The auditor-general has already called out Labor’s illegal advertising, yet instead of more transparency, we get even less.”

The government signed a three-year advertising contract worth an estimated $150 million last year for advertising services with OMD Australia.