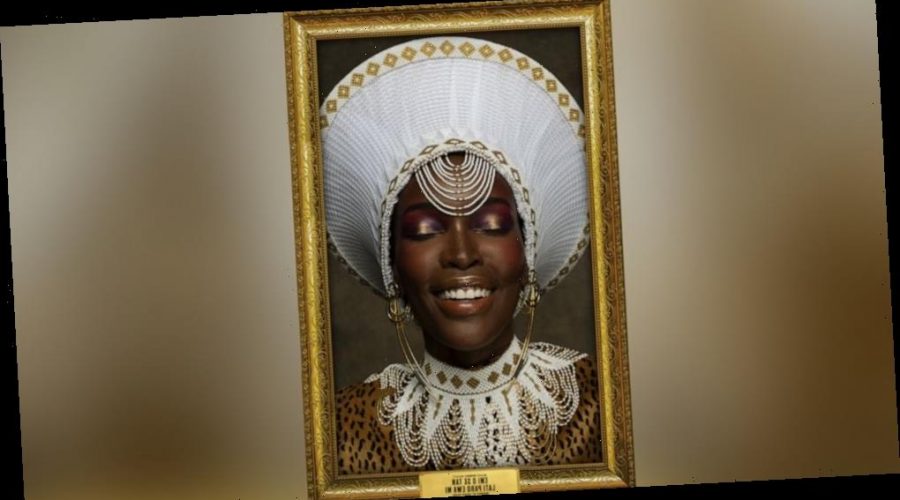 After more than 30 years, “Coming 2 America,” a sequel to Eddie Murphy’s classic 1988 film, is here and UOMA Beauty has the perfect launch to help fans channel some of the movie’s most iconic characters.

The award-winning cosmetics company released its Black Magic Coming 2 America Collection and everything from the makeup products to the campaign imagery feel like a regal nod to the Black beauty captured in the classic film.

Each item from the line was inspired by the country of Zamunda and draws from African royalty with additional focuses on the Fulani tribe in Nigeria, Niger and Chad as well as the Ndebele and Aso Ebi/Aso Oke culture.

Review: 'Coming 2 America' a comedy whose heart remains in the right place

Gigi Hadid makes return to the runway after giving birth

Campaign imagery also features some of the costume designer Ruth E. Carter’s original costumes from the film which all are odes to historic African queens.

Within the lineup of products, you will find rich, highly pigmented hues, glowing metallics and fun names inspired by film such as “Zamundan Sun” and “Peaches & Akeem.”

If you are ready to get your hands on The UOMA Beauty Limited-Edition Black Magic Coming 2 America Collection, it’s available today on the brand’s website as well as Ulta, Nordstrom and several other mass retailers.