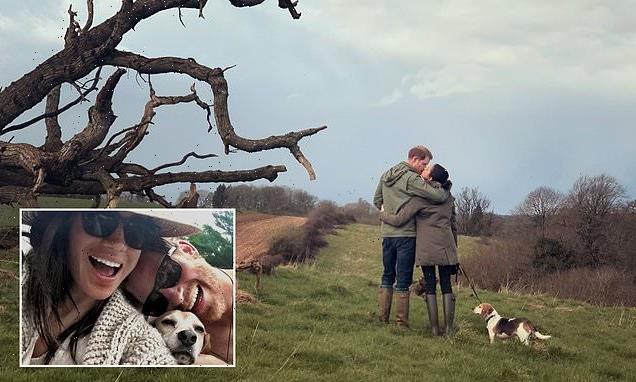 Puppy love: Unseen photos of Harry and Meghan with one of their beloved dogs emerge as Netflix releases bombshell documentary about Duke and Duchess

The Duke and Duchess of Sussex have issued never-before-seen pictures of them walking one of their beloved dogs.

Meghan and Harry’s explosive £100 million Netflix documentary series came out today at 8am.

The six-part series, three episodes of which came out today, has given royal fans a behind-the-scenes look into the couple’s lives.

The two images show the Sussexes walking and cuddling with their pet beagle, Guy. 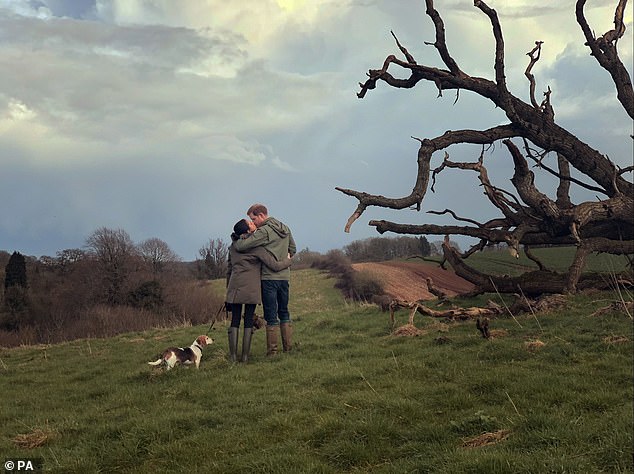 One of the two images show the Sussexes walking and cuddling with their pet beagle, Guy

They recently adopted a new beagle, a seven-year-old named Mamma Mia. They also have a Labrador called Pula.

One shows a countryside scene with the couple embracing on a wintery walk with Guy.

The beautiful scene frames the pair, who are wrapped up in green hunting jackets and matching wellies.

In another picture, which appears to show them in warmer climes, the couple are grinning as they take a selfie with their pet.

The Duke is topless while the Duchess wears a hat and cardigan, and both wear sunglasses. 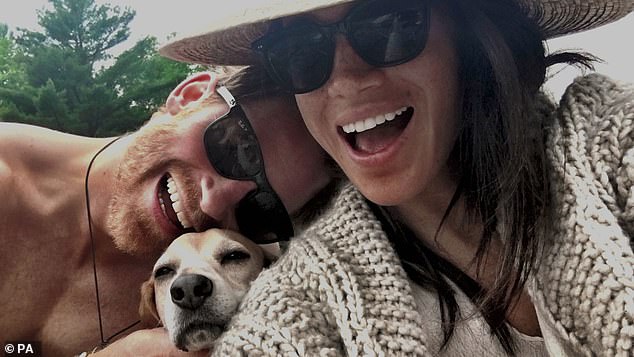 In another picture, which appears to show them in warmer climes, the couple are grinning as they take a selfie with their pet

The adorable beagle has lived with the Duke and Duchess in both the UK and now the US.

He has been by the royal’s side since she adopted him while still living in Toronto when she starred in Suits and moved to Kensington Palace with the Duchess of Sussex in 2017.

The beagle had been just days away from being put down; placed in a ‘kill shelter’ after being found wandering in the woods in Kentucky in 2015.

Harry and Meghan now live with their three dogs and children, Archie and Lilibet, at their $14m, seven-acre mansion in Montecito, California.

Their documentary, the second instalment of which will be out next week, has delighted fans with a slew of images from the beginning of the couple’s relationship.

The Duchess of Sussex appeared bare-faced and with her hair wrapped in a towel within moments of her Netflix documentary series. 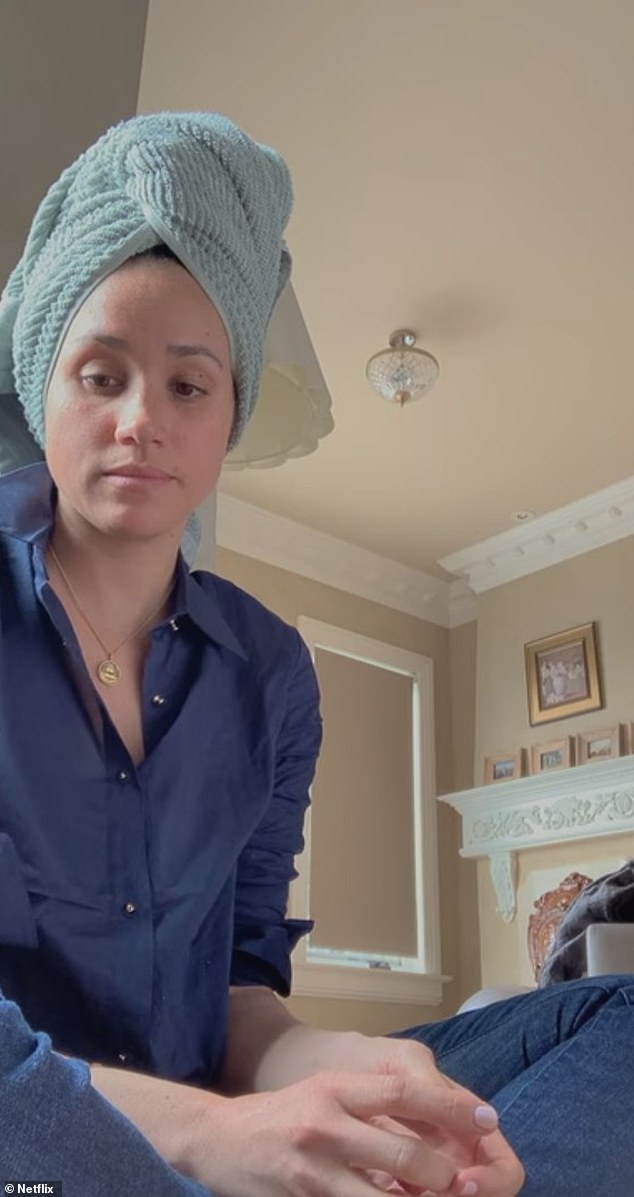 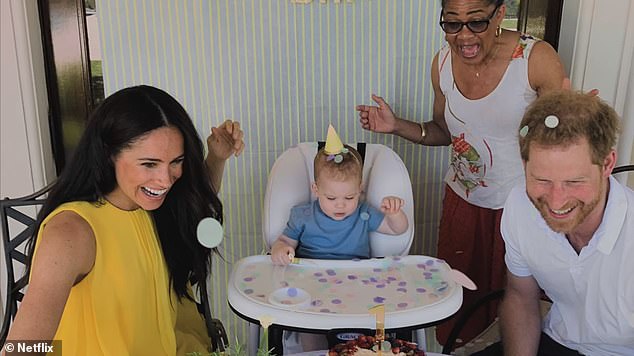 Meghan Markle, 41, reflected on her decision to step back from royal duties in a clip filmed in Canada, with the Duchess shown in a low-key denim shirt and jeans.

In the first episode of the series they also shared a series of photographs and clips of their son Archie.

The sweet images included the little boy seeing snow for the first time and snaps from his first birthday. 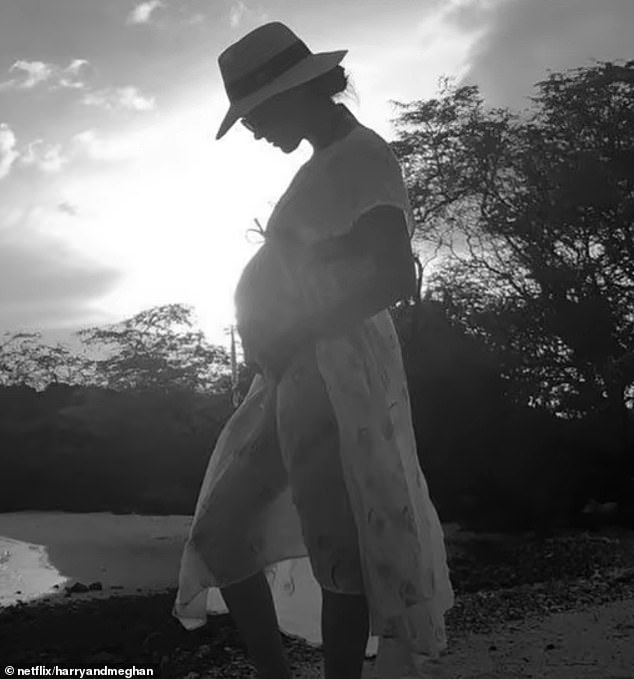 The image of the Duke and Duchess of Sussex celebrating their little boy’s big day is among the first royal fans have seen of Archie because the couple have been notoriously private about him.

Highly personal clips of the little boy show him running on the beach, footage of Archie at their home and the couple snuggling up with the toddler.

One poignant black and white shot – which was revealed in the trailer for the series – also shows Meghan when she was pregnant.