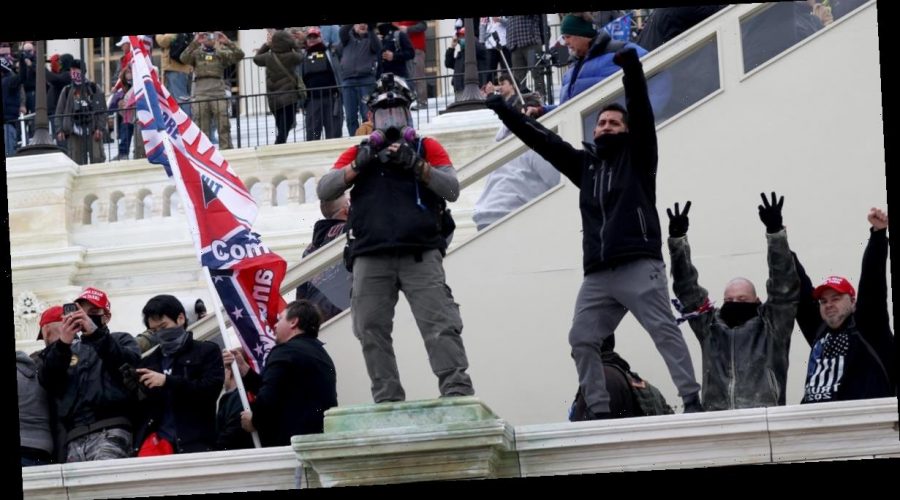 America watched as hordes of rioters broke into the U.S. Capitol on January 6 — crushing through windows, pressing up stairways, and sending both lawmakers and law enforcement running for their lives. The flood of protestors who streamed into the Capitol that day left federal prosecutors with an equally immense task: finding and charging those responsible.

Earlier this month, Acting U.S. Attorney Michael Sherwin said, “The scope and scale of this investigation in these cases are really unprecedented, not only in FBI history but probably DOJ history.”

So far, federal prosecutors have charged at least 158 people for their alleged roles in the riot and opened over 400 investigations into possible criminals.

As law enforcement continues to round up alleged attackers, here’s what CBS News has learned about the people who were arrested:

How many have been charged?

As of Tuesday, authorities had charged at least 158 people in federal court.

Where did they come from?

The rioters come from at least 37 states outside of Washington, D.C. Among those arrested whose home states were known, the most were from Texas and Florida, with 15 Texans and 12 Floridians charged. Other well-represented states included New York, with 10 arrested, and New Jersey, with 9 arrested. California, Pennsylvania and Virginia had 7 arrests each.

How many have served in the military?

CBS News has confirmed at least seven alleged rioters who are veterans and two who currently serve in the U.S. military.

How many have worked in law enforcement?

At least four people worked as law enforcement officers at the time they allegedly took part in the riot, and all have since left their jobs. Houston police officer Tam Dinh Pham and Monmouth County correctional police officer Marissa Suarez both resigned after they were arrested, and two Virginia police officers were fired after prosecutors charged them for their alleged conduct at the Capitol.

How many have extremist affiliations?

How many were women?

While the January 6 mob was largely male, at least 18 women have been arrested for their alleged participation.

How old were those arrested?

Among the 32 defendants whose ages are known, the average age was 40. The youngest known alleged rioter is 20-year-old Emanuel Jackson, a Maryland man who prosecutors say hit police officers with a bat. The oldest was 65-year-old Thomas Caldwell, a suspected member of the anti-government militia group Oath Keepers.

A large portion of the alleged rioters have been charged with minor crimes such as misdemeanor trespassing, but prosecutors plan to add charges for more serious felonies as evidence becomes available. Sherwin said that “almost all” of the cases federal prosecutors have charged involved “significant federal felonies” with potential sentences ranging from five to 20 years.

Federal prosecutors charged at least 74 people with “violent entry and disorderly conduct on Capitol grounds,” a crime that carries a possible sentence of no more than six months in prison, or up to five years if paired with a weapons violation.

At least 15 people were arrested for allegedly assaulting an officer, a crime with penalties ranging from one to 20 years, depending on the circumstances of the assault. Prosecutors said Tuesday that once they have time to review body camera footage, they expect to charge more people with crimes related to assaulting police.

At least six people were charged with felony theft of public property, including Aaron Mostofsky, who was photographed with a U.S. Capitol police riot shield and bulletproof vest and faces up to 10 years in prison if convicted.

How many were released?

At least 39 people have been sent home after posting bail or agreeing to supervised release.

How much evidence exists?

Federal law enforcement has issued more than 500 grand jury subpoenas and search warrants, and the FBI has fielded more than 200,000 digital media tips from people hoping to share evidence of the riot.

A federal judge Sunday blocked the release of alleged rioter Eric Munchel, dubbed “the zip tie guy” on social media after a photo appeared to show him with plastic handcuffs and tactical gear.

PayPal Thursday closed the account of Jenna Ryan, a Texas-based real-estate agent who was charged for her alleged role in the riot and later tried to use the platform to fundraise for her legal defense.

Sherwin said Tuesday that the swift rate of arrests will soon begin to plateau as prosecutors move away from charging the easily identifiable “internet stars” who appeared in photos and on social media and begin to build more complicated conspiracy cases related to militia groups’ coordination during the attack.

01/27/2021 lifestyle Comments Off on “Unprecedented” in FBI history: What we know about the Capitol riot arrests
Recent Posts