Earlier this week, a debate erupted on social media after Marks and Spencer defended its decision to introduce unisex changing rooms to its stores.

Some customers criticised the move, claiming the policy could be exploited and accusing the retailer of introducing it by “stealth”.

Meanwhile, others agreed with Marks and Spencer that the change was a good idea as a part of the retailer’s efforts to be more “inclusive”.

The retail giant said the new policy was in line with other retailers. 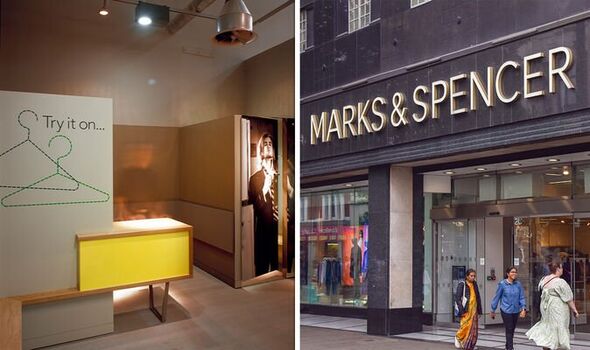 Writing on Twitter, a Marks and Spencer spokesperson said: “Hi, in all of our stores, we have fitting rooms located within our womenswear and menswear departments and each is made up of individual lockable cubicles to ensure every customer feels comfortable and has the privacy they need.

“While they are mainly used by customers of that gender, as an inclusive retailer and in line with most other retailers, we allow customers the choice of fitting room. Thanks.”

The policy has been in place for the past three years and gives customers the choice “of which fitting room they feel comfortable to use”.

At the time, campaigners wrote to chairman Archie Norman claiming the move put girls at risk of voyeurism. 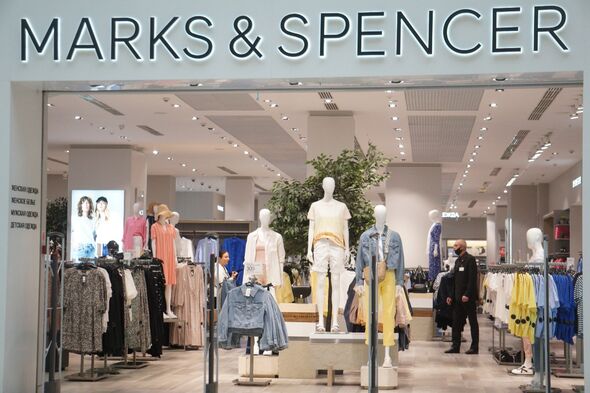 The controversy was brought to Britons’ attention again this week after customers reminded others of the policy on social media.

“She wanted to try on school skirts but we could only find changing rooms with a sign ‘mens fitting room’. Staff told me these were ‘unisex’ and they don’t have female only changing rooms.”

User @b_biffa added: “Dear @marksandspencer, please can you confirm that you’ve added extra security to the ‘others’ changing room.

“Secondly are you regularly scanning for small hidden cameras? Please provide the safeguards you’ve put into practice since removing female only changing rooms.”

Yesterday, August 25, the hashtag #boycottMarksandSpencer went viral on Twitter, with many customers sharing why they will no longer be shopping at the popular retailer.

User @rexdraws wrote: “I’ve told my Nan and all her friends to #boycottMarksandSpencer.”

User @boxofbudgies said: “#boycottMarksandSpencer until they start listening to women.”

Amelia commented: “So when a woman opens the door to ask for another woman to help with a zip, then all the men will see her. Unbelievable M&S I used to be a loyal customer, after this insult to women I will never ever be a customer ever again.”

Other shoppers welcomed the news, telling Britons not to listen to the boycotters.

Kiran Millwood Hargrave said: “Working as a bra fitter in my late teens, we had a few trans customers (that we knew of, probs more) come for fittings and ofc they never, ever made myself (alone in a cubicle w/them) or anyone around them uncomfortable.

“This is manufactured panic so don’t #boycottMarksandSpencer.”

“1. Their changing rooms, like everywhere else, are individual cubicles. 2. Trans people exist, and we’re not going anywhere. 3. No one sensible wants to be within 100 metres of a GC anyway.”

Alison Kriel added: “I’m always bemused when I see things like #boycottMarksandSpencer trend. We all have gender neutral toilets and changing facilities at home. What arrangements do the boycotters make there I wonder?”