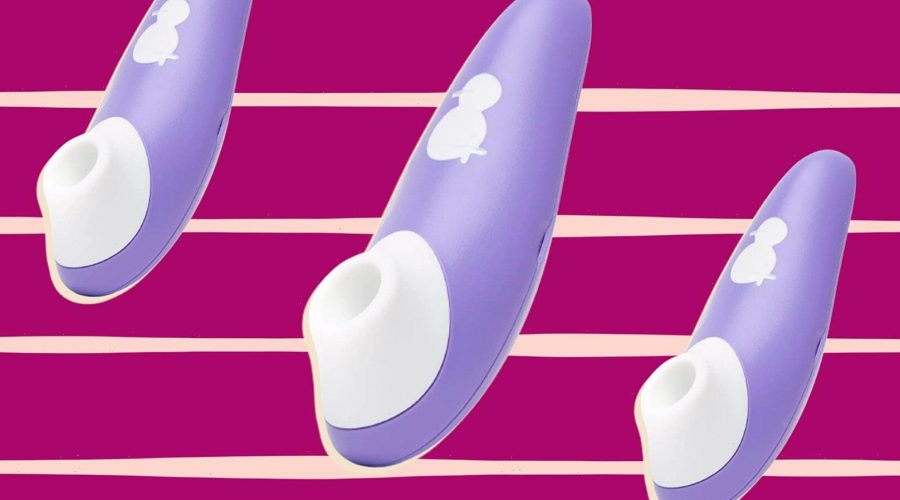 "I usually take a while to orgasm, but this thing had me shaking and screaming in 30 seconds," wrote one reviewer. "I ended up having the craziest orgasm ever in, like, 20 seconds," wrote another.

"Pleasure air" technology is the secret sauce to this drool-worthy recipe. It allows the stimulator to hone in on your pleasure points in a way that's intense, but not jarring. With this kind of toy, you can work your way up from subtle rhythmic pulsations to fiercer throbbings in just a few flicks of a switch — hence the name.

At five inches long, the stimulator easily fits into the palm of your hand for comfortable holding. This makes partner play a breeze, and lessens the chance of cramping during solo marathon sessions (which you can certainly have, given this battery-operated toy has a 300-minute run time).

It's even a home run for those who have never used suction toys before.

"Wasn't quite sure what to expect, but I wasn't disappointed," wrote one new user. "Its suction is good and it really hit the spot. I was screaming in minutes. For the price, you can't complain — it isn't the quietest toy, but then neither was I as I was using it!"

It's time to take yourself back to school and do your own experiment with the Switch. You'll see — and feel — the beauty of science all at once. Shop the stimulator below.