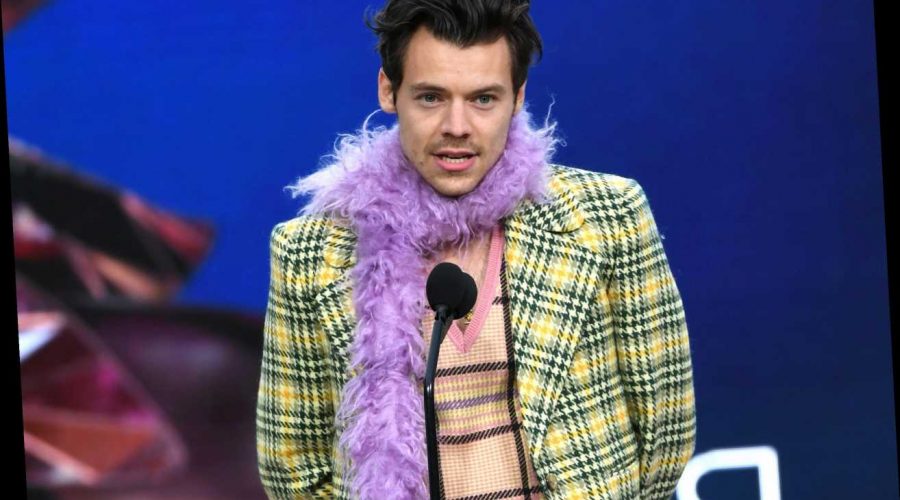 Olivia Wilde gets huge floral bouquet and chocolates on her birthday

Social media was left guessing what Harry Styles said during his Grammys 2021 acceptance speech on Sunday night after part of it was muted.

“What exactly did Harry Styles say that had to be bleeped?…. somebody tell me,” one person tweeted.

Another wrote, “okay journalism twitter help me out: WHAT did harry styles say when he got bleeped.”

While accepting the Best Pop Solo Performance Grammy for “Watermelon Sugar,” Styles said, “I’m very grateful to be here, thank you,” before CBS cut his audio.

The 27-year-old singer continued after the bleeped pause, “Thank you so much. I feel very honored to be among all of you.”

Foreign viewers who were watching the broadcast without the US’s Federal Communication Commission regulations shared that Styles apparently dropped an F-bomb during his speech.

“On German TV they didn’t bleep it and he said ‘all of these songs are f—kin massive so thank you so much,’” one person wrote online.

Another viewer from Australia confirmed, tweeting, “Love how in Australia they didn’t bleep out Harry saying f–king but everywhere else they did,” then reiterating that he said, “all of these songs are f—king massive.”

According to the FCC, “indecent” and “profane content” are prohibited on broadcast television between 6 a.m. and 10 p.m., when there is “a reasonable risk that children may be in the audience.” Styles’ speech aired during the 9 p.m. ET hour.

However, Styles’ words weren’t the only risqué part about him at the 2021 Grammys. He also wore a NSFW banana necklace during his performance.