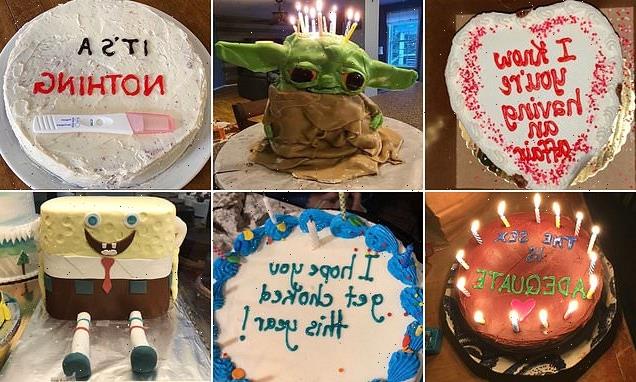 A slice of sass! Hilarious Twitter account reveals ‘cakes with threatening auras’ – from a terrifying Spongebob Squarepants to a scathing review of sex

Many people turn to cake to celebrate in time of festivities – whether it be for a wedding or a birthday.

And while most cakes bring joy and happiness  – some have eerier, or more threatening – auras.

Twitter account, Cakes with Threatening Auras, collates some of the funniest and most passive aggressive cakes from all over the world iced with the message ‘I know you’e having an affair’ to another which celebrated a negative pregnancy test.

Others cakes were intended to show popular characters – including Shrek, Yoda and Spongebob – but have a different look due to icing going wrong.

Here, FEMAIL reveals the scariest cakes of the bunch… 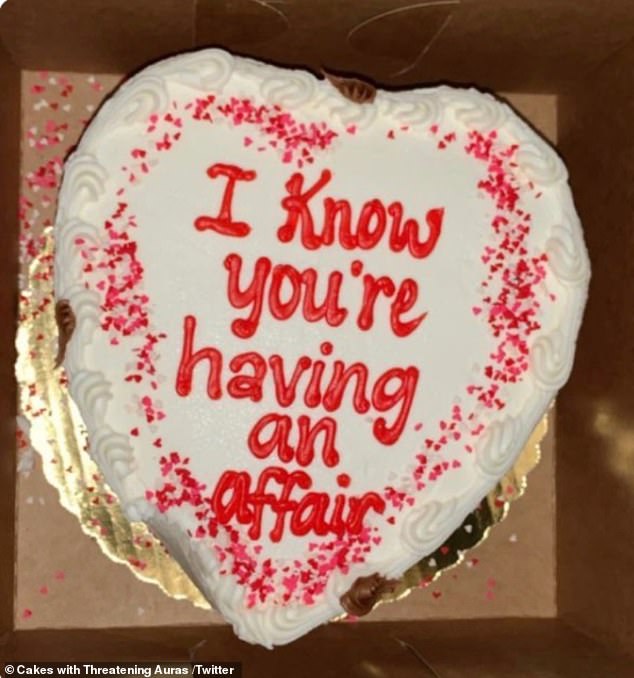 That’s one way of dumping someone! One person had ‘I know you’re having an affair’ iced in red on a heart shaped cake 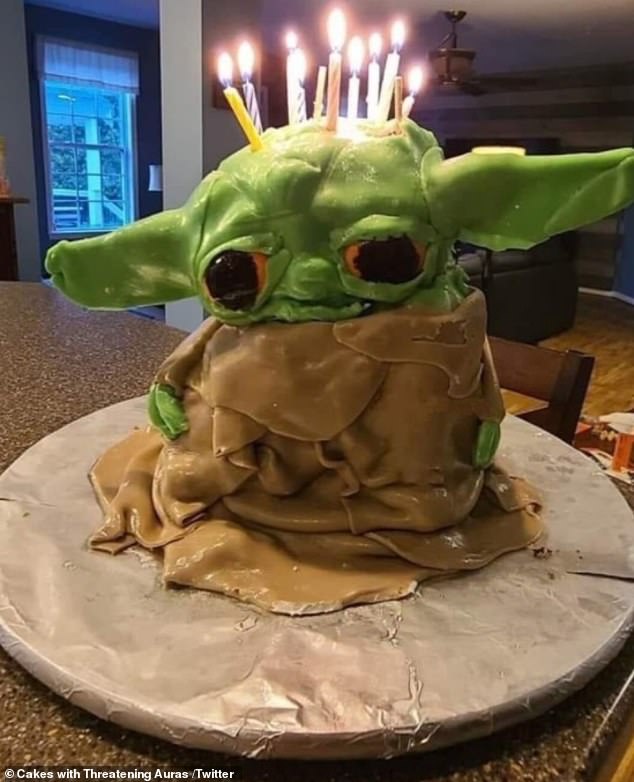 Sad Baby Yoda! The Star Wars character is known as being cute and well-loved, but this cake made him look sad 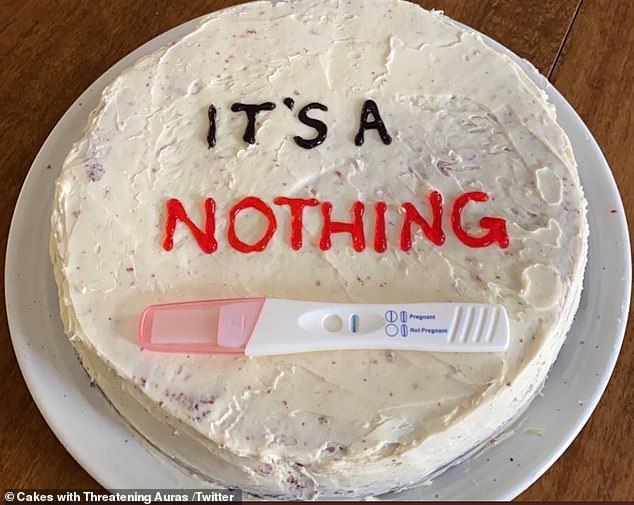 Let’s hope they washed it first! Another person breathed a sigh of relief as they seemed to shared a negative pregnancy test on a cake with the message ‘it’s a nothing’. 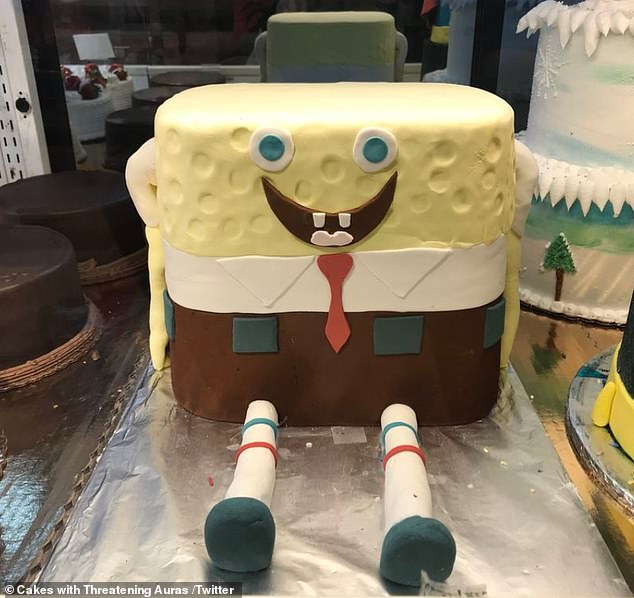 At least he got square pants! Another showed a picture of beloved children’s character Spongebob with quite a scary expression 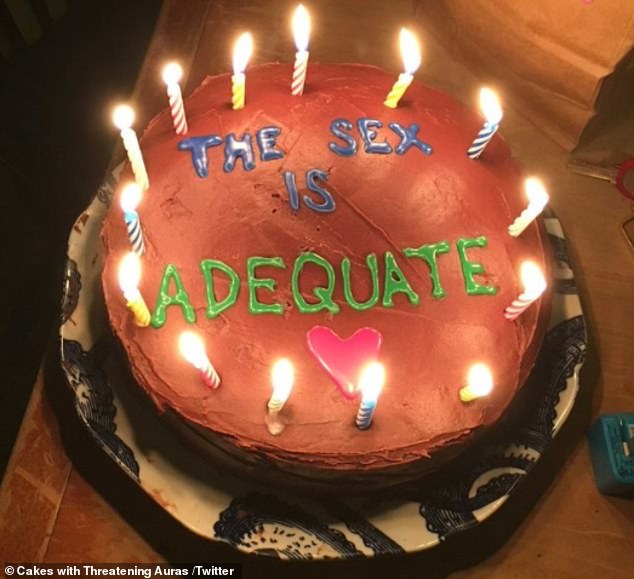 Oh dear! Another had a less than favourable review of a night of passion and put it on a cake 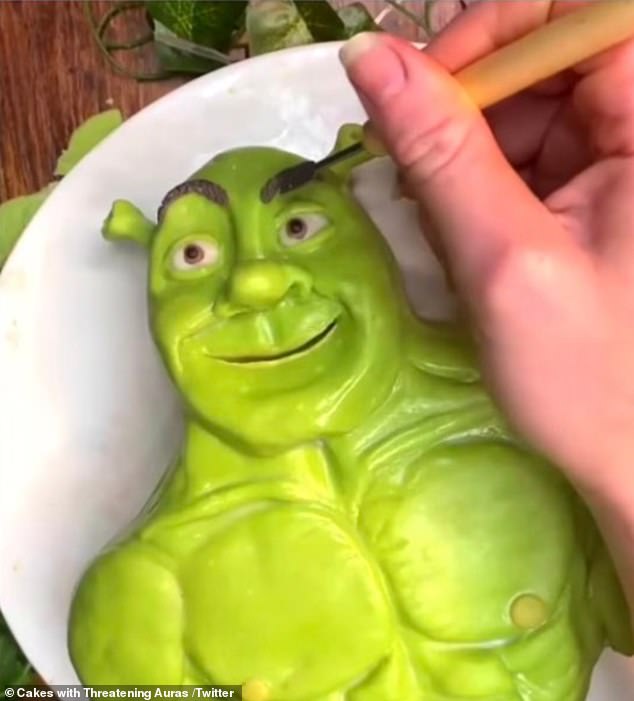 Sexy Shrek! Another cakemaker claimed to be able to make ‘anything buff’ including much loved Shrek 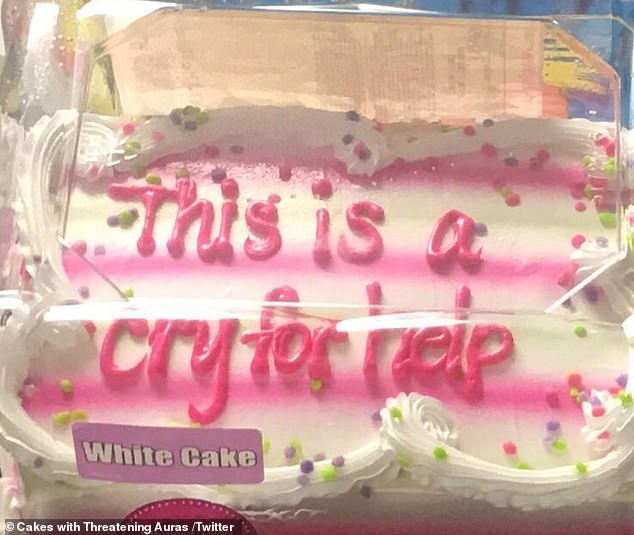 That’s one way to do it! Another person shared a sheet cake with the message ‘this is a cry for help’ 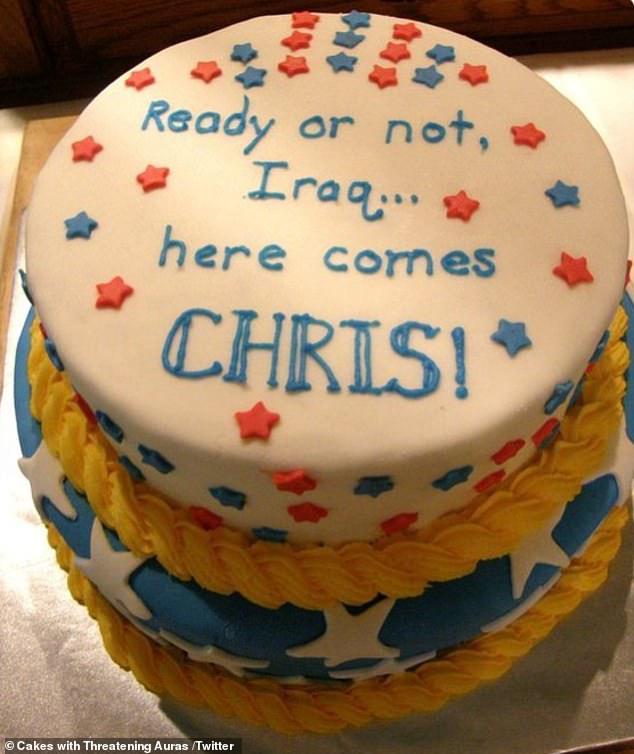 Bon voyage! Some person called Chris warned ‘they were coming for Iraq’  whether the country was ‘ready or not’ 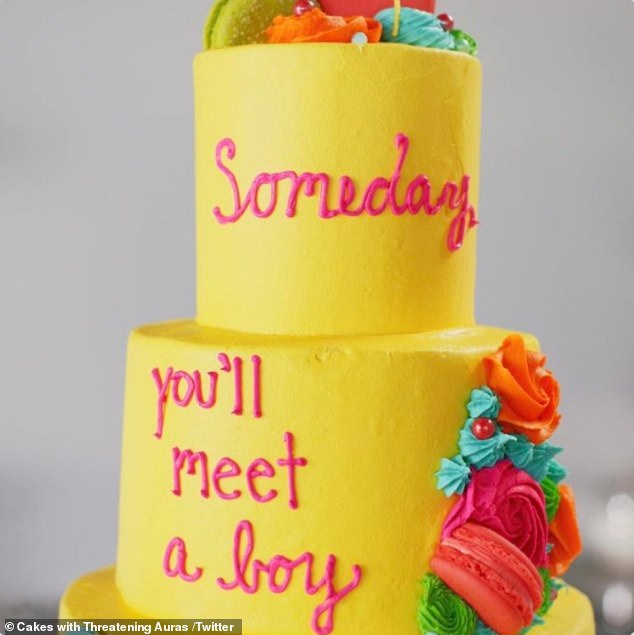 You WON’T be single forever! Another person shared a snap of a cake saying ‘someday you’ll meet a boy’ 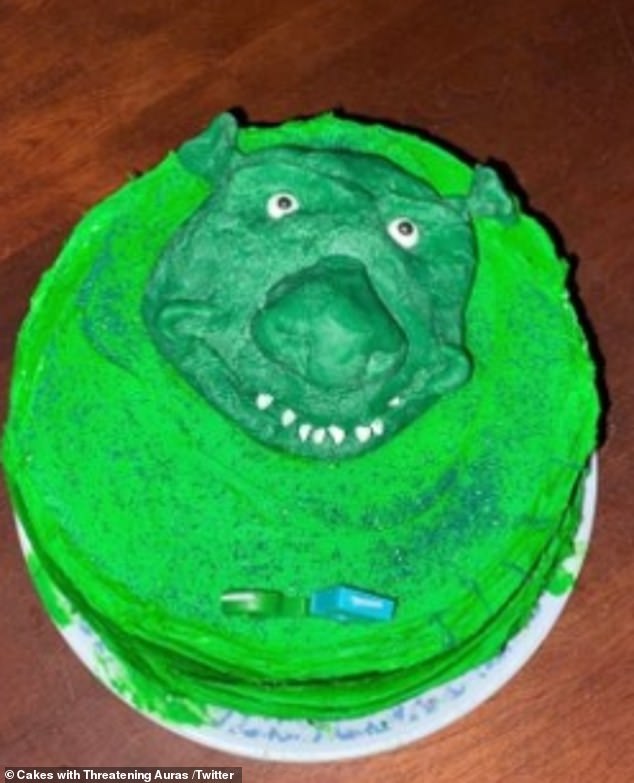 Don’t feed it after midnight!  One cake appeared to be Shrek but with a very scary expression 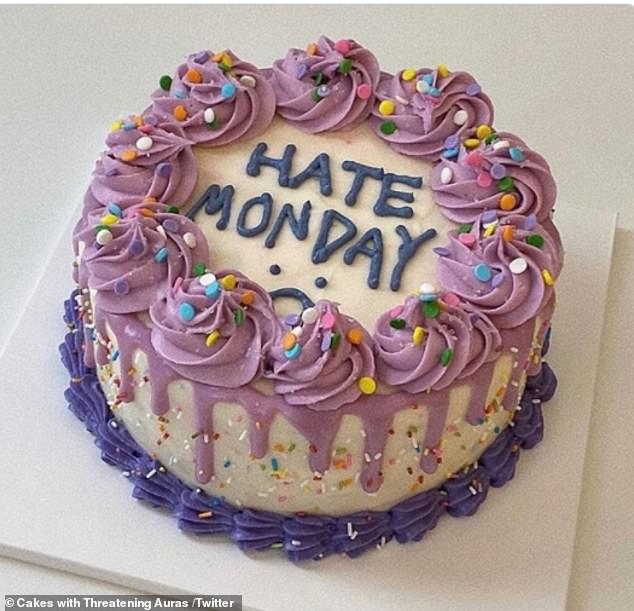 Brighten up your day with cake! Another person perked up their hated Monday with a slice of cake 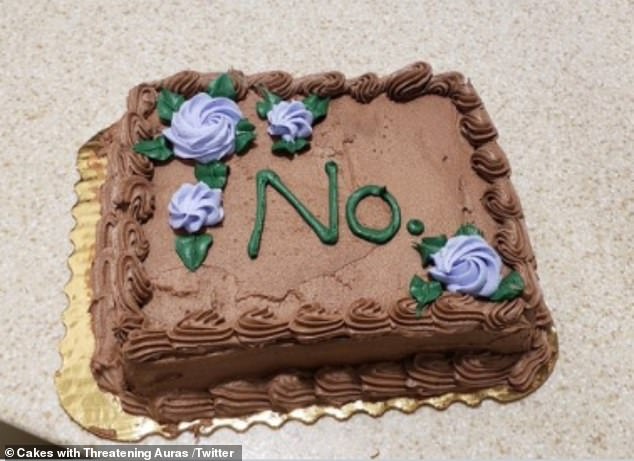 Turn me down gently! Another person shared a snap of their chocolate cake with the message ‘No’ 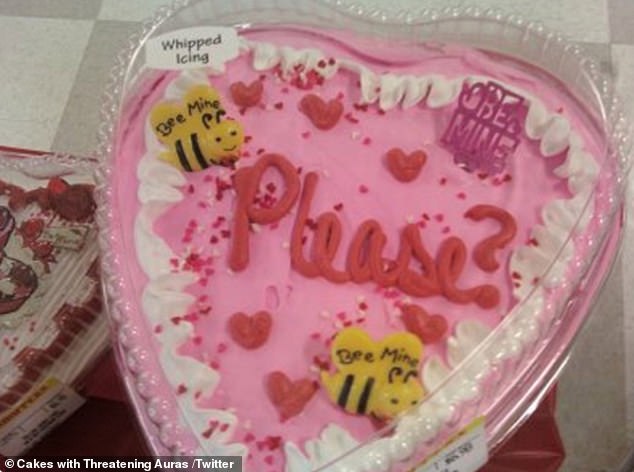 You got me begging! Another sickly sweet Valentine’s cake had begging energy with ‘Please# across it in huge letters 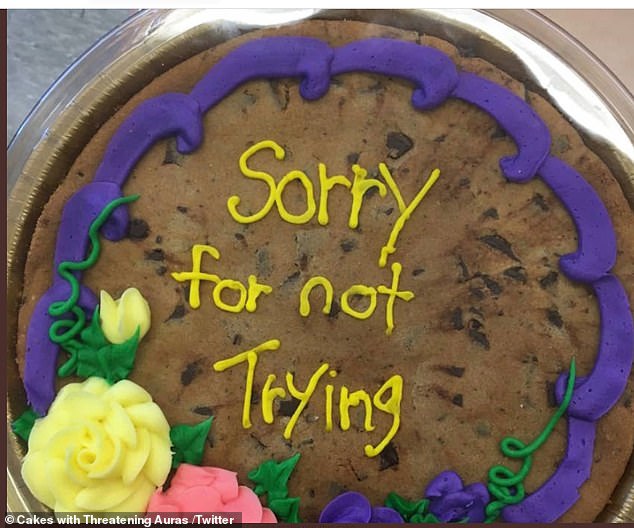 I’ll do better next time! Another person shared snaps of an iced cookie with the message ‘sorry for not trying’ 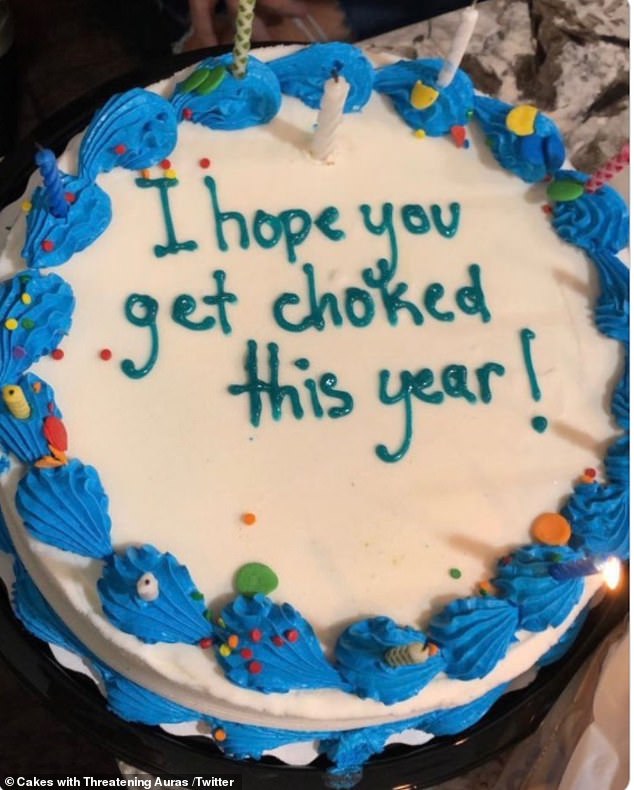 And a happy new year! Another person shared a snap of a cake reading ‘I hope you choke this year’ 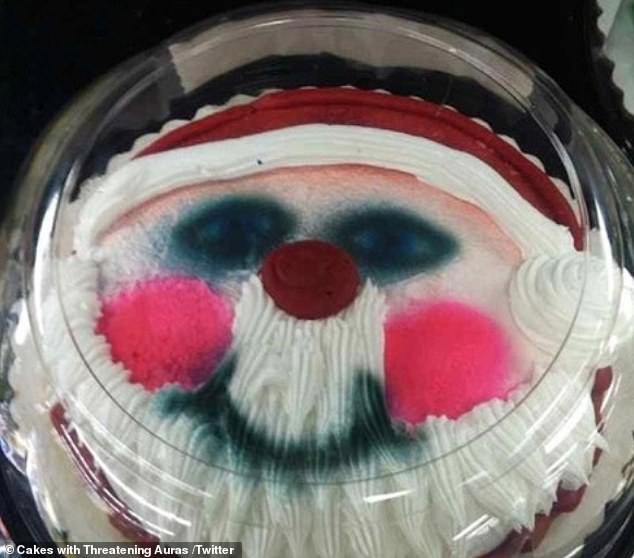 Squished Santa! Another person showed off their Father Christmas cake, which looked scary under plastic