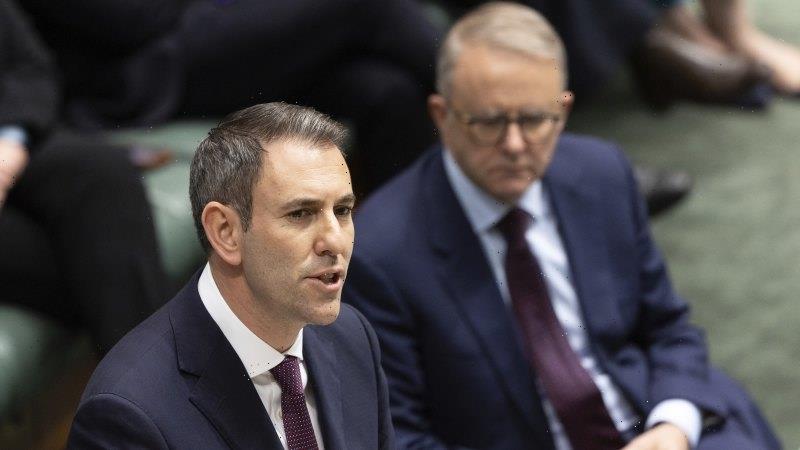 Every new treasurer gets a honeymoon period in which they can blame their predecessor for whatever is wrong with the economy. And Jim Chalmers has no shortage of economic woes to try to distance himself from.

Inflation at 6.1 per cent in the past 12 months, is at the top of that list. In political terms, that is a treasurer’s worst nightmare. The financial pain it inflicts spreads far and wide. Real wages fall as prices on goods and services increase. 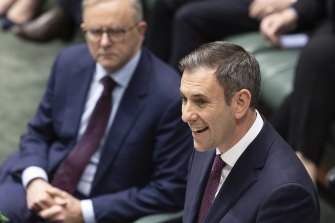 To make matters worse, the remedy being applied by the Reserve Bank – lifting interest rates to dampen demand so it better aligns with supply – inflicts another round of financial pain on many. Chalmers would be aware that, as US Federal Reserve chair Jerome Powell likes to say, price stability, or low inflation, is the bedrock of a prosperous economy. Without it, the strain on every aspect of the economy is a recipe for financial and political instability.

That is why Chalmers spent so much time on Thursday during his first parliamentary economic update emphasising that while there will be painful days ahead in the form of even higher inflation of nearly 8 per cent towards the end of this year, the short-term pain of higher interest rates should slowly start to rein that in. The treasurer is pinning his hopes on new forecasts of lower inflation and real wages growth by the end of this term of government.

At this point, of course, all these figures are in the “best guess” basket. Even at the best of times, when the economy is functioning within normal parameters, forecasting too far into the future is an inexact science. It wasn’t that long ago that then-treasurer Josh Frydenberg was forecasting inflation of 3 per cent this financial year.

Throw into the mix a global pandemic and the Russian invasion of Ukraine, which triggered sharp price increases in energy and food, and you have a set of circumstances that no amount of economic modelling can predict with certainty. That also goes for the International Monetary Fund’s view that higher interest rates could mean the world tips over into a recession.

On Labor’s first budget, which Chalmers will hand down in October, the treasurer flagged that he would need to make some tough decisions – not very subtle language for cuts. But he also assured the public that Labor would implement and pay for its election promises. That will be made easier by a combination of delays to government spending, low unemployment and much higher than forecast prices for key commodities improving the budget’s bottom line.

Labor’s first week in charge of parliament has been a cautious and scripted affair. The treasurer is still adjusting to having his hands on the levers of power. Chalmers has been careful to blame the previous government for as much as he can and prepare the ground in advance for each of his dire forecasts and “confronting” announcements. But as budget day draws nearer, he must increasingly be the one to take responsibility for an economy that faces serious challenges.

Gay Alcorn sends a newsletter to subscribers each week. Sign up to receive her Note from the Editor.