There is no doubt Tour de France winner Geraint Thomas understands the level and sacrifice and hard work needed to build a career as a professional athlete.

But the 32-year-old Welshman isn’t alone in his commitment to the cycling cause.

His wife Sara Thomas, 28, revealed she supports her husband by following the same extraordinarily strict diet during the training season, despite it leaving him feeling constantly hungry.

However unlike some sportsmen’s wives, Sara, who owns and runs a wedding venue, is proud to have her own identity – and revealed she hates being labelled a ‘WAG’. 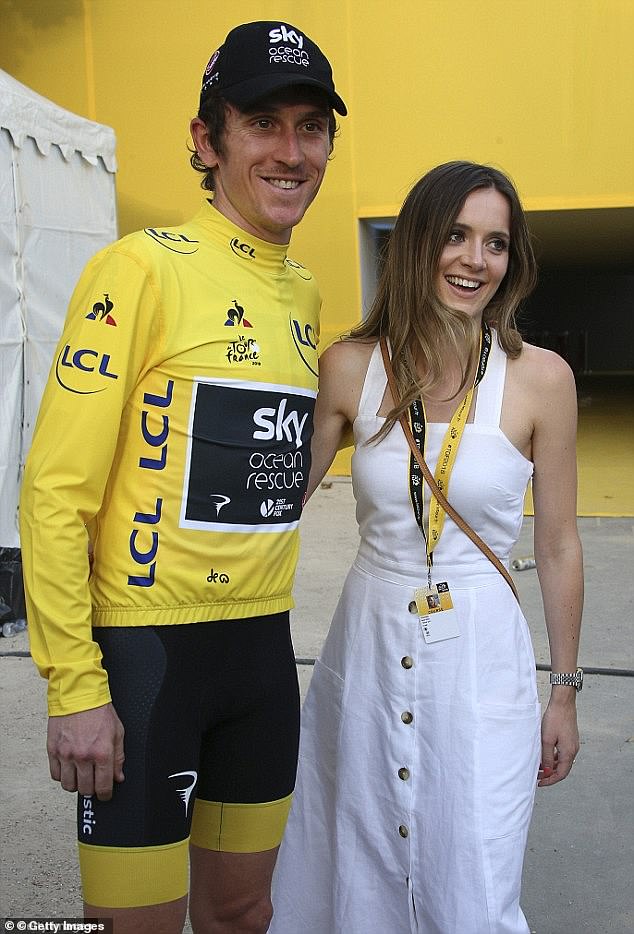 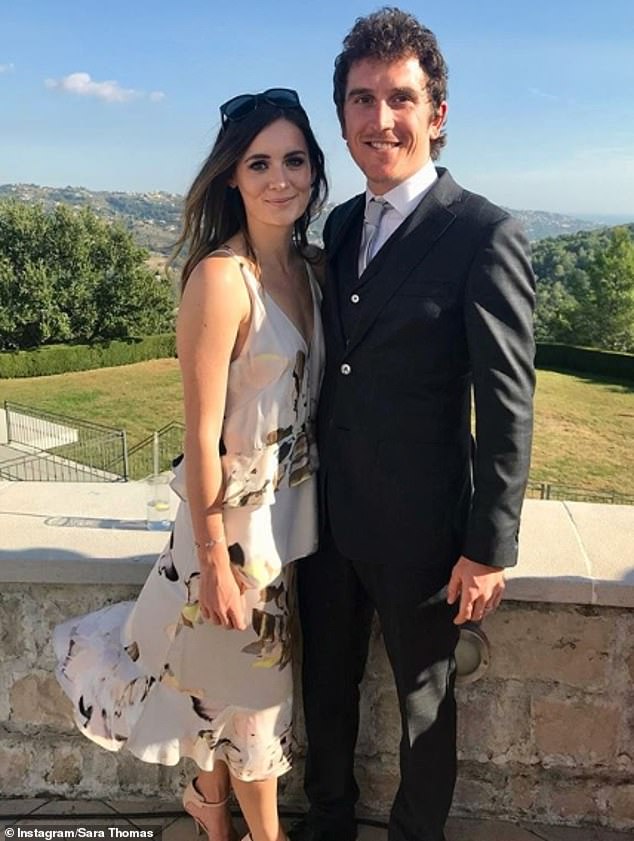 Dream team: Sara, who owns and runs a wedding venue, is proud to have her own identity – and revealed she hates being labelled a ‘WAG’. Pictured, the couple at a wedding this year

Speaking to Times 2, Sara admitted her husband sometimes ‘struggles’ with the strict diet imposed on him.

Even seemingly small additions to a meal like a couple of potatoes or a dollop or ketchup can cause an unwanted spike in his weight – a potentially very serious problem in a sport where precision is key.

Between January and July most meals consist of salad and fish and as a race day approaches, Thomas must send photos of ‘every morsel’ that he eats to Team Sky for approval.

‘He struggles with weight and to be supportive I eat the same as him,’ Sara said. 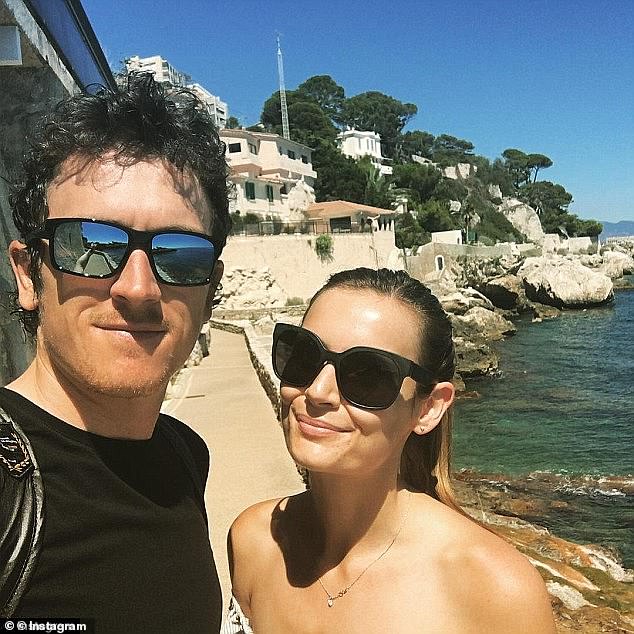 Jet-set lifestyle: Geraint Thomas regularly shares snaps of himself with wife Sara on his Instagram account. The Welshman posted this picture of them enjoying a summer holiday in 2016 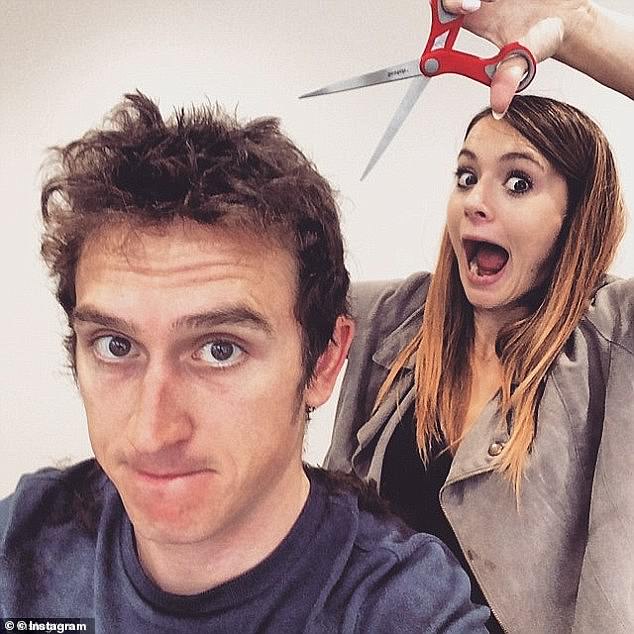 Ritual: Sara is responsible for cutting her cyclist husband’s hair before each Tour de France. Geraint shared this picture of the ‘traditional pre Grand Tour chop’ in 2015

‘I might add potatoes and a bit of ketchup, but that’s not fair because he is hungry all the time and that makes him low sometimes, but [weighing] 1kg too much can mess up his whole weight-to-power ratio.’

Sara – who insists says she ‘hates’ being referred to as a WAG – was by her husband’s side as he was crowned the winner of the Tour de France in July.

The couple first met through mutual friends in Cardiff – with TV presenter Sara previously admitting her future husband had ‘had a few’ the first two times they met.

The pair regularly share snaps of each other on their social media accounts, including photographs of themselves on luxurious holidays abroad. 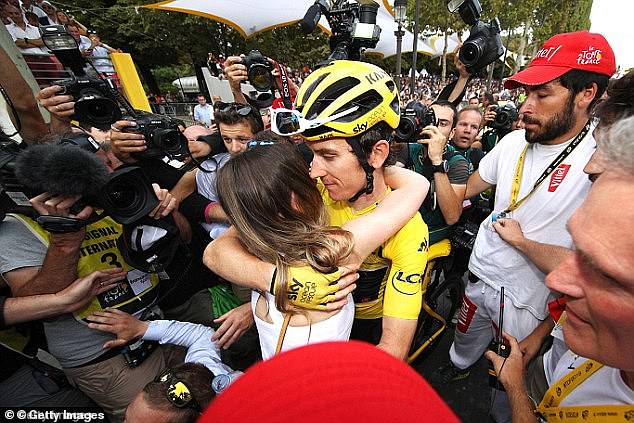 Biggest fan: Sara was seen rushing to give husband Geraint a hug after his historic victory at the Tour de France this summer 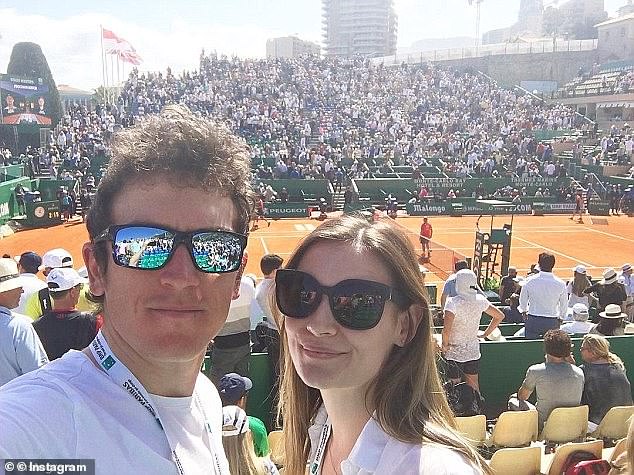 Partners: Geraint regularly shares snaps of himself and Sara on social media, including this picture of them watching the tennis at the Monte Carlo Masters in April 2017

In several posts, Geraint declares himself to be a ‘very lucky boy’ as he gushes over his glamorous wife.

Geraint and Sara tied the knot in a romantic ceremony at St Tewdric’s House in Chepstow, Wales in October 2015, with rugby player George North among their guests.

The couple loved their wedding venue – a 19th century Italian-style villa – so much that they decided to buy the property, refurbishing it for other couples.

The couple have now moved from their home in Wales to Monaco, where the cyclist trains.

Sara, who is a physiology graduate from the University of Liverpool, has previously anchored the coverage of the Tour for Welsh language channel S4C, before her husband’s victory this year.

Geraint became the first Welshman to win the Tour de France at the weekend, following in the footsteps of other Brits including Chris Froome and Bradley Wiggins.