Top Gun: Maverick has soared past $1 billion at the worldwide box office, becoming the highest-grossing film of actor Tom Cruise's career. In the five weeks since its May 27 release, the film has grossed more than $520 million domestically and over $486 million internationally.

The critic and audience-acclaimed sequel to the 1986 blockbuster, which holds the record for the largest domestic opening of all time for Memorial Day weekend, is Paramount Pictures' second-highest domestic release ever behind 1997's "Titanic" and highest grossing film in the Skydance film cannon followed by "Mission Impossible: Fallout." Internationally, the film is Paramount's biggest live action movie to date in 25 markets and Tom Cruise's biggest movie to date in 37 markets.

"It’s rare to get the special kind of alchemy that creates a true event film, and we have been absolutely blown away by the global response to ‘Top Gun: Maverick,’" Paramount Pictures President CEO Brian Robbins said in a statement. "Thank you to the incomparable Tom Cruise, our visionary filmmakers and talented cast, and our amazing marketing and distribution teams, for delivering an absolutely perfect movie and theatrical experience for audiences around the world."

Paramount Pictures currently commands over 26% of the domestic box office, representing the studio's best year since 2014.

‘ELVIS’ TAKES NO.1 AFTER TIE WITH 'TOP GUN: MAVERICK'

"Top Gun: Maverick," which is directed by Joseph Kosinski, is based on the real-life Navy Strike Fighter Tactics Instructor program, commonly referred to as TOPGUN.

It follows Pete "Maverick" Mitchell (Cruise) after more than 30 years of service as one of the Navy’s top aviators. He finds himself training a detachment of TOPGUN graduates for a specialized mission, including Lt. Bradley "Rooster" Bradshaw (Miles Teller), the son of his late best friend Goose. 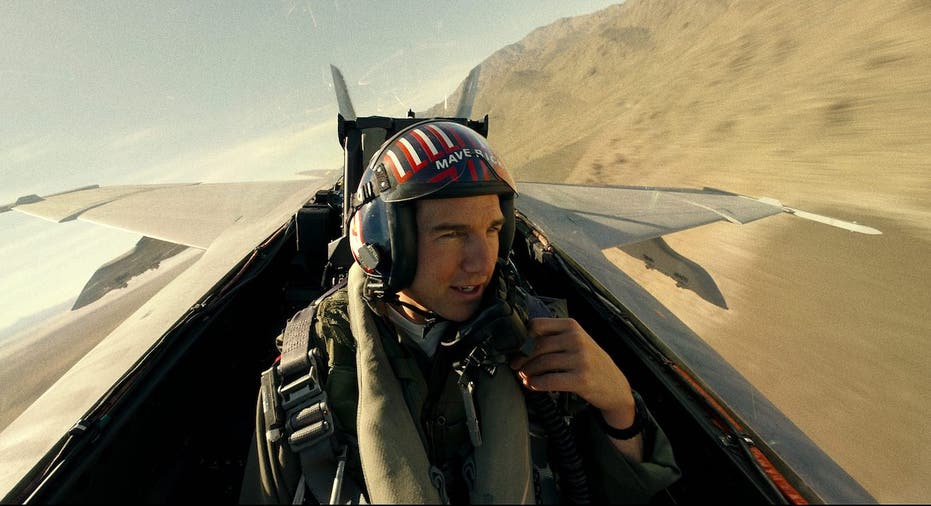 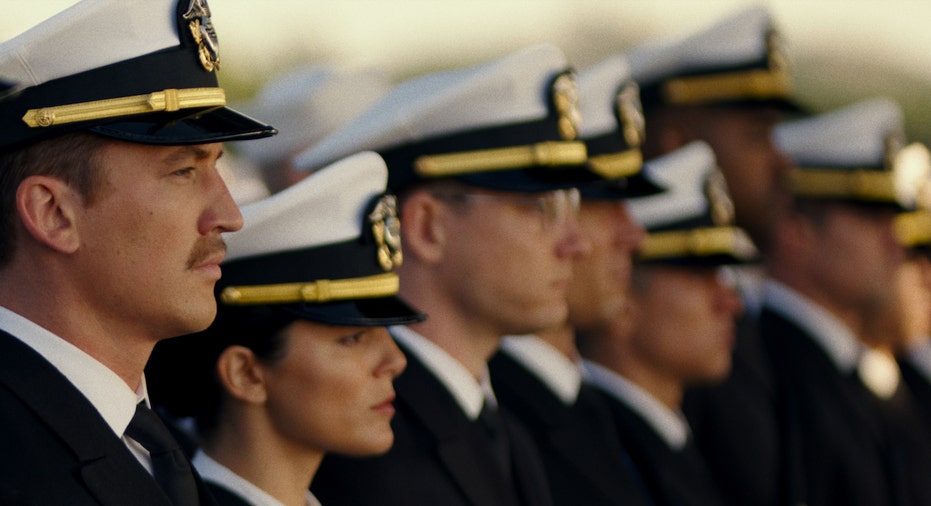 “Top Gun: Maverick” is based on the Navy’s Strike Fighter Tactics Instructor program, commonly referred to as TOPGUN.

In addition to Cruise and Teller, the latest installment also stars Jennifer Connelly, Jon Hamm, Ed Harris and Val Kilmer. The film has received an A+ CinemaScore and earned a 97% critics’ score and 99% audience score from Rotten Tomatoes.

The only other pandemic-era film to surpass the $1 billion milestone thus far is Marvel Studios and Sony Pictures' "Spider-Man: No Way Home."

According to Comscore, "Top Gun: Maverick" earned an estimated $30.5 million domestically this past weekend, tying with Warner Brothers' "Elvis." Rounding out the rest of the domestic top five for the weekend were Universal's "Jurassic World: Dominion" ($26.44 million) and "The Black Phone" ($23.37 million) and Disney and Pixar's "Lightyear" ($17.67 million).

"To all the films in release, to all the studios, and to all the exhibitors: congratulations," Cruise tweeted on Monday. "To the audience: thank you for venturing out and allowing us to entertain you. See you at the movies."

06/27/2022 lifestyle Comments Off on 'Top Gun: Maverick' flies above $1B worldwide
Recent Posts