Would YOU let your nine-year-old spend £52 on make-up? Mother sparks a furious debate after banning her daughter from buying an expensive palette with her Christmas money

A mother has provoked a furious debate online after asking if she should allow her  nine-year-old daughter to spend her Christmas money on £52 eyeshadow palette and blusher.

Taking to Mumsnet, user ‘Pineapplepenthouse’ revealed how her daughter wanted the products by US social media star James Charles after many of her friends received his products as Christmas presents.

The New York born-influencer became Cover Girl’s first male make-up model and has his own range of products sold worldwide, which are hugely popular with younger customers.

However, the Mumsnet user does not want her daughter to be one of them, saying: ‘I have said a firm NO! A lot of her friends got it for Christmas (I know this is true as have seen their mothers show it off on Facebook). Each to their own and all that but £52.’

Her question divided commenters with some agreeing that they wouldn’t allow it, while others said her daughter should be allowed spend her money on what she wants. 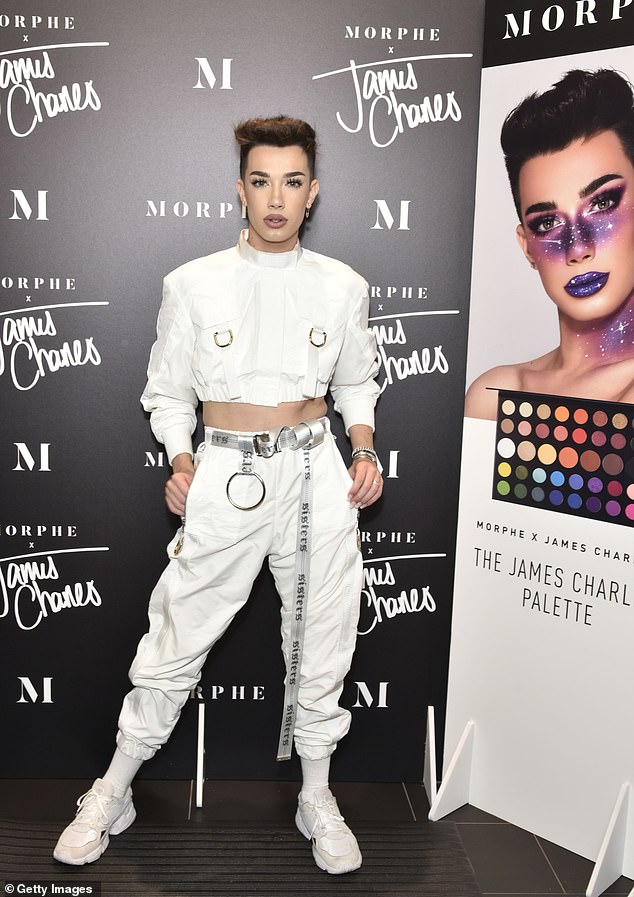 One person wrote: ‘If a lot of her friends have it, then yes, I would let her buy it. I know how it feels to be the only one without the ‘latest thing’, and it isn’t nice.

‘That said, I think it would be a complete waste of money, but it is her money after all.’

Another said: ‘I’d have bought it for her too. Being the child that isn’t allowed the latest thing is horrible.

‘Christmas and birthday money gifted to them is theirs, they should be free to spend it as they please. As adults we waste money all the time yet expect children to be perfect.’

A flood of comments on the thread argued nine years old is too young for children to start wearing any makeup.

Speaking under the handle ‘RosaAbsolute’, one person declared children shouldn’t be experimenting with makeup until their teen years.

She wrote: ‘I think children should have the autonomy to spend their own money on what they want, however I also wouldn’t allow a 9 year old to wear make up.

‘For me a child shouldn’t be experimenting with makeup until they’re more like 13, so that’s one of my rules.

‘So no – I wouldn’t allow a 9 year old to buy the make up but I would let spend money on what she chose – as long as it was within my house rules!’

Another said:’I normally am a big advocate of children buying what they like with their money but it has to be age appropriate and ‘proper’ makeup isn’t age appropriate’.

Others debated if buying the palette could be an opportunity to teach the daughter a lesson about the value of money.

One person said: ‘Of course you should let her buy it. Not only is it her money but it’s a completely idiotic purchase and unless she makes mistakes, buying idiotic stuff, she won’t learn to manage her money sensibly.

Another added: ‘I generally let my children budget their own money from whenever they start getting pocket money. If they spend on something frivolous and regret it then it’s a lesson learned.

‘A lesson I’d much rather they learned while the only money they have is pocket money/birthday spends and they don’t have bills to worry about.

‘I also don’t see how it would be less of a waste to force her to buy something she wants less.’