A Florida sheriff is asking for new leads in the disappearance of Carole Baskin’s husband who is featured in Netflix’s ‘Tiger King,’ following the documentary’s success. FOX Business’ Cheryl Casone with more.

Joe Exotic may be having a difficult time in prison, but his brand is continuing on by way of a popular clothing line that’s reportedly selling like hotcakes.

The subject of Netflix’s popular documentary series “Tiger King,” lent his name to popular streetwear company Odaingerous, which produced a line of clothing including underwear, face masks, sweatshirts and more, all themed after the former Oklahoma zookeeper’s particular style.

The line is called “REVENGE” with the tagline, “Don’t get mad get even!” The brand is seemingly a reference to his opinion that a slew of people in his life betrayed him, ultimately leading to his prison sentence for a failed murder-for-hire plot against his rival, Big Cat Rescue CEO, Carole Baskin. 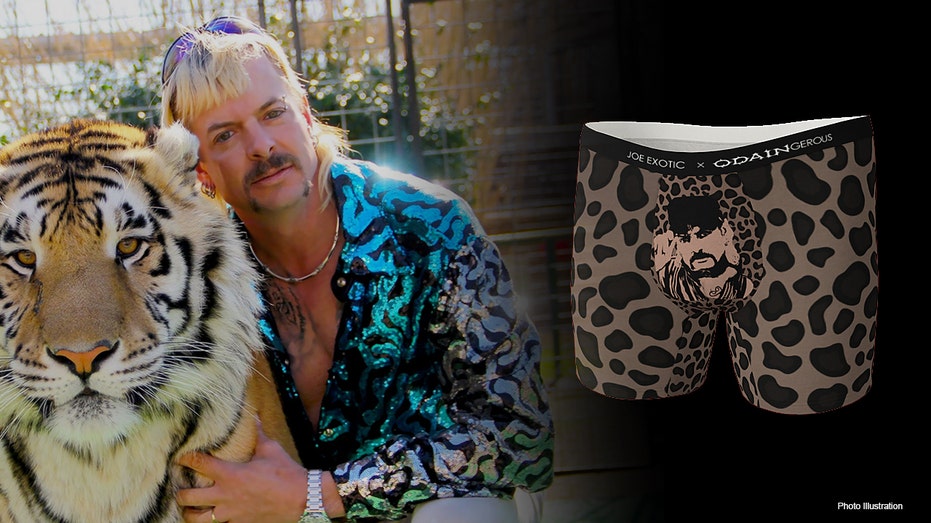 A Joe Exotic fashion line is selling out from a partnering retailer.  (Photo: Netflix/Odaingerous)

According to TMZ, Odaingerous’ Revenge line went on sale over Labor Day and sold out within mere hours, raking in an estimated $50,000 in sales. However, it’s unclear what percentage of that, if any, will go to the man himself.

Representatives for Odaingerous did not immediately respond to Fox Business' request for comment.

The outlet reports that the top seller was a limited edition “Casket Baskin” boxer brief, that featured blood-red ice cream cones, a likely reference to Baskin-Robbins and Carole Baskin’s name. Fortunately for those hoping to get their hands on some of the Joe Exotic merchandise, TMZ notes that the store is hoping to restock as soon as possible in order to keep up with the clear demand.

It appears that Exotic’s fashion line may be doing better than his former zoo. It was previously reported that the Greater Wynnewood Exotic Animal Park closed in mid-August.

‘Tiger King’ captivated audiences when it dropped on Netflix. (Netflix)

The zoo’s owner, Jeff Lowe, revealed the closure on social media after the USDA listed his license to operate as suspended. Lowe said that he had actually forfeited his license and that the Netflix documentary series had brought the zoo enough income to guarantee the long term care of the animals.

Meanwhile, Joe, whose real name is Joseph Maldonado-Passage, has been spending his time in prison trying desperately to get out. He recently sent a letter along with a lengthy appeal to President Donald Trump imploring him to issue a pardon for his crimes.

09/10/2020 lifestyle Comments Off on 'Tiger King' star Joe Exotic's fashion line is selling items like underwear; is in very high demand: Report
Recent Posts
We and our partners use cookies on this site to improve our service, perform analytics, personalize advertising, measure advertising performance, and remember website preferences.Ok