Rise of the ‘milk mommas’: Breastfeeding mothers solve problems with under and overproducing by SHARING supplies with each other’s babies

Three mothers have developed an unbreakable bond after sharing breast milk to feed each other’s babies.

Kelly Brennan, 30, from Pennsylvania gave nine liters of milk to her friend Susie Schmitt, 32, to put it to good use after her own daughter suffered a reaction and couldn’t drink it anymore.

Both women later turned to Kelly’s college classmate Brittany Wigman, 33, for help when their supplies dried up.

Brittany, an ‘overproducer’, had more than enough milk to feed her own baby, so gave Kelly and Susie 30 liters from her stash.

And despite Brittany and Susie not knowing each other at first, the women, who have nicknamed themselves the ‘milk mommas’, are now closer than ever.

Susie, is a new mother to her first child Allison, eight months, while Kelly has daughters Lily, three, and Caroline, now 11 months, and Brittany is mother to two unnamed children, a toddler and a young baby.

The mothers agree that they now share a bond for life, and describe seeing their milk giving each other’s children ‘lifelong benefits’ as ‘overwhelming’. 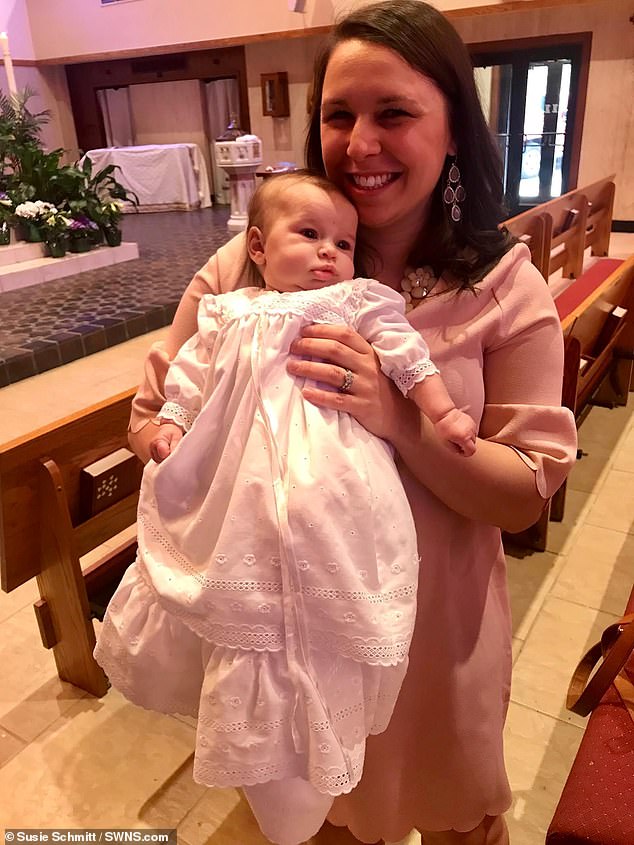 Susie Schmitt, 32, from Pennsylvania had recently given birth to her first child Allison, eight months, but could not produce much milk despite taking vitamins and supplements

Speaking about their unusual situation, Kelly, a former TV reporter from Pittsburgh, said: ‘It came full circle. I donated my milk to somebody and then somebody else donated it to me.

‘It is emotionally overwhelming when you see another baby thriving because of the milk you were able to give. The benefits are lifelong.

‘Susie, Brittany and I are bonded for life through this – we have helped raise each other’s babies.

‘Brittany is now affectionately know as my baby’s ‘milk momma’.’ 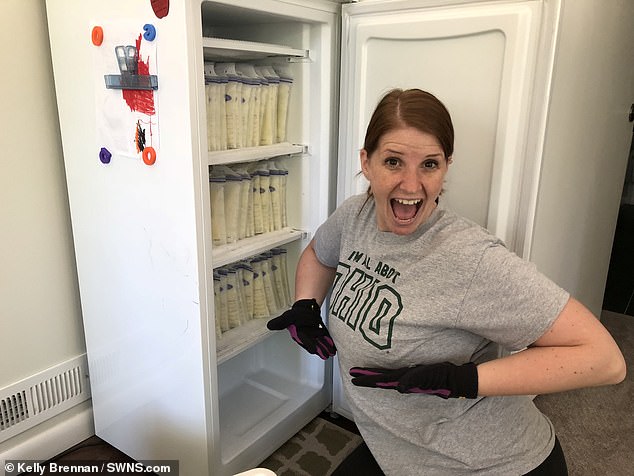 Mother-of-two Brittany Wigman, 33, produces over two liters of milk a day and decided to donate her milk to Suzie and former classmate Kelly Brennan, 30, a mother-of-two 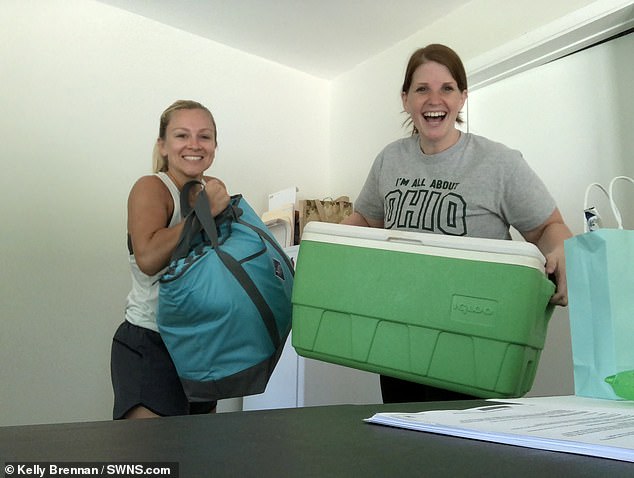 The donation chain began in February when Kelly’s daughter Caroline, now 11 months, suffered a reaction to her breast milk and moved onto formula.

When Kelly was at her local Target stocking up on the $40 (£31.50) formula, she bumped into an old friend from elementary school, Susie Schmitt, perusing the same aisle.

Susie, 32, had recently given birth to her first child Allison, eight months, but could not produce much milk despite taking vitamins and supplements.

Hearing her plight, Kelly, who had been storing and pumping her milk in case Caroline recovered, offered her old pal nine liters of milk from her own stash. 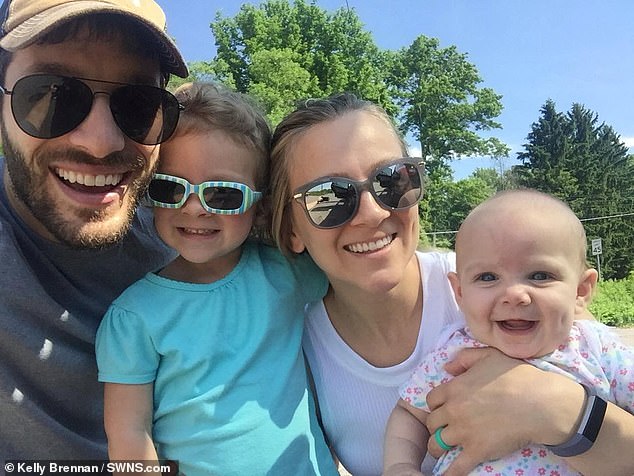 Kelly seen with husband Kevin, 31, an accountant Lily, three, and Caroline, now 11 months, gave nine liters of her milk to Suzie, and then turned to Brittany for help 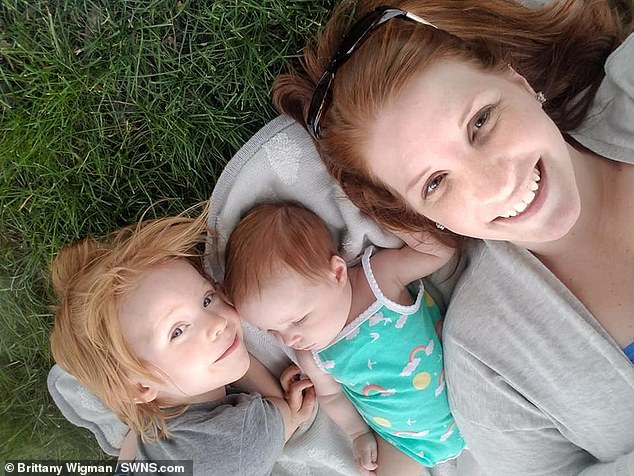 Brittany Wigman, her and her children, who is married to Jason, 33, a teacher, has given milk to five complete strangers to feed their babies

Speech therapist Susie, who lives with husband Mike, 31, an electrical engineer, said: ‘We had been to the doctor so many times.

‘My body was just not producing milk. Some women don’t.

‘Allison was losing weight because I couldn’t breastfeed. Kelly said, ‘Oh my gosh, do you want my milk?’

‘After I thought about it, I said: ‘Heck, why not?’ My daughter liked it and she drank it.’

By June, Kelly’s daughter Caroline was able to return to breast milk, but her own supply had dried up.

She said: ‘I wanted to introduce breast milk again but my milk had dried up. I was trying to re-lactate and I shared about my struggle on Instagram.’

The mother, who also has a daughter Lily, three, received a message from Brittany, with whom she went to Ohio University.

Speech therapist Susie, who lives with husband Mike, 31, an electrical engineer, told how her body was not producing breast milk 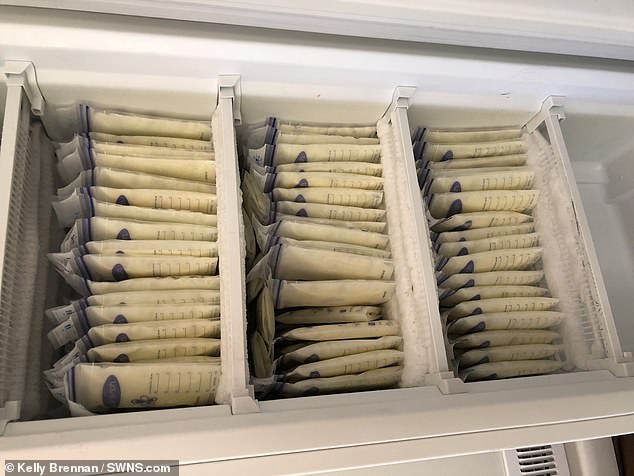 Brittany’s freezer full of milk- she said: ‘Knowing the health benefits of breast milk and what a rich nutritional resource it is, I couldn’t rationalize just dumping it.’

Brittany was producing more than enough milk to feed her own babies, so donated 30 liters of the precious liquid to feed both Kelly and Susie’s newborns.

Kelly, who is married to Kevin, 31, an accountant, said: ‘I cried when Brittany offered me her breast milk.

‘I was just so happy that somebody was willing to do that and another mother saw the importance of it.’

Kelly loaded up her car with coolers and drove two hours to Cleveland, Ohio, to collect sales manager Brittany’s milk.

She said: ‘I packed up two huge coolers of her milk. There was so much milk that I couldn’t fit it all in my freezer so I gave the rest to Susie.’ 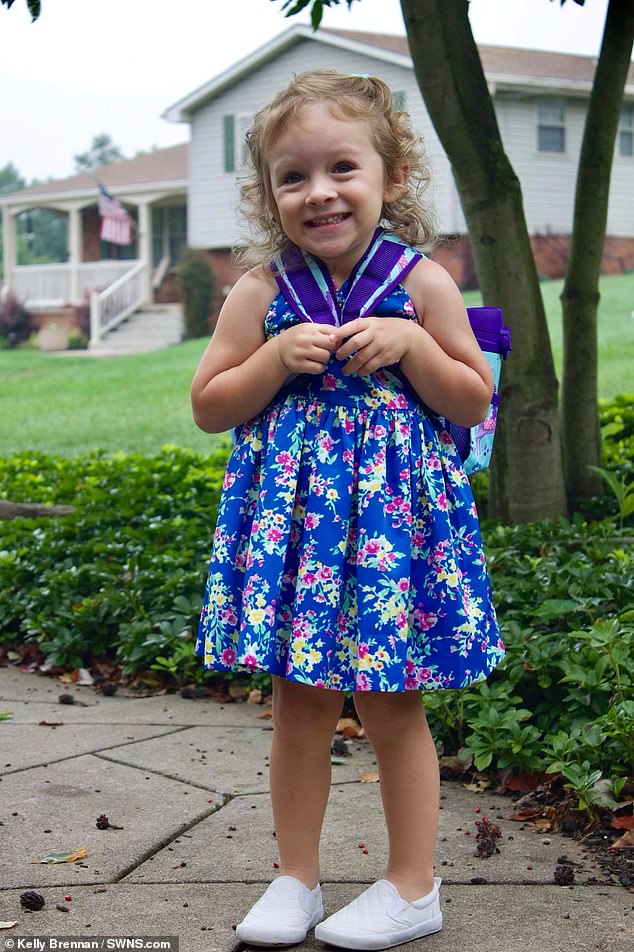 Kelly Brennan daughter, Lily. Kelly donated her milk to Suzie and when she fell short turned to overproducer Brittany for help 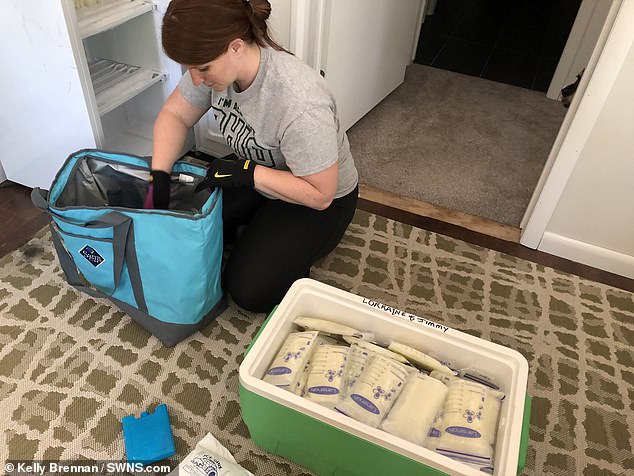 As well as donating to Kelly and Susie, Brittany, a mother-of-two who is married to Jason, 33, a teacher, has given milk to five complete strangers to feed their babies.

The mother said: ‘I happen to be an overproducer of milk. I pump five times a day and I will produce a little over two liters of milk throughout the day.

‘I first donated in 2014 and the following year I donated again when I had my son. The first five people I donated to were complete strangers.

She added: ‘Knowing the health benefits of breast milk and what a rich nutritional resource it is, I couldn’t rationalize just dumping it.

‘Plus it really bummed me out that mothers are being charged for something that I make naturally.

‘I’m bonded with these two women for life – we’ve helped each other raise our babies. It’s a beautiful thing.’ 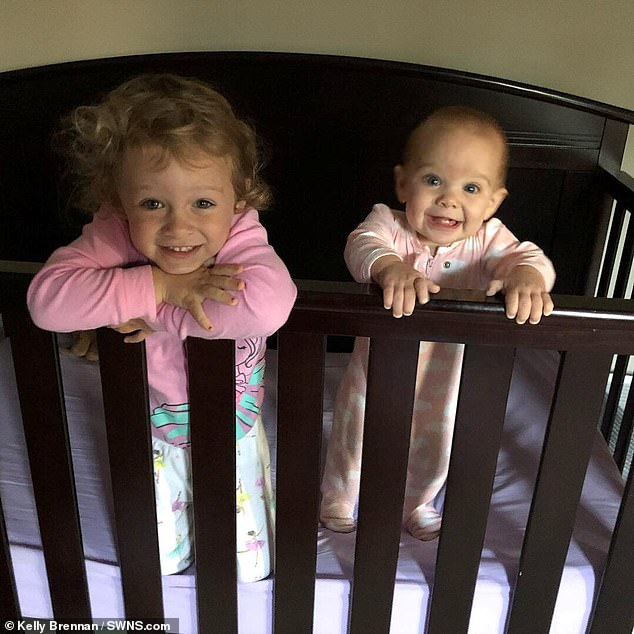 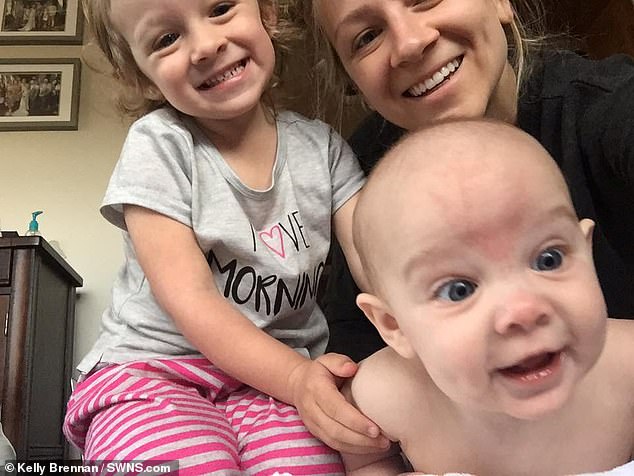 Kelly Brennan daughters Lily and Caroline- she says of Susie and Brittany: ‘I’m bonded with these two women for life – we’ve helped each other raise our babies. It’s a beautiful thing.’

12/26/2018 lifestyle Comments Off on Three mothers share breast milk supply with each other’s newborns
Recent Posts
We and our partners use cookies on this site to improve our service, perform analytics, personalize advertising, measure advertising performance, and remember website preferences.Ok