Ta-Nehisi Coates described Howard University as a Black Mecca in 2015’s Between The World And Me. Two of his fellow Bison are bringing the book to HBO.

Theater veterans Kamilah Forbes and Susan Kelechi Watson signed on to create a dramatized adaptation of Coates’ words after seeing their own experiences in his words. His explanation of our nation’s lack of space for Black bodily autonomy rang true in their hearts as it rose to the top of anti-racist reading lists. The women shared how they created a fresh structure to share Coates’s messages with the world with award-winning playwright Dominique Morisseau at this year’s Urban World Film Festival.

“I felt strongly about saying something in this world and I didn’t know what it was,” said Watson. She felt obligated to respond to “violence against Black culture.”

“I was finding myself, like, without words, I didn’t know what to do, what to say. And it dawned on me that it had already been said with Ta-Nehisi’s book,” she added.

“We all knew each other from Howard,” said Forbes. “I remember reading the book and this was 2015 and just being so emotionally struck by it. And I always feel like when I’m filled with emotion, I want to be in a collective to help process,” she continued. 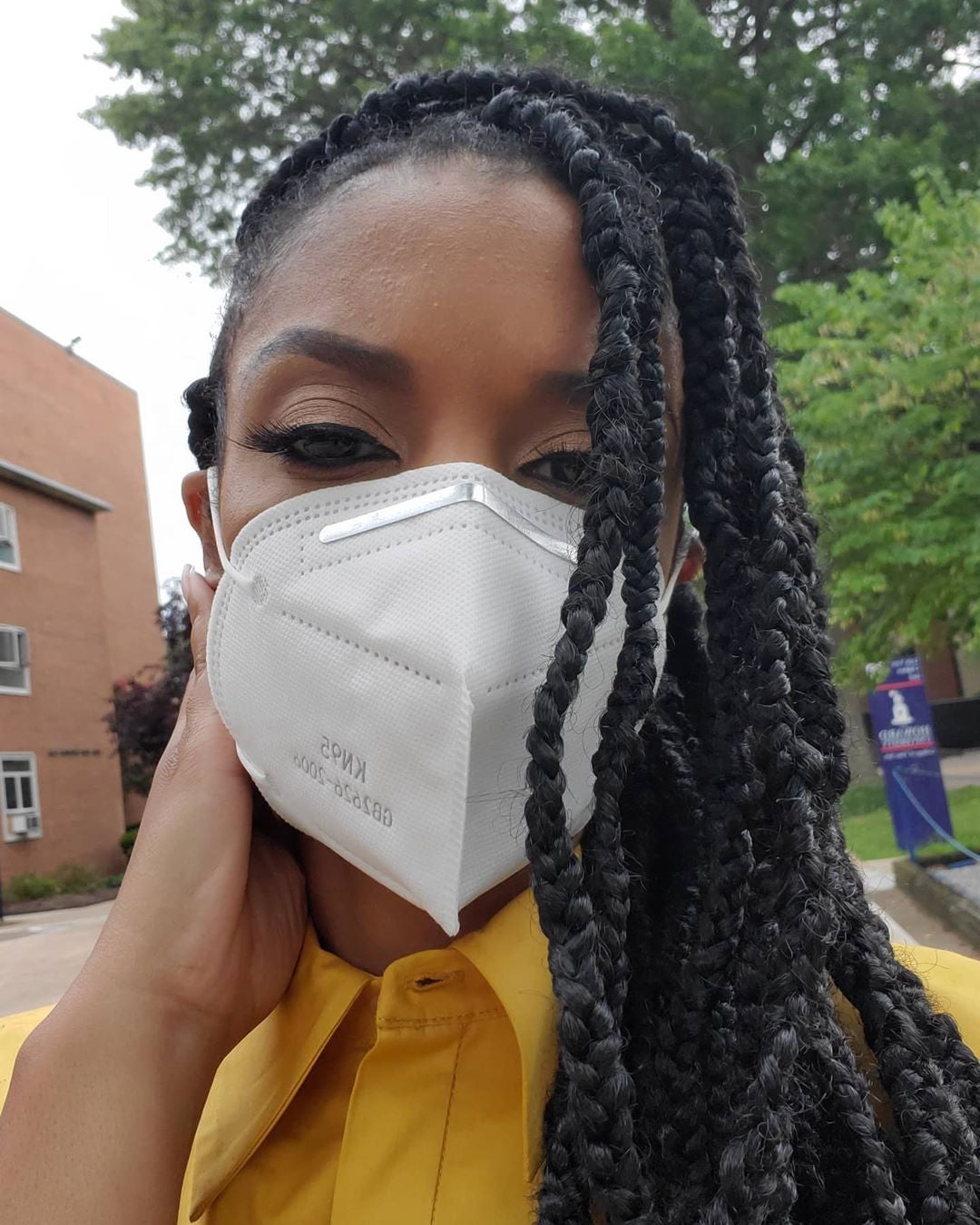 They held a dramatic reading of the material during one of their weekly Zoom calls.

Coates, Forbes and Watson did not know what shape the final product would take but they knew it needed to be out there.

“This was originally adapted at the Apollo as a theatrical work,” revealed Forbes. “There was really a beautiful magic that ensued along with you know, a whole host of other actors, musicians, artists, activists that also participated in bringing that to life.”

“I just was like, ‘How do we reimagine this and get it to as wide an audience as possible, as big as possible’,” said Watson.

They worked with a creative incubator to develop the format. “We were part of the Sundance Lab and they afforded us time to sit literally with just pages of the book and start to understand structure.”

Because Coates’ book began as a letter to his son, producers were tasked with making its contents accessible to all.

“How do we take a singular voice and make it a voice of every man and woman,” Forbes asked herself and her collaborators.

“During that Sundance Lab, we got in the room with some, brilliant actors and brilliant dramateurs and literally started the hard surgical work of saying, okay, here’s, here’s one section, there’s another section,” she added.

“There was this intimacy that we wanted to create,” said Watson.

“There was this idea of like, what Kam is creating with these monologues? How do we make it feel like an intimate video diary? How do we, how do we then add, you know, archival footage and animation, and, you know, all these things that then lift the story.” 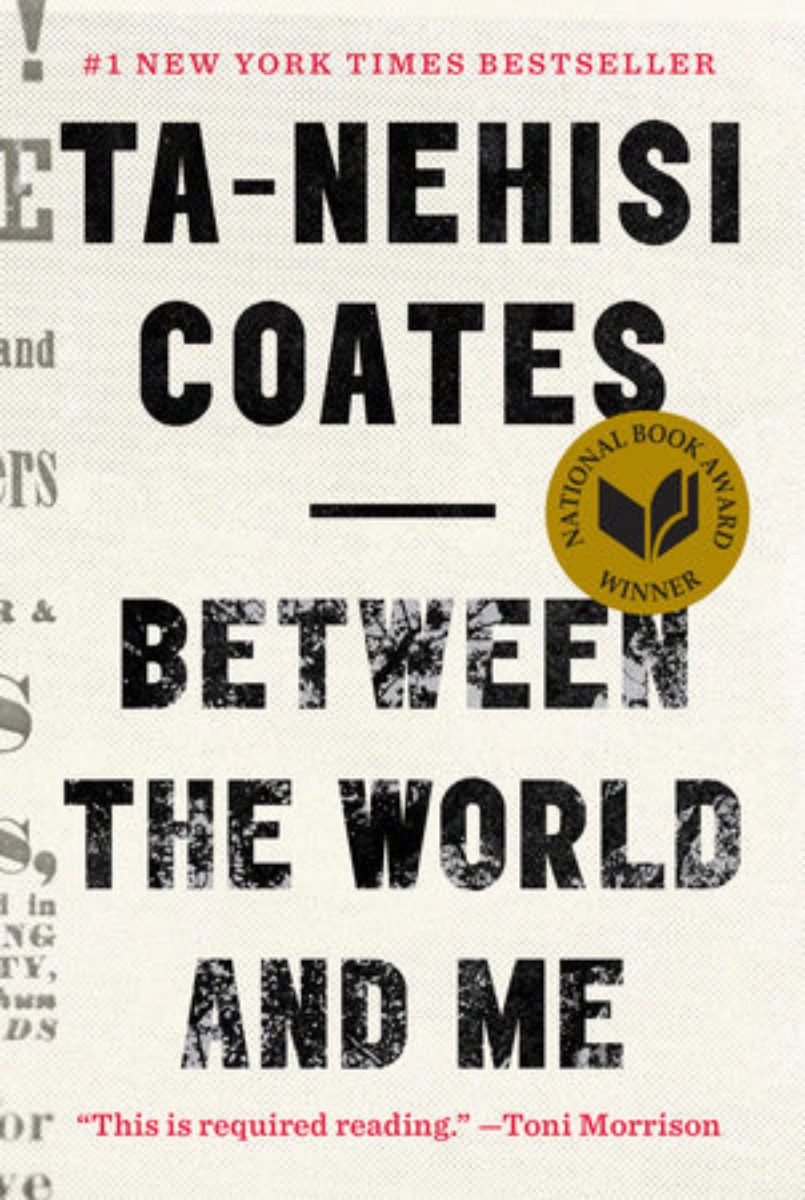 The goal was “keeping elements of what had already been in place and so beautifully structured in the, in the theater piece, but really being mindful that this is now a different medium and, and translating it to that medium and making sure that it translates within that medium.”

HBO helped honor the theater medium’s contributions to the project by agreeing to donate $1 million to the Apollo theater.

“It was important that this not only just be a standalone statement,” said Forbes. “These were two Black institutions, the Apollo and Howard, we any three of us, by three myself, Susan or Ta-Nehisi would not be here if it wasn’t for these institutions.”

“It’s the important work that we have to do corporately. I think as a country, that responsibility has to become everyone’s, you know what I mean, to support these institutions,” said Watson. “Howard was the place that raised us, you know, it brought all this forth,” she added.

The This Is Us actress knows the value of institutional support. She and the late Chadwick Boseman were supported by Denzel Washington and Phylicia Rashad (who plays Watson’s on screen mother in the NBC drama.) The actors made direct investment into Howard’s theater department. The program turned out a number of talented Black actors including Anthony Anderson and Taraji P. Henson despite not having the same funding as its white counterparts.

She acknowledged that HBCUs are not “the beneficiary of the types of endowments that happen, you know at Ivy league schools other, you know, schools that are predominantly white and those things are sort of, it almost feels inherent.”

“When you think about what the Apollo’s done, then if you erased that from culture, what, what would it look like? And then tell me how hard it is to think about investing in that place.”

The producers were intentional about continuing the project’s community investments by using the hiring process to create opportunities for those who might have been overlooked by the industry.

They worked with musician Jason Moran and a number of other Black creatives who contributed behind the scenes.

“It was extremely important, in every conversation before making every hire, that we’re very intentional, about our team. So when you step onto our set or you step into our post room or you’re in any production meeting, it looks vastly different.”

“The power is within us all to be changemakers,” she added.

Watson and Forbes’ connection to the material went beyond the seal on their transcripts. Like Coates they are intimately familiar with the human cost of headlines and hashtags.

They each knew the Howard grad murdered by police who Coates references in the text as an example of how education and affluence are faulty shields against racist violence.

“The piece talks about Howard, but also centered around, the murder of Prince Carmen Jones, who we were all classmates with and were deeply affected by that really horrific event,” said Forbes. “Students grappled with, ‘How do we reckon with this in our world and literally in our world?’ So there was a real personal connection that we all could draw from.”

Watson described returning to that stunted mental state for the production process. “Listen, I put that thing on, like, it was the Howard uniform, it was like, that thing went on like a glove,” she said. She appreciated Coates for giving voice to her confusion.

“It’s part of what drew me to the book is that so much of it feels like what you were trying to say, but you’re not as articulate or metaphoric or lyrical. It just felt like there was a way that he was able to, um, really narrate these sections of our lives that felt like right” Watson continued. “There was like a rhythm in it. It almost sounded like somebody was on the yard just like spitting.”

Between The World And Me is currently in production. It is expected to premiere on HBO in November of 2021.

10/09/2020 lifestyle Comments Off on Three Former Howard Students Are Taking ‘Between The World And Me’ From The Bookshelf To HBO
Recent Posts
We and our partners use cookies on this site to improve our service, perform analytics, personalize advertising, measure advertising performance, and remember website preferences.Ok