Artist Ben Turnbull was born and raised in London, but he doesn’t see that as a reason not to carve out devastating commentaries on gun violence in the United States.

Turnbull painstakingly chisels weapons of all sizes into vintage school desks and church materials for a powerful critique of the firearms epidemic that killed almost 20,000 people in the U.S. in 2020 alone.

“It makes no difference as to your nationality or even your standpoint when dealing with the concept of an invention of an instrument of death,” the artist told HuffPost. “Incredible invention. These objects are beautifully constructed and designed, but the feeling of impending doom once in your hand is absolutely freakish, unnerving — the thoughts that can go on in your head and the compelling impulse to release the trigger.” 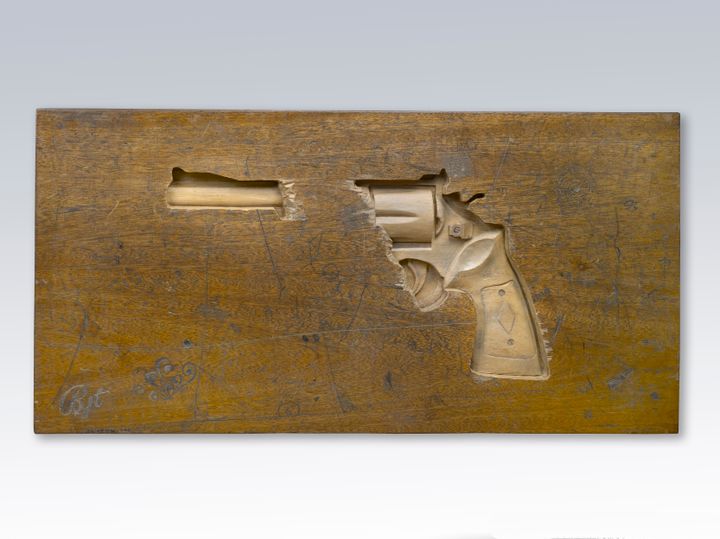 Turnbull released the “I Don’t Like Mondays” series of desks in 2009. The title refers to Brenda Spencer’s explanation for shooting up Grover Cleveland Elementary School in San Diego in 1979.

Another one of Turnbull’s desks features the locations of mass shootings as an American flag: 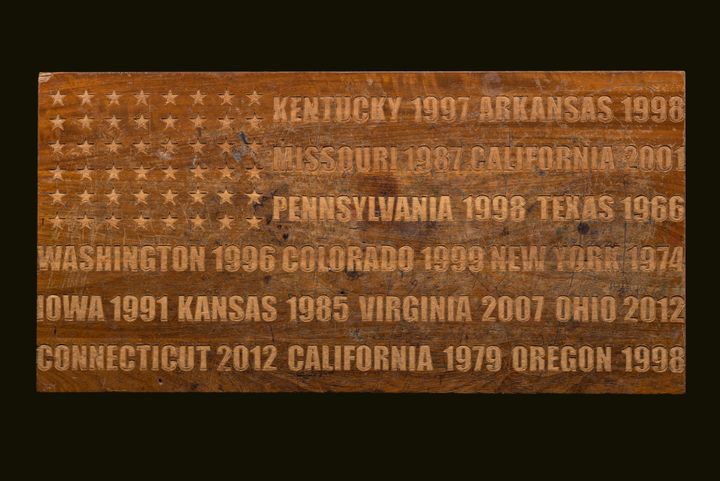 Another shows bullets making up the stripes of an American flag: 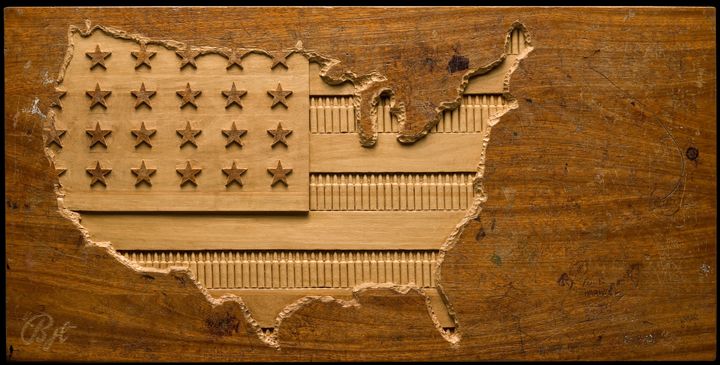 Turnbull initially planned to repurpose the desks for another project.

“But then a feeling gradually built up about something engrained in the wood ― all the angst of the graffiti, the disgust, (bubblegum), the stench of them. And then simply the idea spawned from that,” he wrote in an email. “The idea that these dangers were hidden inside, that they were always dangerously lying in wait.”

Each carving took up to four weeks to complete.

“You’re working from inside out, so you have to actually work backward in your brain, which takes a while to get your head around,” Turnbull said. 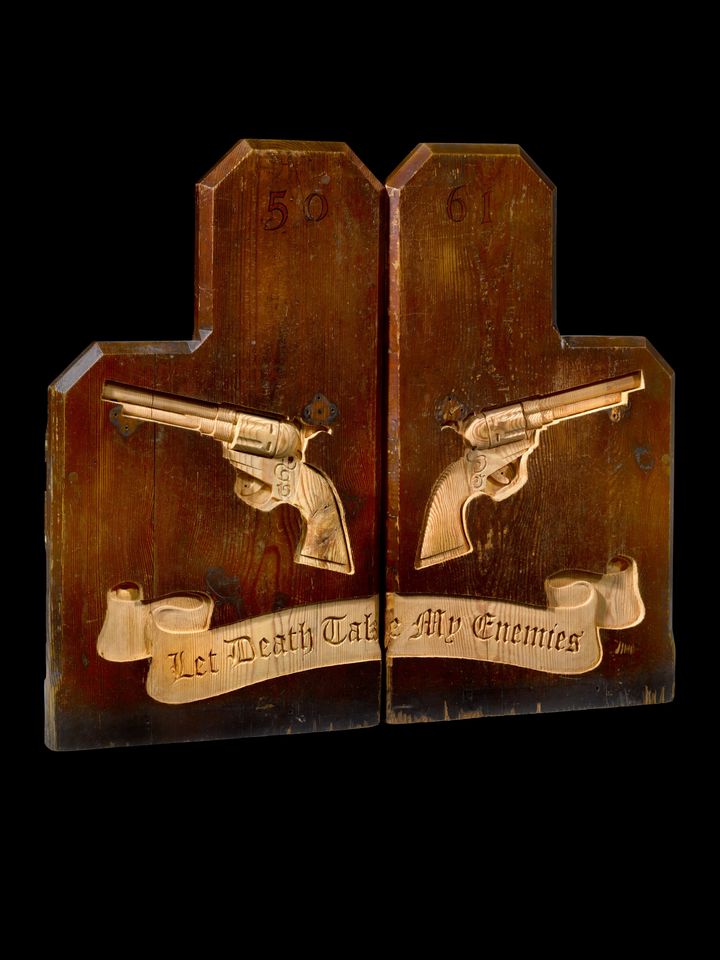 Now, some 12 years later, Turnbull has followed up with a church-themed series of carvings inspired by the coronavirus pandemic and his “absolute anger and frustration.”

“These ingredients were the perfect foundation for using these church materials, and the timing of this project was the key,” he said. “I wanted to represent the absolute pointlessness of faith and the ultimate meaningless of devoting oneself to these ideals. It’s the most vicious attack and most violent work I have ever done, which is bonkers when you consider the final product.”

“It’s like something you would still see in the chapel,” he added. 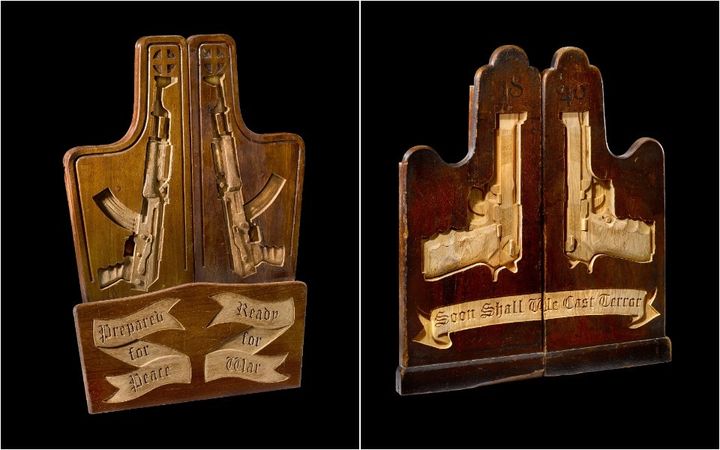 The carvings are featured in Turnbull’s new “American History RemiX” exhibition at the Saatchi Gallery in London, alongside his equally painstakingly created vintage comic book montages: 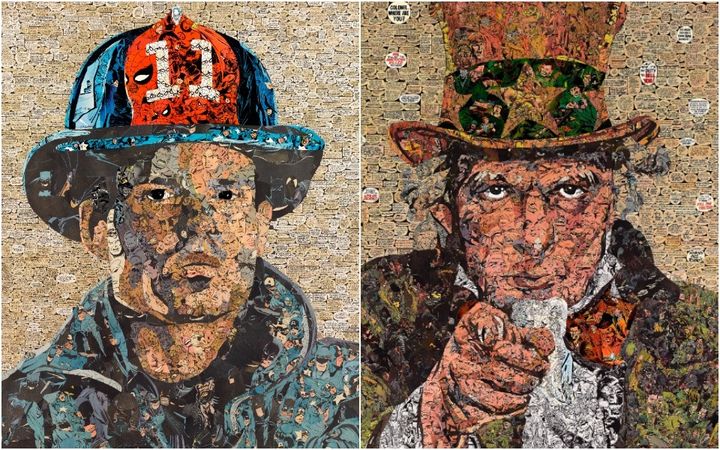 “It’s actually easier/happier for me when working than when I’m not working,” Turnbull wrote of his often weekslong approach to creating individual pieces of art. “If I’m not, I’m jittery, anxious like an addict looking for his next fix. I’m tranquillity itself with my scissors, scalpels and chisels.” 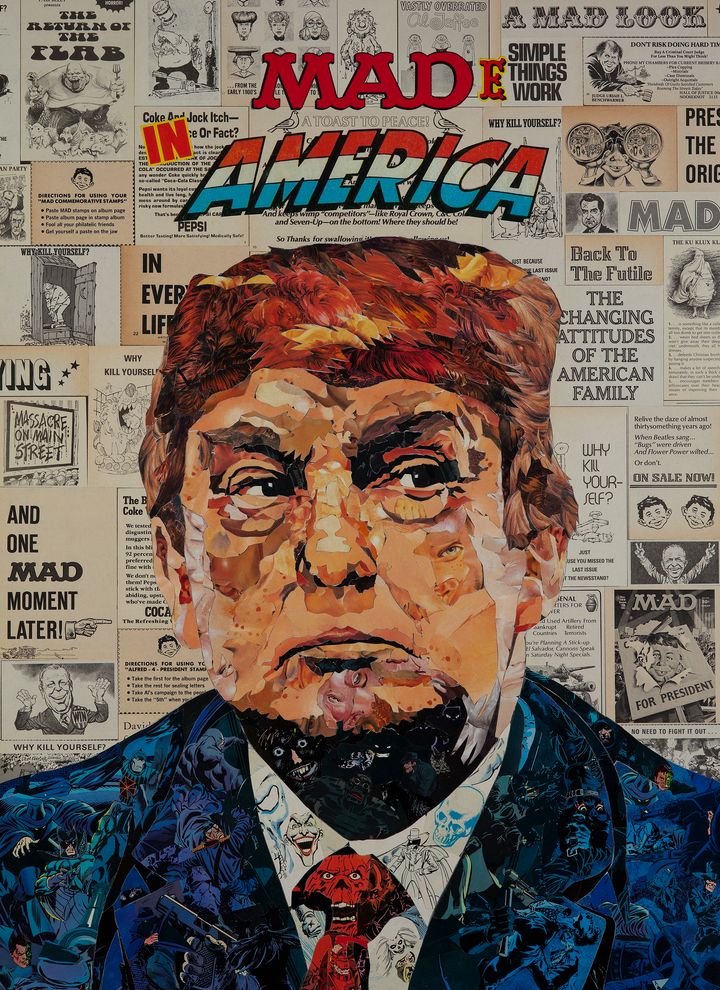 06/18/2021 lifestyle Comments Off on This English Artist Is Carving Out Powerful Messages About U.S. Gun Violence
Recent Posts