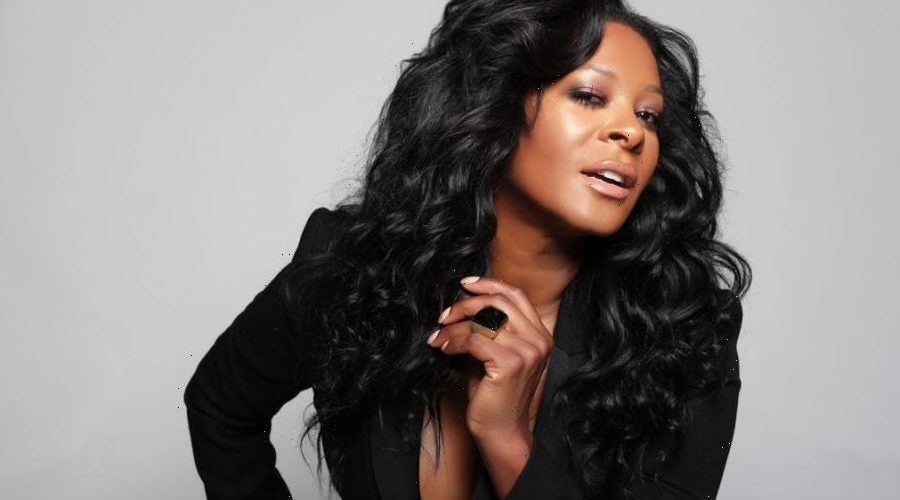 Dionne Phillips is a shining example of how grass-root hustle can lead to star-studded success. Hailed as “The Lash Queen” and a pioneer of lash extensions, her gifted hands have beautified the eyes of Hollywood heavy-hitters such as Viola Davis, Zoey Kravitz, Serena Williams and Mary J. Blige. When asked if she ever imagined that what started out in the kitchen of her New York City apartment would lead to her D’Lashes Luxury Lash Spa, located in perhaps the world’s most exclusive retail and real estate haven, she throws up her hands.

“Crazy, right?!” she replies. “A Black woman with a booming business in the heart of Beverly Hills.”

“I was just trying to be cute doing my own lashes for my casting calls” the former model and actress adds. “Next thing you know, I was doing them for a few friends. This made me realize I was on to something and I started perfecting my technique from that point forward. I had faith in myself and was already claiming that one day I would work among the stars.”

She soon said goodbye to being in front of the camera, hitting the ground running when she moved to California. “I was rollin’ up on women everywhere: ‘Hey, do you want to get your lashes done? I’ll give you a really good deal.’” Nowadays, she has an 8-month waiting list with people paying big bank to access her custom lashes and services.

When asked about the most memorable work she’s done in her career though, it didn’t involve enhancing the beauty of the rich and famous.

“For the past eight years, I have had the privilege of doing the lashes of cancer survivors as part of a day of pampering for them. The best part is listening to their stories of courage while facing the most challenging time of their lives,” she says. “Little did I know that God was actually laying the foundation of support and connection I would need for my own similar path up ahead.”

Earlier this year, she was diagnosed with invasive ductal carcinoma, a type of breast cancer that starts in the milk ducts and can move into the lymph nodes. Pathology tests found that the cancer may have been present in her body for 10 years and could have very well been connected to the high amounts of estrogen she was given to combat fibroids. Yet, she went for a standard mammogram for years and the cancer wasn’t detected.

“As soon as I felt the lump, my intuition told me that I needed a more advanced examination,” she says. “I had never even heard of a 3D ultrasound before and had I not persisted in finding an alternative to the standard mammogram, who knows what would have happened.”

After receiving the life-changing news, she courageously went on Instagram and sacrificed her right to privacy to publicly share her new health journey. From her chemo sessions to making brave decisions like getting a double mastectomy, the vulnerability she shared and still shares is quite the sight to behold.

“I really wanted to help women, in particular Black women, because I know firsthand, and even statistics show, that we don’t get the same treatment from doctors nor do we have access to the best resources and medical coverage that white women do,” she says. “I want to inspire them to get checked out, educate themselves and advocate for their own wellness. I’m already receiving DMs from women with cancer, many of whom haven’t even told a soul. I feel like my purpose has expanded from helping women build confidence from the outside to also helping them become whole from the inside. It’s a real blessing to be able to do that.”

And in the toughest moments, she’s also been able to find community and strength. Like when she began to lose her hair.

“For Black women, our hair is an extension of who we are, an expression of our creativity, our crowning glory. So, to lose my hair was like losing a significant part of myself. At the same time, being able to feel and show my bald head was so liberating,” she says. “It also helps living in an era where lace-fronts wigs are realistic and normalized for everyday use. I was able to get one custom made that looks exactly like my own hair. It’s perfect for days I just don’t feel like looking my current situation in the face.”

The sacrifices, the vulnerability, has all been worth it for Phillips. After only the third treatment of chemo, her doctor doesn’t see cancer in the lymph nodes as it shrunk 60 percent, and her white blood cells are normal. Her doctor credits her plant-based diet for yielding such remarkable results, but she credits God, saying she was connected to a personal trainer who not only beat Stage 4 cancer on a diet that was the same as what Phillips undertook. The trainer has been cancer free for five and Phillips has faith that she will have similar results.

In the meantime, even while going through her own journey, sharing her story, encouraging and inspiring others, Phillips believes there’s more to be done.

“No one should have to suffer with cancer when it could have been prevented,” she says. “My goal is to connect with an organization that can provide mobile services to underserved women outside of my business location. We can hand out flyers and offer 3D ultrasounds to passersby.”

You can follow Phillips and contribute to her GoFundMe so that she can continue to create content and provide support that will not only educate, but save other women.

06/10/2022 lifestyle Comments Off on This Beauty Influencer Has Worked With The Stars, But She's Proudest Of What's She's Doing For Fellow Breast Cancer Survivors
Recent Posts