The speculation about Cyrus and Hemsworth potentially having tied the knot comes thanks to their friend Conrad Jack Carr, who shared some telling images on his Instagram story on Sunday. There’s a video of Liam doing a shot alongside his brothers Chris and Luke. The trio is dressed up, as if for a special occasion, but that’s not even the biggest clue here. The video pans out to reveal some balloons that spell out "Mr." and "Mrs." in the background. Pretty suspicious, no? 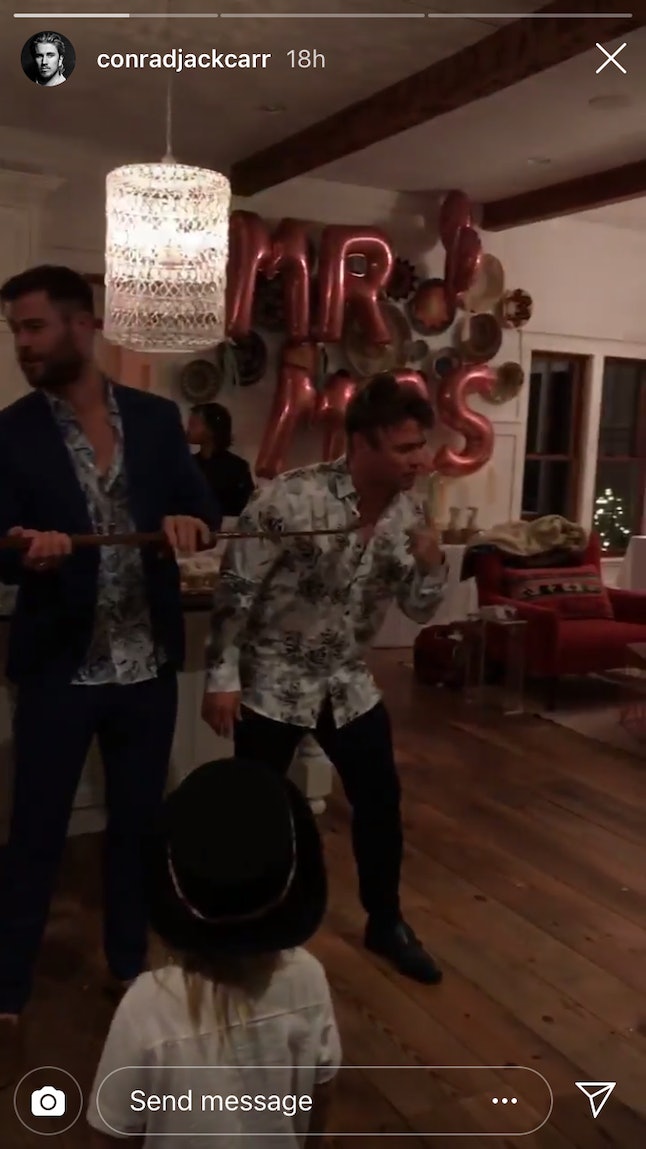 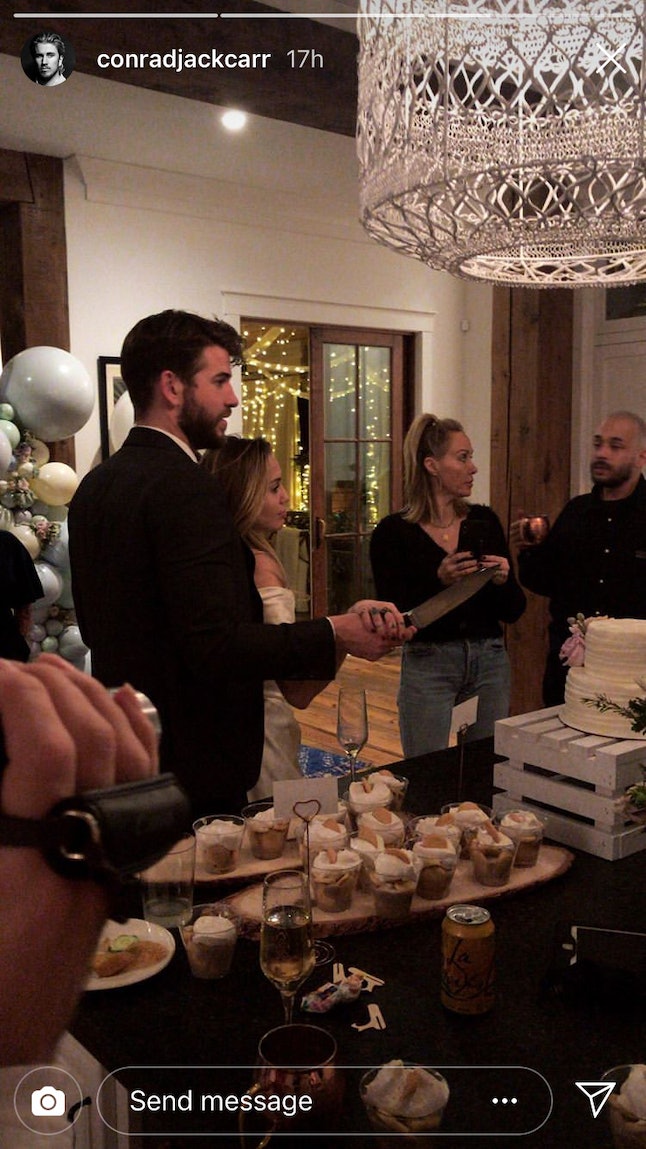 Of course, the photos themselves don’t necessarily prove anything, and it’s worth remembering that Hemsworth and Cyrus themselves haven’t confirmed that they’re married.

Whatever the occasion, though, it looks like both of their families were present for the weekend’s festivities. As People points out, Cyrus’ sisters Noah and Brandi can be seen in the video and photo, as can their mom, Tish. According to the magazine, the footage was taken at Hemsworth and Cyrus’ house in Franklin, Tennessee.

Still, the fact that the reports haven’t been confirmed hasn’t stopped fans from jumping to conclusions. Plenty of people have tweeted about how happy they are that Hemsworth and Cyrus may finally have tied the knot.

Some fans also praised the fact that, if this really was the couple’s wedding day, they opted for a low-key celebration at home, rather than spending elaborate amounts of money.

Whatever Sunday’s celebration entailed, it looks like Cyrus and Hemsworth are in good spirits this holiday season, despite losing their Malibu home in the California wildfires earlier this year. When Hemsworth shared a photo of what was left of their home, he kept his message focused on the people working to help others during the disaster, praising local firefighters. He and Cyrus also donated $500,000 to wildfire recovery after the tragic events.

Cyrus and Hemsworth have been through a lot this year. But it looks like they’re staying focused on all of the positive things they have in their lives, including the loved ones who spent the weekend with them. It’s too soon to say whether or not their family members were there to witness their commitment to each other with a marriage ceremony. But whatever was happening on Sunday, it looks like the group had a ton of fun, "shotskis" and all.