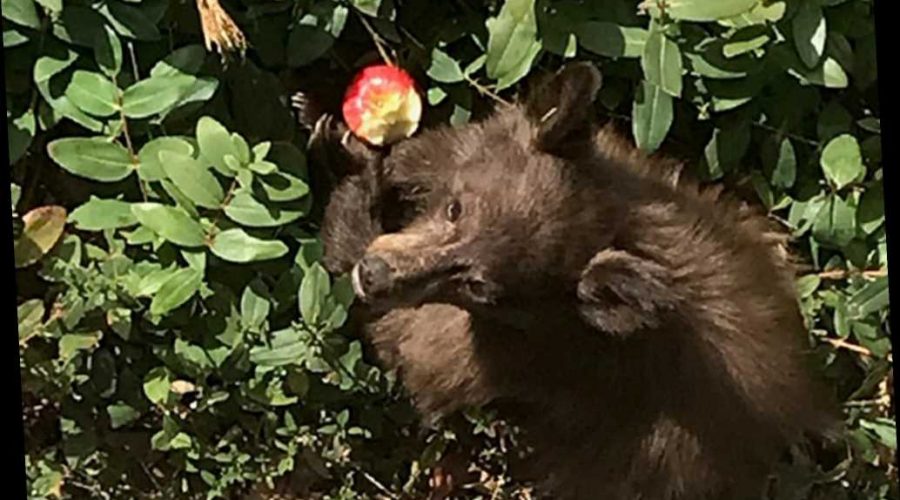 Hot-tub bear is ‘having a blast’

Woman attacked by bear while sitting on outhouse toilet

This malady is turning bears dog-like — and permanently crippling them.

Following a number of recent incidents with bears in California’s Tahoe Basin being reported for acting strangely, seemingly unafraid of humans and eager to do distinctly un-bear-like things, the state’s Department of Fish and Wildlife has published a blog on the sad reason for the behavior: encephalitis.

“Necropsies on the afflicted bears have confirmed encephalitis but the root cause of the disease remains a mystery,” the post states, attributing various bears’ bizarre behavior to the brain-inflating condition, which is manifesting from an unknown origin — although, in the process of looking into it, scientists have discovered five novel viruses which may be to blame.

“Complicating matters for wildlife officials, the neurologically dull bears appear friendly to the public. Not fearing people, they may come into contact – and conflict – with humans more often,” the post continues.

In the past 12 months, California officials have captured three bears with encephalitis, most recently a severely underweight female in Pollock Pines. That bear, which should have weighed approximately 80 pounds but only clocked in at 21, was found covered in ticks, acting confused, hopping into car trunks and accepting human attention, the Sacramento Bee reported.

It could also be dangerous for humans, too, Munk said.

“Next thing you know, maybe I’ll just hand feed it and see if it takes it out of my hand. You know those are situations where you’re getting a lot closer to getting bit potentially.”

After being taken to a laboratory for observation, the bear was found to have neurologic abnormalities which made its life untenable, and it was euthanized.

Encephalitis does not always end in death, however: A bear which went viral after stepping onto a snowboard at a ski resort in 2019 continues to live — with significant veterinary care and no full recovery yet — at the San Diego Humane Society’s Ramona Campus, and is now three years old and named Benji.