Speaking after a live-stream concert at the end of May, the super-versatile percussionist Jess Ciampa guessed that in the year prior to the lockdown he'd had only a single day off. Then, for the next seven weeks, he had zero interaction with other musicians. Some players went for more than nine months without performing, and countless albums were delayed in the hope performing in support of the release might become possible. In many parts of the world they're still waiting.

This was the year unkind parents said "I told you so" to offspring among the massed ranks of unemployed musicians. Yet, as many discovered, the virus, for all its appalling implications, also provided respite from the bustling madness of normality; space in which to compose. It was also the year when live streaming, for all its frustrations in terms of immediacy and sound quality, became a key means to reach an audience. 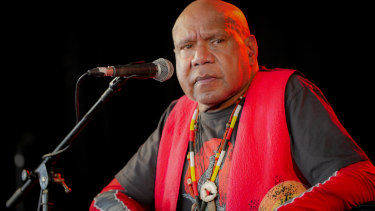 Archie Roach’s voice gently wafted like the words were puffy clouds and the music a blue sky.Credit:Nikki Michail

In watching the Hilary Geddes Quartet streamed in mid-April, the remoteness of the experience seemed not just a consequence of the times, but a metaphor for them: fuzzy little people on a screen, perched the prescribed distance apart. Nonetheless you heard Geddes' love of the guitar both as a trigger of electronic sounds and as an instrument of finesse and touch, while pianist Matt Harris, bassist Max Alduca and drummer Alex Inman-Hislop showered her pieces with invention.

Trumpeter Ellen Kirkwood's grasp of composition as a narrative art was plain in streamed duets with Geddes, which variously subverted or fulfilled the expectations they'd established. Some streams suited the medium more than others, among them guitarist/composer Julian Curwin's, whose elegiac, introspective compositions were more like miniatures than panoramas. Just as strong was Matt Ottignon's, the life-force fermenting in his tenor saxophone transcending the remoteness. Other notable streams included saxophonist Loretta Palmeiro and pianist Mark Isaacs immersing us into a land of melodic luxuriance, and Delay 45, led by composer/trumpeter Tom Avgenicos, playing with the enigmas of shadow and light.

Before the pandemic hit, Archie Roach reminded us that if his impetus for writing has often been hurt, his songs communicate resilience. His voice gently wafted across them like the words were puffy clouds and the music a blue sky. Beauty to him is not just as an aesthetic, but a lived experience – of optimism, inclusivity and empathy in the face of trials that would flatten or embitter most of us.

Bunggul was a live rendering of Gurrumul's posthumously released Djarimirri (Child of the Rainbow), which contained Erkki Veltheim's orchestral settings of traditional Yolngu songs. With ancient, ritualistic dances and Veltheim conducting the SSO, mystery piled on mystery as cellos replicated the yidaki's phenomenal momentum and Gurrumul's extraordinary voice frayed the edges of the possible.

In February the Necks became the first band to play in all six Sydney Opera House venues, ticking off the Playhouse in their pursuit of the art of the slow-cooked anticlimax. The passing decades have expanded Chris Abrahams, Lloyd Swanton and Tony Buck's improvising options, including using sudden rather than evolutionary change. To fall through a hole of total immersion in their music was to find the tiniest musical gestures assuming monumental implications. 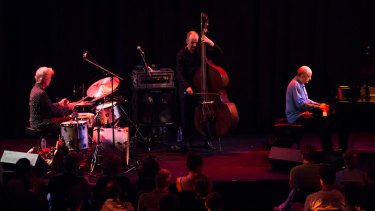 In February the Necks became the first band to play in all six Sydney Opera House venues.Credit:

Amanda Palmer's four-hour solo show typified her daring, the marathon eased by her having the keys to the master-switch between laughter and sadness, and Australian bassist Linda May Han Oh toured her homeland in style: as part of guitarist Pat Metheny's top-shelf band on March 8.

Then came five months of streams, before hearing Vazesh on August 4. The improvisations between Hamed Sadeghi (tar), Jeremy Rose (bass clarinet, saxophones) and Lloyd Swanton (bass) included a Sadeghi solo that was like the lament of an inconsolable mother, while a later three-way conversation was as gentle as three wind-chimes grazing each other.

The musical personalities in pianist Zela Margossian's fizzing quintet are so conceptually aligned and aesthetically complementary that their individual sounds coloured and shaded each other like a fine string quartet. They stilled the world just a little with the whisper-quiet Gratitude, and percussionist Adem Yilmaz's playing on The Good Within suggested the music of butterflies. 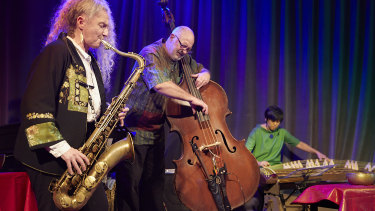 During the year the local jazz scene lost such giants as saxophonist Mark Simmonds, multi-reeds player Don Burrows, pianist Julian Lee and most recently the inimitable writer John Clare. Internationally, meanwhile, the virus wrought carnage among too many beloved musicians.

12/29/2020 lifestyle Comments Off on The year with the black hole at its heart
Recent Posts
We and our partners use cookies on this site to improve our service, perform analytics, personalize advertising, measure advertising performance, and remember website preferences.Ok