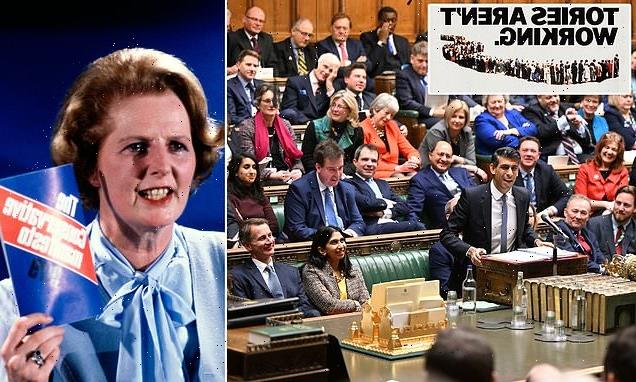 The ‘cruel and inefficient’ Tories have betrayed Mrs Thatcher’s principles, argues LORD SAATCHI, the man behind one of the most provocative political adverts of all time

Over lunch with Margaret Thatcher, I raised a question that cut to the heart of her economic policies.

I asked if she realised that Britain’s Big Five banks controlled 80 per cent of all financial transactions – not just cheques and loans, but mortgages, credit cards and insurance.

With her eyes blazing and with the forthright honesty that was her trademark, Mrs Thatcher retorted ‘That’s impossible!’ – meaning that she thought the banks’ dominance was intolerable.

In the intervening decades, that ‘impossible’ situation has become much worse. The free market has been swallowed up by cartels and giant global corporations, run by faceless directors. 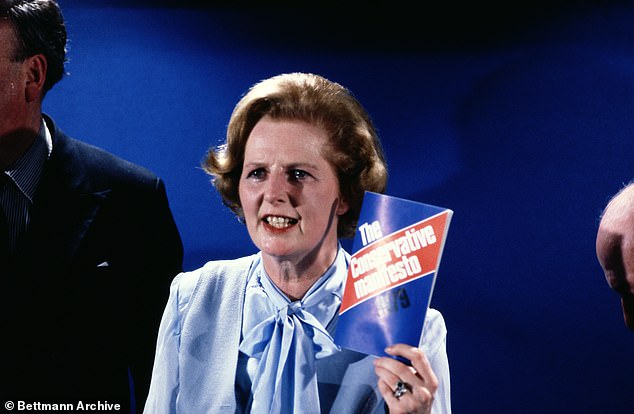 With her eyes blazing and with the forthright honesty that was her trademark, Mrs Thatcher retorted ‘That’s impossible!’

Big corporations are even worse than big government because, however bad politicians become, we know their names and have an opportunity occasionally to get rid of them (file image)

Big corporations are even worse than big government because, however bad politicians become, we know their names and have an opportunity occasionally to get rid of them. A government can be held accountable by the electorate.

The same is not the case with corporate behemoths, run by people for whom their customers are just so many ants. This is true inequality, and it is as far from Conservative ideals as imaginable.

How utterly different from Mrs Thatcher’s idea of the free market – which was a kind of perpetual referendum, where everyone cast their votes every day by spending money. From this competition, better services and better products emerged.

But capitalism without competition is nothing less than exploitation, and that’s what exists today.

The fundamental difference between the Tories and Labour, I believe, can be boiled down to two phrases: Conservatives are efficient but cruel. Labour are caring but incompetent. 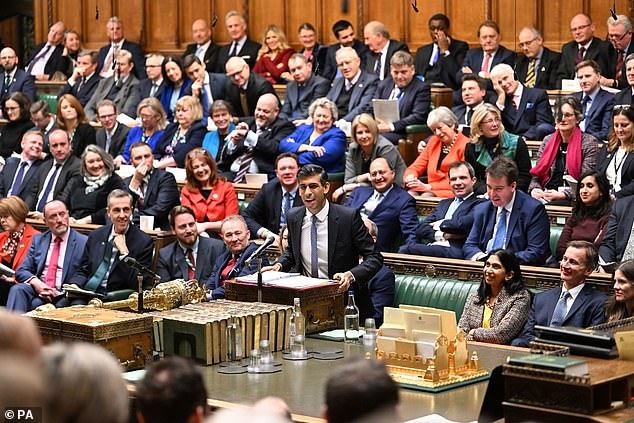 But capitalism without competition is nothing less than exploitation, and that’s what exists today. Rishi Sunak in the House of Commons in December 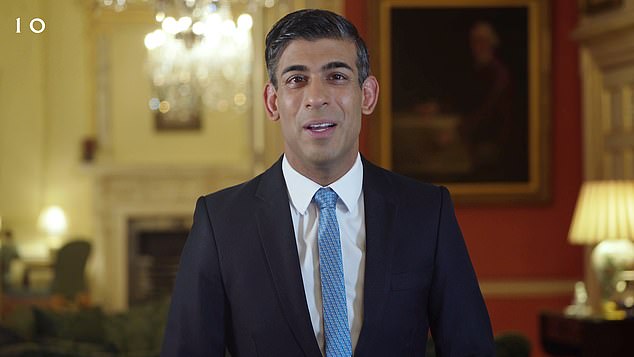 Individual Ministers cannot solve this. It has to be tackled from the top, and that means the Prime Minister must show real leadership, argues Lord Saatchi

By ‘cruel’, I do not mean sadistic or malevolent. I mean that Conservatives recognise that inequality is everywhere in life, and it is dishonest to pretend it can be eradicated.

The truth is that some people are more determined, more capable, more driven, more intelligent – and they tend to succeed.

Success, in turn, brings money, which is the root of all freedom. Indeed, the greatest restriction on liberty is an absence of money.

One of Mrs Thatcher’s favourite parables was the story of the Good Samaritan, because it proved, she said, the importance of money.

If the Samaritan had been broke, he couldn’t have offered help. That is a deeply Tory view, though few politicians would have her courage to say it out loud.

I adored Mrs Thatcher. I owe her everything. She changed my life with her support for the advertising agency I ran with my brother Charles. The whole Saatchi story would never have happened without her.

We played a vital part in her first General Election victory in 1979, with our poster depicting a dole queue with the slogan Labour Isn’t Working.

That was much more than a mere slogan. It captured a fundamental truth in three words and did it with such lethal precision that Labour was permanently skewered. Such phrases can be devastating weapons for both sides.

‘Efficient but cruel’ is no longer an accurate summary of Conservative performance. After the shambles of the past year, ‘inefficient and cruel’ is the verdict.

That said, I am not convinced that competence can ever be a Labour quality. And I am optimistic that, with assertive leadership from Rishi Sunak, the Conservatives will rediscover their natural efficiency.

To achieve this, a return to the real values of a free market must be the first priority. 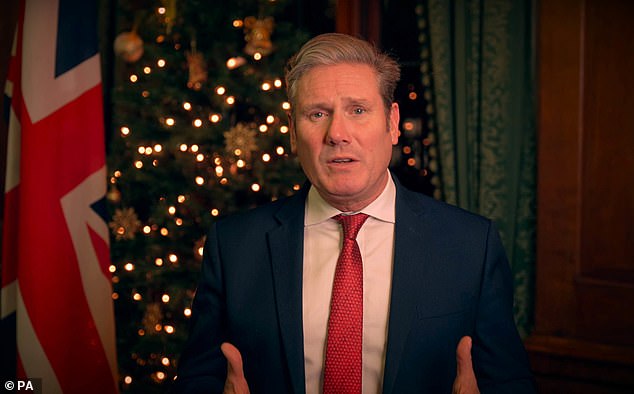 If Labour is able to change its core personality, becoming ‘caring and competent’, the result of the next General Election will be the biggest landslide this century

The second challenge is to tackle the suffocating inertia that pervades Whitehall.

Recently, I met a Secretary of State who told me that the situation in her department is beyond parody. The Minister asks for changes but is told they cannot be made. She expects action but is told it is unthinkable.

It would be a mistake to imagine that civil servants are obtuse people. On the contrary, many are highly intelligent with vast experience in their field – unlike the rotating Cabinet Ministers, who arrive without prior knowledge and vanish before they’ve had time to learn the ropes.

No wonder the mandarins run rings around the politicians, until the system is all in knots.

However, individual Ministers cannot solve this. It has to be tackled from the top, and that means the Prime Minister must show real leadership.

Leadership demands honesty and integrity, and the loss of that from our political scene is the great disaster of recent years. It’s one of the chief causes for the mess we’re in.

I long for the return of decent, heartfelt politics, the kind that Margaret Thatcher embodied. Whatever her faults, she was the soul of integrity.

The third priority is to tackle the immigration crisis. Here, clear criteria for people to be admitted to Britain are the key.

My new book, Do Not Resuscitate, describes how entry into heaven has to be strictly controlled by simple, well-known rules. The same applies to immigration into Britain.

If the authorities let everyone in, without any criteria, the system will break down.

It’s crucial to define openly and honestly what the benchmarks are. By making sure those rules are widely publicised, so that everyone understands the requirements, I am convinced we will reduce the number of hopeless applicants and ease the pressure on the immigration authorities. 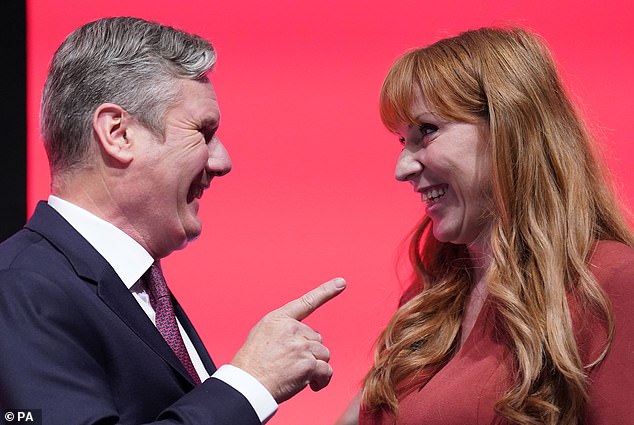 The Left wants everyone to have access to everything, but that’s impossible. By contrast, Tories believe good things have to be earned, by hard work that enriches everyone

The fact is that we cannot let everyone in, without regard for their desirability or qualifications. There have to be rules.

This represents the fundamental difference between Conservatives and Labour, between free marketeers and socialists.

The Left wants everyone to have access to everything, but that’s impossible. By contrast, Tories believe good things have to be earned, by hard work that enriches everyone. If all the good things are handed out for free, they become worthless.

At the same time, rampant inequality is wicked. It is, as Mrs Thatcher said, intolerable.

All my life, I have had hope that the Conservative Party will provide the strong leadership and ethics this country needs.

More than ever, we need that now, to revive the spirit of free enterprise. Do that, and I believe Rishi Sunak could lead his party to another Election victory.