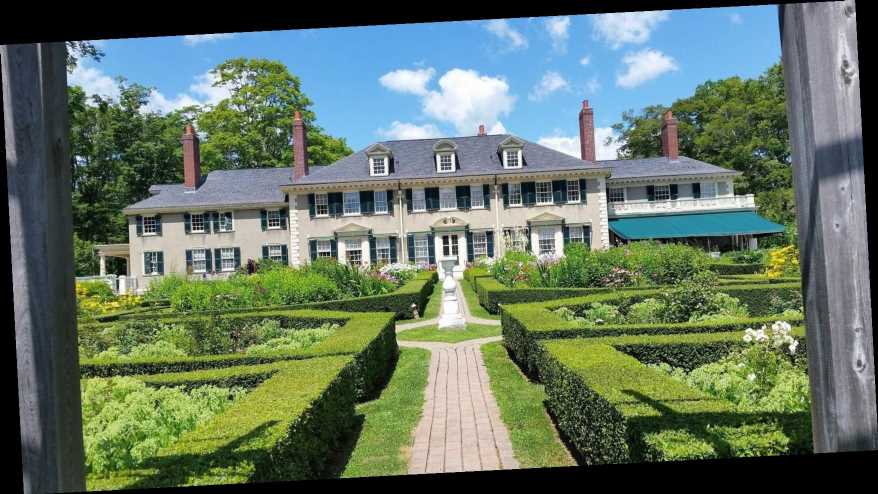 While 2021 has been a financially complicated year, several celebrities have been able to utilize the dramatic changes to increase their wealth significantly. With that additional wealth, many of them purchased new homes, escaping the cities while adjusting to the new work from home dynamic. Several of these celebrities have sold multi-million dollar homes within the main hubs of New York and Los Angeles, and have moved into new states, venturing to places like Texas, Nevada, and Montana.

Of the celebrities that have moved, these 10 have sold their iconic, beautiful homes and purchased something new, allowing themselves a fresh start post-pandemic. Some of these stunning homes will now have a new owner, but prior to the next guests moving in, they deserve some further explanation and exploration. Here are the top 10 most expensive celebrity mansions sold or listed so far in 2021, ranked in order by their price.

Collins’ recently-sold home went for an astonishing $13.5 million in late March of this year. The mansion, located in the iconic Beverly Hills community, contained four bedrooms and five bathrooms. It was designed by world-renowned Hollywood architect John Elgin Woolf, known for his work designing homes for stars such as Clark Gable, Judy Garland, and Bob Hope.

The house sits just off of Sunset Blvd and features such amenities as a library, a full bar, a formal dining room, and a tennis court.

Collins original purchased the California mansion in 2016 and shared the home with her husband, writer and director Charlie McDowell, during quarantine.

This ocean-front property combines the natural landscape of Malibu with the modern and tech-driven style of the newly emerging community. Anderson, the star of Baywatch and iconic model, listed her home on the market for $14.9 million in March of 2021.

The four bedroom and four and a half bathroom home has accrued in value since she first purchased it back in the early 2000’s. Initially offered at $1.8 million, she had listed the house on the market in 2013 for $7.75 million. Now, eight years later, she is asking $14.9 million, almost doubling her original asking price. and investment

Based in the Pacific Palisades area of Malibu in Los Angeles, California, actor and film star Matt Damon listed his residence on the market for $21 million in January of 2021. The over 13 thousand square foot home contains seven bedrooms and ten bathrooms and sits on one of the most highly coveted streets in Los Angeles.

Sitting on over a half acre of private property, it is one of the largest homes in the desirable Upper Riviera neighborhood.

NFL Hall of Fame star Tony Gonzalez recently listed his home in the Beverly Hills community for $28 million. Having originally purchased the home in 2016 for $7.1 million, Gonzalez and his wife, DJ October Gonzalez, have renovated the property, adding a tennis court and a stunning pool.

The over 12 thousand square foot mansion is now over three times the size of the original house in its space. Its iconic structure also earned itself a feature in the Los Angeles Times back in 2020.

Nassif is known for being one of the lead doctors on the plastic surgery-based reality television series Botched on the E! network. In March of 2021, he listed his $32 million home while it was still under construction. The home is expected to be finished no later than June or July of 2021.

The beautiful home, located on private property and secluded by a natural tree-lined fence, has seven bedrooms and eight full bathrooms, making it an idyllic situation for a family to ride out the remaining time of quarantine. It boasts over 12 thousand square feet of living space and resides on over 1.3 acres of land.

The home contains many unique elements including a wine room, a private gym and spa, and a sauna with a meditation space. In addition to a guest house and two separate kitchens, the space also includes several courtyards and an over 8-car driveway space.

The country singers home was first listed in February of 2021 at the asking price of $35 million. Located on the island of the Bahamas, this secluded property includes an over 6 thousand square foot residence that contains four bedrooms, five bathrooms, an observational tower to watch the sunset, and several pavilions for guests.

The iconic home was featured as a cover story in Architectural Digest in 2017 which explored the renovations that the couple completed there. Originally consisting of little more than a shack, the now 20 acre island is connected with an elaborate system of cabanas and covered verandas, making it a complex maze worthy of further exploration.

This iconic house is home to the viral video of Tom Cruise’s interview with Oprah Winfrey in 2008. It is also the home featured in Vanity Fair’s iconic article where he spoke of Katie Holmes and introduced their daughter Suri.

While initially listing the home for $59 million back in 2014, it has reentered the market in March of 2021 with a new list price of $39.5 million. Cruise has been working on this passion project home for over 30 years, eventually finishing the design and furnishings in 1994. The cabin-inspired mansion sits on over 320 acres in Colorado, making it an idyllic winter wonderland during the November and December months.

Golf icon and entrepreneur Greg Norman listed his Florida mansion on the market in February of 2021 at a whopping $59.9 million. The 31 thousand square foot structure contains 10 bedrooms and over 18 bathrooms that overlook the ocean.

The house is nicknamed “Tranquility” for the sunsets and transcending views that encapsulate the home. Norman has owned the property for over 30 years and has completed several renovations to make it look as majestic as possible. He also purchased the accompanying beach house and pool house in 1991 for $4.9 million, adding several structures to the already-impressive home.

In a deal different from the others on this list, Elon Musk, the founder and CEO of Tesla and SpaceX recently sold a package deal for his Los Angeles homes. Including four separate properties, the deal reached a record $62.5 million.

The sale was unconventional, as only two of the homes were contiguous and the others were located elsewhere in Los Angeles. Each distinct in its own style ranging from hyper-modernism to neoclassical, the homes were purchased by luxury land developer Ardie Tavangarian who plans to remodel and sell each home individually.

With many recently listed homes in some of the most desirable destinations in America, most of these properties are expected to sell by the end of the year. And with new owners and a variety of future renovations impending, it is expected that the value of each of these homes will continue to increase within the next few years as well, making them viable candidates again for the most expensive homes of 2022 and beyond.

READ NEXT: 10 Rock Stars With Crazy Expensive Homes (& How Much They’re Worth)

04/01/2021 lifestyle Comments Off on The Top 10 2021 Most Expensive Celebrity Mansions Sold or Listed So Far, Ranked
Recent Posts