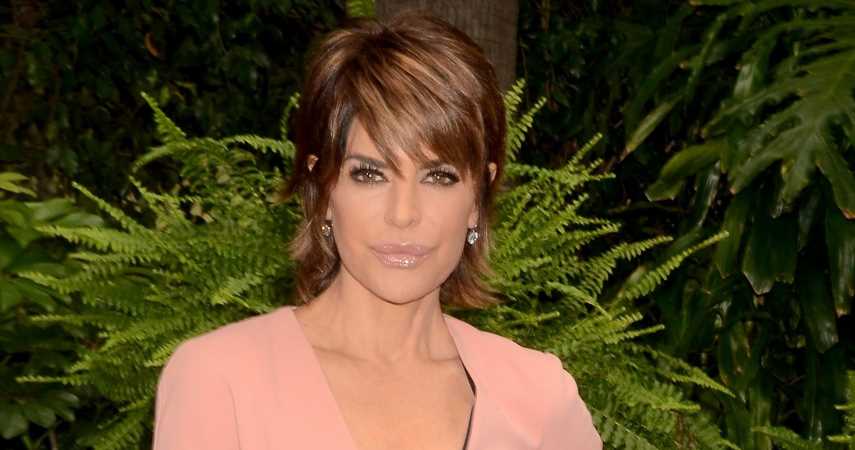 Lisa Rinna’s explosive personality and signature style have graced the small screen for decades. She has amassed a huge fan following, and regularly engages her social media followers with her legendary dance moves and her innate ability to let loose and dance through life. Her personality is infectious, and one glance at her Instagram account depicts a woman that truly seizes life and tries to enjoy every moment. Rinna has been working in the world of entertainment for many years, and has dipped her toes into a variety of television shows before become a huge star with her role on The Real Housewives Of Beverly Hills. Lisa is married to Harry Hamlin, and they have two daughters, Delilah Belle and Amelia Gray Hamlin. With an impressive net worth of $10 million, Lisa Rinna worked her way to the top, and has an impressive resume to share.

6 Her Breakthrough Came With A Music Video

RELATED: Every Cast Member Of The Real Housewives Of Beverly Hills Net Worth

Lisa Rinna first launched her acting career when she appeared in a music video for John Parr. The video for their song Naughty Naughty was Lisa’s introduction to the spotlight, and she discovered that she was a natural when all eyes were on her and the cameras were rolling. She went on to pursue a variety of modeling and acting jobs after receiving wildly successful reviews for this music video.

Lisa Rinna married Harry Hamlin in 1997 and the world definitely took notice. Already quite established in his career, Lisa Rinna was elevated to a new level of fame and fortune and as the world watched their relationship in wonder, they embarked on some television shows as a couple.

Harry and Lisa stared in a hit crime drama series called Veronica Mars which aired from 2004-2007, and even went on to start in the Broadway show Chicago together in 2009. They also enjoyed a brief stint on their own reality series in 2010 in a show called Harry Loves Lisa, which in spite of only airing 6 episode, saw huge ratings.

When Harry and Lisa teamed up for their television shows, she was already a veteran on the small screen.

Rinna made her television debut in 1990 by appearing on The Hogan Family. She went on to establish a solid career in television by moving on to star in Days Of Our Lives in 1992, and then on Melrose Place, where she played the role of Taylor McBride. This was the first real role Rinna played which really focused on the depiction of conflict between friends, and she went on to play out a similar style and persona when she moved on to the Real Housewives Of Beverly Hills.

Lisa Rinna went on to play a large role in the HBO series Entourage, and is widely recognized for her role on Soap Talk which lasted for four years, from 2002- 2006, and netted her a Daytime Emmy Award.

Other television stints included hosting Live with Regis and Kelly alongside Regis Philbin, and a guest starring role on Nickelodeon’s hit series Big Time Rush in 2011.

Lisa Rinna also made a huge paycheque by starring in a few movies such as  Another Woman’s Husband, Sex, Lies, and Obsession, and Good Advice.

3 Days Of Our Lives

Lisa Rinna’s role on Days Of Our Lives was a prominent one, and deserves a category of its own. She played the role of Billie Reed, and the relationship she shared with her love interested, Bo Brady, was a long-lasting, high impact one for fans who loved the show. She played the role from 1992 until1995, and then came back in 2002 for a year. Rinna reprised her role once again in 2012 and appeared on the show as recently as 2018.

Her exposure on this hit daytime soap opera made Lisa Rinna a recognizable face to millions of fans, and at this time, her signature look really took form – a look which inspired much of her success today.

Lisa’s look was largely made famous by her hair and lips and she has sustained her image over the years, building on it enough to build her own brand- a brand that has proven to be wildly successful and lucrative. The Lisa Rinna Collection made huge profits on QVC, which sources state have sold millions of units since the launch in 2012.

In 2020, Rinna launched her beauty company called Rinna Beauty, which uses her famous lips to promote lip products that are designed for her fans to use on a daily basis. She used edgy names for her product line, inclusive of;  Rosé All Day, Pucker Up B!tch lipstick, Notice Me lip liner, and No Filter lip gloss.

1 The Real Housewives Of Beverly Hills

Lisa Rinna’s biggest success story lies in her role on the Real Housewives Of Beverly Hills. She launched to superstardom as Harry Hamlin’s wife, the lady with attitude and charismatic charm that boldly entered a room and confidently took on anyone that dared question her in any way. Her explosive, highly entertaining antics were responsible for much of the drama that influenced the wild success of the show.

Rinna is one of the most valuable stars of the show, drawing a huge audience and playing the part of dramatic entertainment that truly engages fans. Of course, she gets paid very, very well for her presence on the show. Much of  Lisa Rinna’s $10 million net worth is due to her earnings from this show. Project Hatch reported  that Lisa earns $500,000 each season on the Bravo reality series.