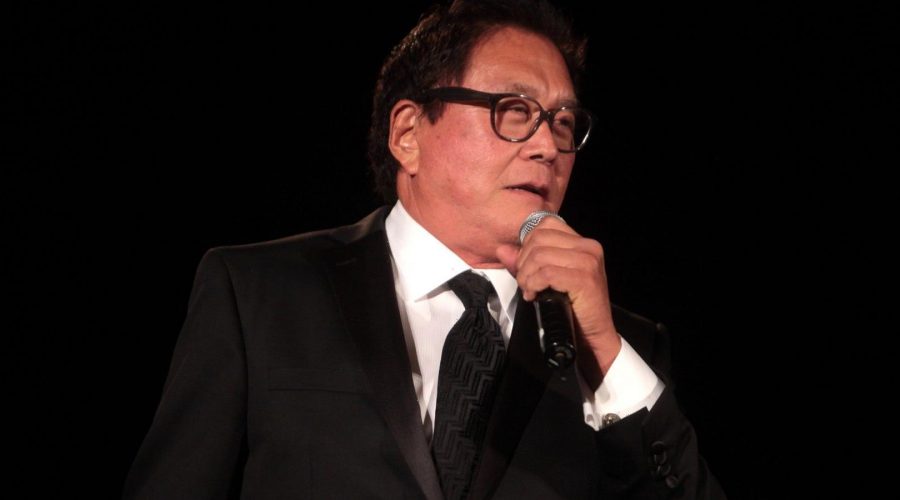 American author, businessman, investor, and motivational speaker Robert Kiyosaki has a net worth of $100 million. He is best known for his series of books titled Rich Dad Poor Dad. Kiyosaki has become among the most prominent names associated with life coaching and self-help. The author is also a well-known financial commentator who gives sound advice regarding financial stability. Most of the author’s net worth came from seminars that were conducted by different individuals who pay him to use the Rich Dad brand for some marketing reasons.

Kiyosaki is the author of about 26 books which includes a series of books that is self-published personal finance Rich Dad Poor Dad. The book has been published internationally and was even translated into 51 different languages, and has sold over 41 million copies around the world. Although the book is widely successful, he was criticized for advocating to the public some practices which are debatable on the legal aspect and giving off a mentality of getting rich quickly. He was even subject to a lot of class action suits which were filed by the people who attended his seminars and were subjected to investigations by different documentaries, including the WTAE USA and CBC Canada.

Born in Hilo, Robert Toru Kiyosaki was born in 1974, which was still in the Territory of Hawaii at the time. He was a part of the Yonsei generation of Japanese Americans and is the eldest son of an academic educator, Ralph H. Kiyosaki, and registered nurse Marjorie O. Kiyosaki. He has three siblings Emi, Beth, and John. He has attended and graduated the Hilo High School in 1965. With little known facts about his life, the only known facts about him are the information which he said from his own speeches and talks he made about his life.

As stated by Kiyosaki himself, he has received congressional nominations from Senator Daniel K. Inouye for US Naval Academy and US Merchant Marine Academy. He also attended the US Merchant Marine Academy in New York and has graduated in 1969 as a deck officer with a Bachelor’s Degree and as a commission 2nd Lieutenant in the Marine Corps. Right after graduating college, he took a job as a third mate in the Standard Oil tanker office. He then resigned after six months on the job to join the Marine Corps, wherein he served as a helicopter gunship pilot at the Vietnam War in 1972, where he was awarded, Air Medal. He then enrolled at the University of Hawaii at Hilo in a two-year MBA program in 1973 while still serving in the military. He was then honorably discharged from the Marine Corps in June 1974.

After he was discharged from the Marine Corps, he has attended Erhard EST seminars that same year, which he claimed changed his life. Just after three years, he started a company called Rippers in 1977, a company that offers the market the first nylon and some Velcro surfer wallets. The products of Rippers were even featured in different prominent magazines such as Runner’s World, Playboy, Newsweek, Success Magazine, and Gentleman’s Quarterly. However, despite his products being greatly marketed, the company went bankrupt. The following year, he took a job as a sales associate for the Xerox Company but quit that same year.

Kiyosaki then started a retail business that made shirts, wallets, bags, and hats for heavy metal rock bands. However, the company went bankrupt as well in 1980. Determined to make things work and succeed, he started a new business yet again; he co-founded a business education company that teaches investing, entrepreneurship, and social responsibility called Excellerated Learning Institute. However, he sold the company in 1994.

How His Career Finally Took Off

Kiyosaki published his first book in 1992 titled If You Want to Be Rich and Happy, Don’t Go To School. The book encouraged the parents to not even send their children to college and just enter the real estate business instead. The author’s book was scrutinized, but he kept on trying; in 1997, he launched a business and financial education company called Cashflow Technologies, Inc. Kiyosaki has partnered with Amway to promote his succeeding books, and as per his interview with the Forbes, his main earnings came from the franchises of his Rich Dad seminars.

Rich Dad is a collection of dozens of business success stories that discusses the principles of the Rich Dad Poor Dad perspective that can be effectively applied for the day to day life. It became a huge hit because the individuals on the stories are from all walks of life that changed their outlook on their financial status and eventually got to succeed because of some strategic investments.

01/13/2022 lifestyle Comments Off on The Robert Kiyosaki Story: How The Financial Guru Went From Being Almost Bankrupt To Becoming A Multi Millionaire
Recent Posts