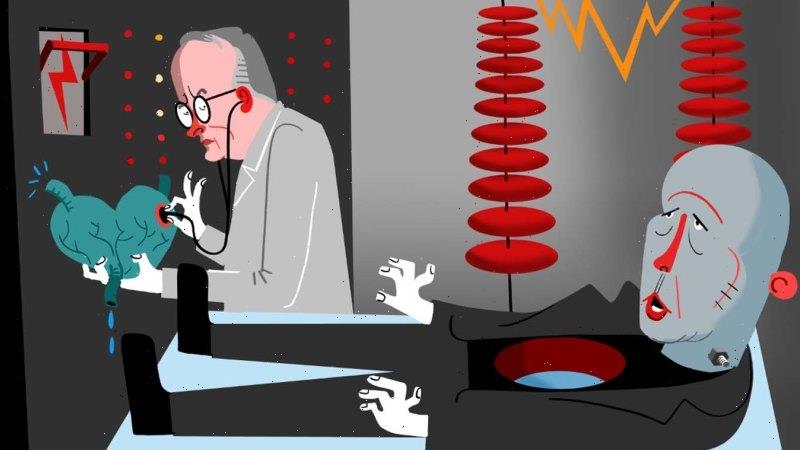 Anthony Albanese allowed himself a moment of “I told you so” indulgence this week when he formally welcomed his Labor team back into government, after nine years in the wilderness. He told the caucus room it was his idea to launch their election campaign in the former Liberal heartland of Perth.

“Not everyone [of his advisers] was rapt,” Albanese revealed. “But wasn’t that a good call in WA? So we have an opportunity to shape the future from this position.” By “this position”, he meant the privilege of a two-seat majority on the floor of the House of Representatives. The four seats Labor seized from the Liberals in Perth were, in the end, the difference between minority government and power in its own right with 77 seats out 151 in the lower house. 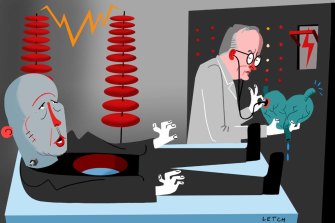 Every incoming prime minister could be forgiven a small moment of self-praise. But no one likes a show-off. And Albanese cannot afford to misread a victory that involved a historic collapse in the primary votes of both main parties as vindication for his own world view.

The new PM would recall his predecessor Scott Morrison’s equivalent shout-out to the other frontier state on election night in 2019, when he declared “how good is Queensland?” Morrison believed he had single-handedly navigated the Coalition to the electoral high ground of regional and outer suburban Australia, where Labor could never threaten his haul of 77 seats. Yet, he destroyed the Liberal Party’s institutional base in the capitals with a re-election campaign that was both wilful in its divisiveness, and clueless about the national mood for a new type of politics.

The defection of once-safe Liberal seats to the teal independents in Sydney, Melbourne and Perth, and to the Greens in Brisbane, compounded the losses of marginal seats to Labor. The Coalition might have weathered one storm, but not both. It goes into opposition with barely a third of the seats in the lower house – 58 out of 151. How good is Queensland? It was the only state to return a majority for the Coalition while the Liberal Party recorded its lowest seat count in each of the AFL states of Western Australia, South Australia and Victoria, and the equal lowest in NSW.

How good is Queensland, indeed; it was the only state to return a majority for the Coalition.

Albanese is the immediate beneficiary of a realignment in the electorate, but he must surely be wondering if Labor will be next. The answer to that question will depend on whether he can resist the tribal urge to legislate only on behalf of his policy mandate.

It is in Labor’s interests to share power where necessary with the teals in the lower house, in order to lock in their popular support as local members and create a barrier to re-entry for the Liberals in the cities.

Albanese does not need to sacrifice his agenda. On the contrary, he could secure it as the addition of teal amendments to Labor legislation in the lower house should act as insurance against any potential Greens obstruction in the Senate. The Greens would not want to suddenly appear as the party of gridlock.

Albanese should govern as if he is already in minority. He should also approach the states and territories with the same notion in mind. Remember that Morrison’s best days as PM were when he was able to share the podium with the premiers and chief ministers during the first wave of the pandemic.

While Albanese can look forward to wall-to-wall Labor governments on the mainland in the short term if Daniel Andrews is returned in Victoria, and Dominic Perrottet falls in NSW, history says the state cycle will eventually run in the opposite direction. Albanese needs to embed a new model of co-operative federalism before he starts losing Labor colleagues at the state level of government. Otherwise, he risks a future like Morrison, where the premiers help decide a federal election.

The new federal parliament looks nothing like the last because it suddenly looks more like the nation it is supposed to serve. It is more feminine, and more diverse, but the twist is that no single party – not even the winning Labor side – came close to catching a representative cross-section of the Australian people on May 21. The independents and the Greens who claimed 10 of the 20 seats that changed hands were noticeably whiter than the population at large. The exception was Dai Le in Fowler, in Sydney’s west.

Meanwhile, eight of the 10 seats Labor took from the Liberal Party were in electorates that are more diverse than the population at large. The exceptions were Boothby in Adelaide and Robertson in NSW, the only seat to change hands in the regions.

This is not a bad thing because the successful candidates in every contest happened to look like their electorates. But it does underline the paradox of a more representative parliament. The party in power faces an opposition and crossbench drawn from parts of Australia that are potentially beyond its own life experience.

To understand the dynamic, it is important to appreciate the subtle difference between the young Australia of the inner and middle-ring city suburbs, which helped fuel the teal and Green uprisings from Perth to Brisbane, and the new Australia of the middle- and outer-suburbs, where Labor has traditionally enjoyed a natural advantage.

Going into the election, Labor held 35 of the top 50 electorates for non-English speakers, the Liberals 14, and the Greens leader Adam Bandt had the other in the electorate of Melbourne. These seats are where Albanese drew his greatest support. Labor won five diverse seats from the Liberals – Reid, ranked 11th for non-English speakers, and Bennelong (14th) in Sydney, Chisholm (16th) and Higgins (45th) in Melbourne, and Swan (36th) in Perth – while ceding Fowler to an independent.

The teals picked up two from the Liberals in the top 50, namely North Sydney (38th) and Josh Frydenberg’s Kooyong, (40th). The other four – Goldstein in Melbourne, Wentworth and Mackellar in Sydney, and Curtin in Perth – were all outside the top 50, as were the three Green gains in the Queensland capital, Brisbane and Ryan from the LNP, and Griffiths from Labor.

This suggests the Greens threat to Labor is not yet on the same level of existential crisis as the teals present for the Liberal Party. The problem for the Liberals begins with the head count in the joint Coalition party room. The Queensland LNP has 21 members in the lower house, while the Nationals in NSW and Victoria account for a further 10. The city-based Liberals outside Brisbane number just 11, and there are 16 regional Liberals outside Queensland.

The successful Labor governments of the past that delivered social and economic reforms, and an extended period in office, had two advantages. First, their leaders had served in earlier Labor governments that had failed – notably Curtin and Chifley, then Hawke and Keating. The second advantage was perpetual division on the conservative side of politics.

Albanese has both factors working in his favour, as an eyewitness to the lost opportunity of the Rudd-Gillard years, and as the beneficiary of the Liberal implosion in the cities. If he is true to promise for a return to good government, he will need to include many more voices in our national conversation than the 77 Labor members of the House of Representatives.

06/03/2022 lifestyle Comments Off on The new secret to power: Albanese can only keep it if he’s willing to share it
Recent Posts