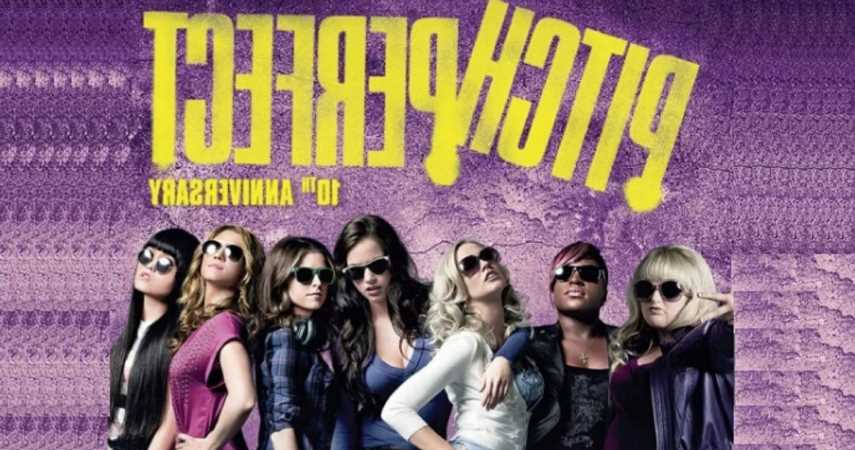 The last installment of the film franchise Pitch Perfect came out in 2017, and it was a commercial success. The film achieved so much success at the time thanks to the successful campaign ads for the film. The film earned $115.4 million worldwide after only spending $17 million to produce. This includes $65 million in North America and $50.3 million in other regions. It is among the highest grossing films starring Rebel Wilson.

The musical comedy made a ton of money at the theatres and is now one of the highest-grossing film in the genre. The movie features an ensemble cast based on Mickey Rapkin’s nonfiction book Pitch Perfect: The Quest for Collegiate A Cappella Glory.

While his role as Jesse Swanson in the Pitch Perfect movie has brought him the most fame, Skylar has also appeared in films such as Hamlet 2, Taking Woodstock, 21 and Over, and Cavemen. While Skylar Astin may have begun his career on Broadway, he has since made a successful shift to the Hollywood industry.

Glee, Ground Floor, Halt! and Catch Fire are just a few of the shows he’s guest starred on. In the last season of Crazy Ex-Girlfriend, he stepped into the shoes of Santino Fontana and played the character of Greg Serrano. He played Max in Zoey’s Extraordinary Playlist, a musical drama.

American actor and comedian John Michael Higgins have appeared in Christopher Guest’s mockumentaries, on HBO’s The Late Shift as David Letterman who amassed $450 million fortune, and as the lead in the American adaptation of Kath & Kim. He voiced Iknik Blackstone Varrick in Avatar: The Last Airbender and Mini-Max in Big Hero 6: The Series.

Ben Platt got his start in the industry when he was a child, performing in musicals like The Sound of Music and The Book of Mormon before becoming a household name as the lead in the Broadway adaptation of the coming-of-age story Dear Evan Hansen. He won several awards for his role in the latter, including a Tony, an Emmy, and a Grammy.

At the tender age of 23, Platt won the Tony Award for Best Actor in a Leading Role in a Musical, which makes him the youngest actor to do so. Platt appeared as the magic-obsessed Benji Applebaum in the 2012 musical comedy Pitch Perfect.

Adam DeVine began his career in the media industry in 2006, when he made guest appearances in several TV movies, series, and short films. Before he landed the role of Bumper in the cult hit Pitch Perfect, he appeared in several episodes of short TV series, including Crossbows and Mustaches and 5th Year. He has since become a household name because of his appearances on Arrested Development and Modern Family and his voice work on Penn Zero: Part-Time Hero and Uncle Grandpa.

From the beginning of her career, Anna Kendrick has been inundated with award nominations. She began training as an actress and singer at a young age, and in 1998 she landed a Tony Award nomination for her performance in High Society on Broadway. After assuming the role of Jessica Stanley in the Twilight film series, she gained widespread acclaim and Kendrick starred in several blockbuster films.

Kendrick’s subsequent success came from her top part as Beca Mitchell in the Pitch Perfect film series and her supporting performance in the comedy-drama Up in the Air (2009), for which she received an Academy Award nomination for Best Supporting Actress.

Back in her native Australia, Rebel Wilson honed her skills as an actress, singer, and author. Soon after, the young triple threat relocated to the United States and landed the role of Brynn in the comedy picture Bridesmaids. She also starred inBachelorette, Small Apartments, and Pitch Perfect as Fat Amy.

Wilson’s acting resume is extensive, including roles in films like Night at the Museum: Secret of the Tomb and How to Be Single and TV shows like Summer Fun Night and Pompidou. Wilson was nominated for a Screen Actors Guild Award for her role as Fraulein Rahm in the 2019 drama film Jojo Rabbit. It was 2022 when she made her acting and producing debut in the Netflix comedy film Senior Year.

Ester Dean has always been a diligent worker as a singer, songwriter, record producer, and actress. These jobs have paid off well, after all. She has collaborated on songs with many artists, including high earning Diva Christina Aguilera, Katy Perry, Beyonce, Mary J. Blige, and Nicki Minaj. Her voice can be heard in Rio and Ice Age: Continental Drift.

She debuted in the role of Cynthia-Rose Adams in Pitch Perfect. She has won the MTV Movie Award for Best Musical Moment and been nominated for a Grammy a record five times throughout her career.

She made her directorial debut with the sequel, Pitch Perfect 2, in which she starred and co-produced. She also portrayed Gail Abernathy-McKadden, a commentator for the ICCAs, a recurring character in all three Pitch Perfect films.

READ NEXT: This Is How Rebel Wilson Started And Grew Her $22 Million Empire

09/19/2022 lifestyle Comments Off on The Net Worth Of The Cast Of Pitch Perfect, Ranked
Recent Posts