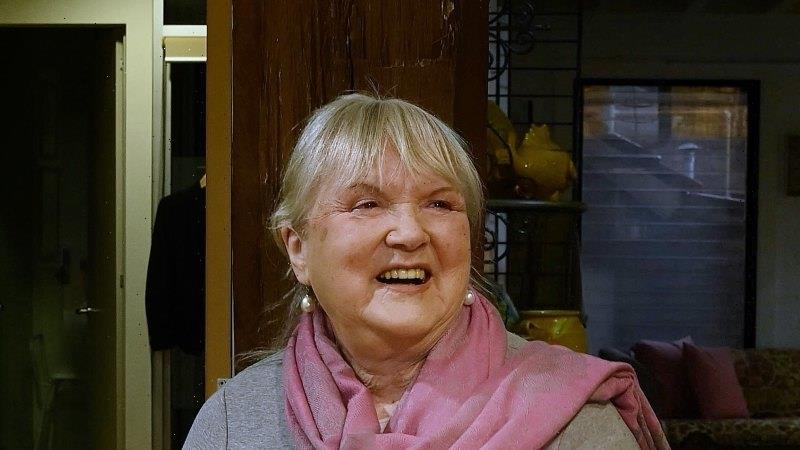 Kay Lanceley is under no illusion. Her role as key adviser on a retrospective exhibition of work by Colin Lanceley, her late husband, comes with a burden of personal gravity.

“It’s my last hurrah – the last thing I can do for Colin,” Kay says. 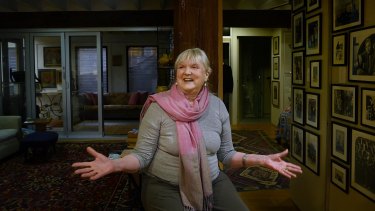 Kay Lanceley has advised the National Art School ahead of an exhibition of work by her late husband, Colin Lanceley.Credit:Kate Geraghty

At 84, she can certainly lay claim to unique qualifications for the job. She was with the artist “every day for 50 years”.

The National Art School in Darlinghurst will honour its alumnus and former teacher with Colin Lanceley: Earthly Delights which will run from June 24 until August 12 at the beautiful NAS Gallery.

Independent curator Sioux Garside has assembled the show. But Kay Lanceley was invited to provide what no one else could – the memories. These will be printed on cards to accompany many of the works.

Kay Morphett was a working, single mother of two when she met Colin Lanceley in Sydney in the mid-1960s. Lanceley had won the 1964 Helena Rubinstein Travelling Art Scholarship. Almost as soon as they met, he asked Kay to go with him to London.

“We hadn’t had sex or anything, he just said ‘I want you to come with me’,” Kay says.

What followed was “really a great love story”.

“Amazing things happened for him when we were overseas and his work was being shown in Rome and Paris and New York and London,” Kay says.

“That was an extraordinary time of creativity and growing up.”

Feeling “isolated and lonely” when they returned to Sydney in 1981, the Lanceleys bought a warehouse in Surry Hills, turned it into a studio and family home, and cocooned themselves in the objects they had collected overseas.

Carpets from Turkmenistan and Afghanistan, works by French artists Fernand Leger, Sonia Delaunay and Albert Gleizes, Maori axe heads and Indian stone reliefs – these were a tiny part of their collection.

Kay was the family mainstay, arriving home from her job in the ABC’s publicity department to find Wagner booming out of Lanceley’s studio while the four children ran riot elsewhere in the house.

When Lanceley died in 2015 following an illness, Kay auctioned almost 400 objects and artworks in order to downsize.

Today she lives in a smaller home, but many of the objects she and Lanceley collected came with her. Photographs show the young couple in Europe, or in Sydney with Paul Keating, when the then-prime minister awarded Lanceley an Australian Artists’ Creative Fellowship. Lanceley never had to teach again.

Behind Kay’s sofa hangs A Midsummer Night’s Dream, 1985, a powerful painting which has been selected for the retrospective. It was acquired by writer Peter Carey when he won the Booker Prize, but Kay later bought it back.

Lanceley’s wooden painting table, still daubed with colours, is now in the kitchen with a fruit bowl on top. His studio stool is there too.

“I actually kept pieces of furniture from the studio because I loved them, and it made me feel like he was present all the time,” Kay says.

Colin Lanceley: Earthly Delights will be “a timely reminder for those familiar with the artist’s brilliance, and a comprehensive introduction for those who are not”, NAS director Steven Alderton says.

For Kay, the exhibition is a moment to celebrate a long life together. But she doesn’t sugarcoat the reality of the couple’s “unwritten contract” that the studio would always come first.

“I loved him so much. But there were times when I wanted to kill him, because he was so incredibly difficult,” she says, laughing. 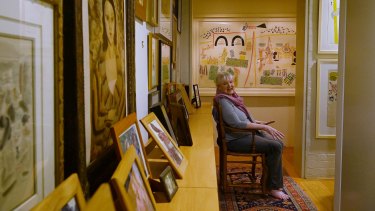 Kay Lanceley, at her home in Redfern, contributed valuable memories to the show.Credit:Kate Geraghty

Exhibits in the exhibition will include Lanceley’s collages, sculptures and assemblages, and the vibrant paintings on which he often fixed carved wooden objects.

“In the end, he was taking a huge amount of pleasure from crafting. Not just sticking on things that were already made. He was actually shaping them and making them into other objects,” Kay says.

Kay wants to highlight Lanceley’s intellectual approach to his art, and how keenly he absorbed the work of artists such as Picasso and Braque during those formative years in Europe.

His love of colour will be obvious in Earthly Delights.

“Colin was a colourist above everything else,” Kay says.

“He said, ‘When I’m working and the colours start jumping off the canvas, that’s the best feeling I could ever have.’”

06/19/2022 lifestyle Comments Off on The last hurrah of Colin Lanceley, peer of Arthur Boyd and Sidney Nolan
Recent Posts