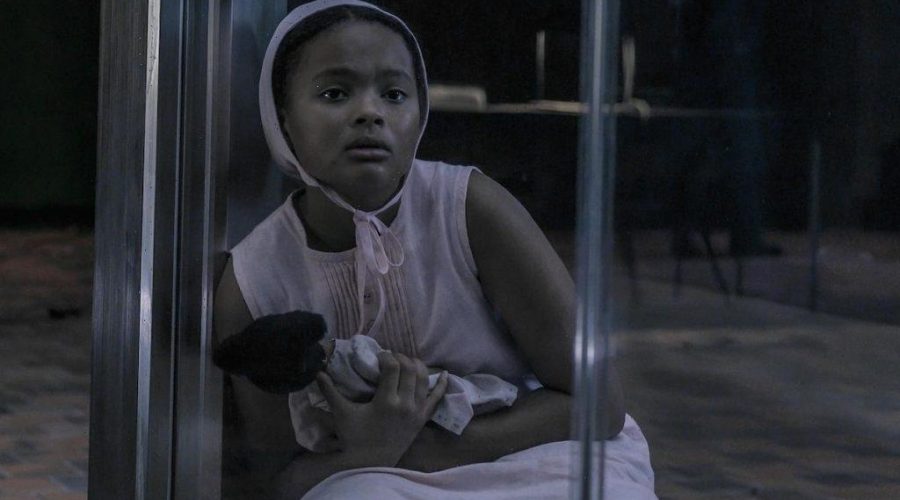 Hannah is still in Gilead in The Handmaid’s Tale Season 4. With June safely in Canada with Luke, getting their daughter out of Gilead is their next priority. But Margaret Atwood’s sequel to The Handmaid’s Tale, The Testaments, has a clear stance on whether Hannah gets out of Gilead or not. And fans of the Hulu series are hoping the show will choose not to follow Atwood’s novel in this regard.

What happened to Offred’s daughter?

In the 1985 Handmaid’s Tale novel, June is only referred to as Offred. That was one big thing the Hulu series changed in The Handmaid’s Tale pilot. The original book ends with Offred thinking she’s pregnant with Nick’s baby and climbing into a van. She has no idea where the car is taking her. And when she gets in the van, her daughter is still in Gilead. Atwood has allowed the series to deviate from her original plot, but not too far.

The Handmaid’s Tale series covered that in season 1. Everything since then has been a creative collaboration between showrunner Bruce Miller, the writers, and Atwood. The author was the one who named June and Nick’s daughter Nichole. Miller told Time waiting for Atwood to reveal the baby’s name was like waiting to hear who the new pope will be.

“I was waiting for white smoke,” he said.

Is Hannah in ‘The Testaments’?

Nichole’s name was important because of the character’s connection to The Testaments. Atwood’s 2019 sequel is set years after the events of The Handmaid’s Tale. And the narrators, through context clues, are revealed to be Hannah, Nichole, and Aunt Lydia.

The girls are known as Agnes and Daisy, however. And they spend the novel learning the truth about their parentage and lives before Gilead took over the United States. In The Testaments, Hannah grows up in Gilead and Nichole grows up in Canada, similar to The Handmaid’s Tale.

Fans of the show who haven’t read Atwood’s sequel might be surprised to learn Hannah becomes an Aunt in The Testaments. She does this to avoid becoming a Wife.

With Hannah still stuck in Gilead, it seems the show could slowly be starting to build up the groundwork for The Testaments spinoff series. Miller said June’s story might not end with The Handmaid’s Tale. Rather, it could expand in The Testaments.

Will ‘The Handmaid’s Tale’ Season 4 connect to ‘The Testaments’?

June doesn’t have the largest role in The Testaments. Making Elisabeth Moss a main character in the series would mark a change from Atwood’s novel. Of course, June’s daughters being the potential stars leaves room for her to be involved.

In response to a new trailer for the remainder of season 4, viewers expressed their hope that The Handmaid’s Tale will buck Hannah’s Testaments plot and save her from Gilead instead. The trailer centered around Hannah, with lines from June, Luke, and Nick implying they’ll spend the rest of the season trying to get her out. The trailer also has other fans theorizing Nick could die saving her.

June refusing to leave Gilead without Hannah has been a recurring theme throughout the show. While the original book details Offred’s desire to save her daughter, the book ends before she can. The series choosing to change this one part of The Testaments in order to give June, Luke, and Hannah a more satisfying ending could be a good payoff.

Season 4 has already shown the difficulty the children from June’s “Angels Flight” mission in season 3 are having acclimating to Canada. In season 4 episode 3, June saw her Hannah again at a Gilead prison. But Hannah no longer recognized her mother, and the experience terrified the child. Getting Hannah out of Gilead, but focusing future episodes around her struggle to reconcile with her new life, could be a captivating way to end the season.