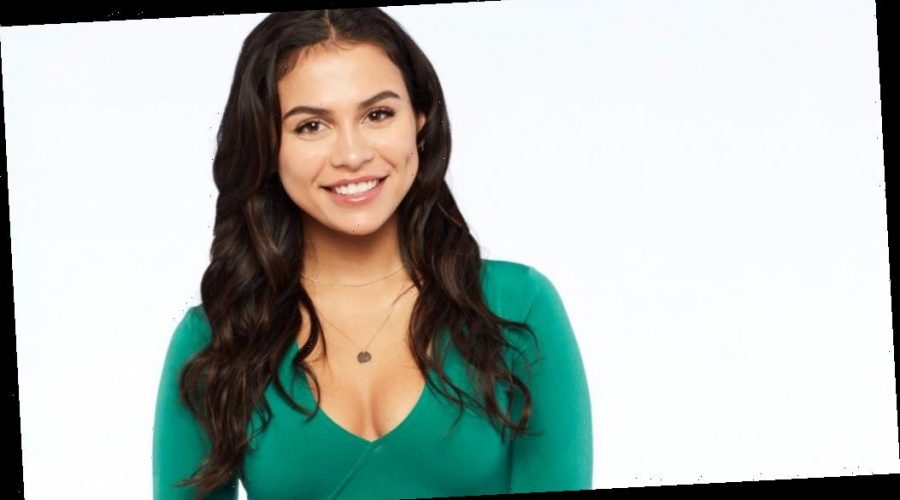 Matt James‘ season of  The Bachelor has gotten off to a rocky start. Over the course of the last few weeks, some of the women competing for his heart have shown audiences that they aren’t afraid to get their claws out in the house. When five new women arrived last week, one of them, Brittany Galvin, was accused of being an escort. Now, she is setting the record straight on the rumors.

Who arrived on ‘The Bachelor’ last week?

Five new women, Brittany Galvin, Catalina Morales, Kim Li, Michelle Young, and Ryan Claytor pulled up in the Bachelor limo to less than warm receptions. The women immediately had a problem with Brittany after she kissed Matt upon meeting him. Even though the other four women stepping out of the limo were not as forward, they still didn’t earn a warm reception from the other contestants.

When Catalina stepped into the house wearing her Miss Universe Puerto Rico crown, Victoria Larson stole it right off her head. Michelle ended up scoring a one-on-one date, which made her an enemy in the house, and Kim went home on night one so she didn’t get that much screen time. Brittany, on the other hand, became the focus of the episode.

Brittany accused of being an escort

Anna Redman recognized Brittany when she walked into the house and told Victoria something was off about the newcomer.

“She’s, like, sketchy,” Anna said. “She’s not here for Matt. I don’t see her ever ending up with Matt. All I’ve ever been told about her is that she f*cking sucks, but also, I don’t know her.”

Later, Brittany interrupted Anna’s conversation with Matt so naturally, Anna made it her sole mission to get rid of her.

“I’m ticked off,” Anna said. “All I’m thinking about is her standing there and interrupting, or interrupting again in 30 seconds. It’s just disrespectful. I almost want to be like, yo girl…I know some dirt on you. Don’t mess with me.”

She later revealed to the cameras that she had heard Brittany was an escort.

“There’s a rumor that because she knows all the rich men in Chicago that Brittany is an escort,” she said. “She may be having a transactional relationship with wealthy men. I could see her playing Matt if that’s what she’s used to doing with men to get what she wants.”

When Anna brought up the rumors on a group date, Brittany vehemently denied them.

“No, I’m not an escort,” Brittany told the women. “It’s so ridiculous to even say that or have that come out of my mouth. I’ve had a boyfriend since I was 16. Making a conclusion about me before you even know me…that’s s*itty. I feel like everyone’s against me right now.”

Is Brittany Galvin an escort?

Since the episode aired, Brittany has addressed the situation on her Instagram.

“It’s 2021, you know how prominent sex workers are in this world? Or how many people have OnlyFans? Why are we still judging others,” she wrote, according to screenshots captured by Cosmopolitan. “Jealousy and hate really come out when others are doing better in life, but why? Focus on yourself, and if you’re not happy with where you’re on then work on yourself.”

She doubled down on the fact that she is not an escort.

“Again, to make it clear I am not an escort,” she wrote. But she made sure to clarify her feelings on sex work.

“And for the people who are, don’t let others tear you down,” she wrote. “Keep sharing your stories with me because they are all so powerful. I’m here to support you like how you have to me!”