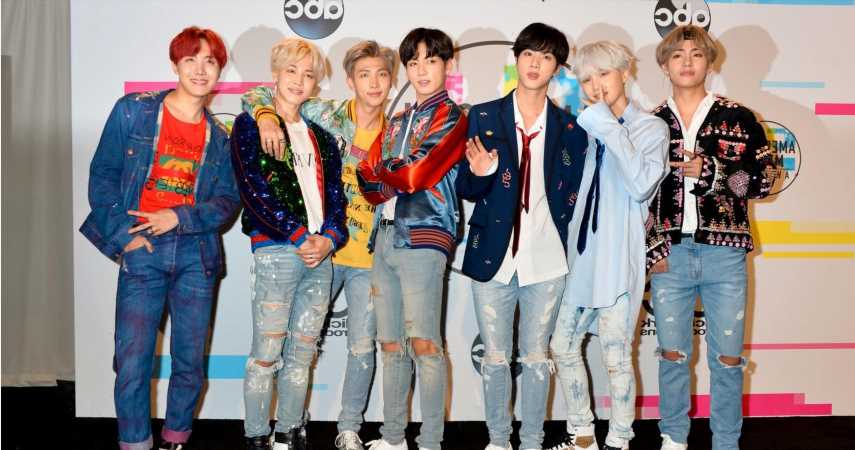 The Bangtan Boys, Bulletproof Boy Scouts or better known as BTS, is one of the biggest K-pop bands in the world. With its infamous BTS Army standing as its fierce protector and follower, the band has gained astronomical success since its formation in 2013. The group consists of seven band members: Jimin, V, J-Hope, Suga, RM, Jungkook, and Jin. With their charming personality and extraordinary dance moves, they offer performances of a lifetime. BTS is run by the label Big Hit Entertainment, which has valued the band at $4 billion, more than the net worth of conglomerates such as Samsung and KIA. Their value has helped South Korea increase its GDP, and their concerts and albums make more money than the annual outputs of Maldives and Fiji.

Their influence on pop culture has changed the way people view Korean music. BTS has become more than just a music band, from concerts, streams, and merchandise to taking the company public and endorsing luxury brands. Let’s take a look at how BTS became a $4 billion band.

The Successful Singles And Digital Streams

There isn’t a band with a more loyal fanbase than the BTS Army, which has been one of the reasons why the band’s popularity has only skyrocketed. Nine studio albums, six extended plays, and six compilation albums, BTS has never stopped making its fans happy. In 2020, with the release of four mini-albums, the band increased its revenue by 54% to $288.5 million compared to 2019. For their digital streams, BTS has 31.4 million listeners every month on Spotify and received $23 million in royalties between 2019 and 2020.

June 14, 2020, was a big day for BTS as the band had completed seven successful years of making music. Despite the pandemic, the band didn’t want to disappoint the fans and decided to have a virtual concert. It came as a symbol of hope and levity to people struggling everywhere, and the show marked over 756,000 viewers from 107 countries to become the most-watched virtual tour ever, as stated by Band Wagon Asia. The tickets had charges from $26-$35, and the band earned $20 million from a single show.

Before the Covid-19 pandemic shook the world, BTS had the world dancing to its new beats and successful singles. In 2018, BTS took off on their worldwide tour for the Love Yourself series that featured their studio album and the compilation album. The tour began in May 2018 and concluded in October 2019.

Their 62 concerts and 14-country tour ended up being one of the most successful tours of the year, selling a whopping 976,283 tickets and grossing $116 million. Not only did the band perform at concerts, but they also released concert films in 2018 and 2019. Their 2018 film titled Burn The Stage earned $20 million, and Love Yourself in Seoul that released in 2019, grossed $10 million.

BTS has seen a hysterical fan mania that was only ever seen for The Beatles. Along with the successful albums and concerts, BTS ensures that fans can keep a memento of their favorite band at home. BTS has heavily advertised its merchandise and generated millions of dollars in sales.

Their popularity has boosted Korean products globally, and even eBay saw an increase in merchandise sales. eBay Korea saw a 50% shoot in sales in 2019 and 2020. The Hollywood Reporter mentions that the website sells over 40,000 BTS merchandise, including apparel, books, jewelry, cosmetics, dolls, and more band memorabilia. The band has earned an astonishing $130 million by their merchandise alone, an important factor in increasing their net value.

Big Hit Entertainment decided to cash in on the ever-growing popularity of the K-Pop band and went public in October 2021 for $236 per share. The number was twice the initial offering, and the company was valued at $8.38 billion. The founder and chairperson of Big Hit Entertainment, Bang Si-hyuk, instantly became a billionaire. According to Fortune, the seven band members had received equal shares and earned $20 million each. It was the largest listing in South Korea in three years due to the increased hype. BTS was then valued at $4 billion, which is 90% of the company’s sales.

The influence of BTS has gone beyond music which has amassed the band dozens of brand endorsements since their career took off. The band is the brand ambassador for Seoul Tourism to promote their country, and FILA collaborated with BTS since the members’ energy matched the shoe brand’s vision. Other notable endorsements include Starbucks, Hyundai, Baskin and Robbins, and Samsung, which launched a BTS edition phone with preinstalled BTS theme.

Their most successful endorsement occurred in May 2021 when McDonald’s rolled out the BTS Meal that cost $6.79. The merchandise and meals increased McDonald’s revenue by 57% in the second quarter, as noted by Yahoo News. The band earned millions from sales, and McDonald’s gained a whopping $2.2 billion revenue during the quarter.

What truly makes BTS stand out from the other bands is the generous acts of philanthropy. From donating $1 million to the Black Lives Matter fund to funding schools in Eastern Africa, the band always reached out to help. Their message of self-love and overcoming anxiety has resonated with the fans. BTS is currently working on a new single, and the band has teased the arrival of an upcoming album soon.

READ NEXT: How The Frontman Of Coldplay, Chris Martin, Is Richer Than His Bandmates

11/21/2021 lifestyle Comments Off on The $4 Billion Empire: Here’s How BTS Nailed It
Recent Posts