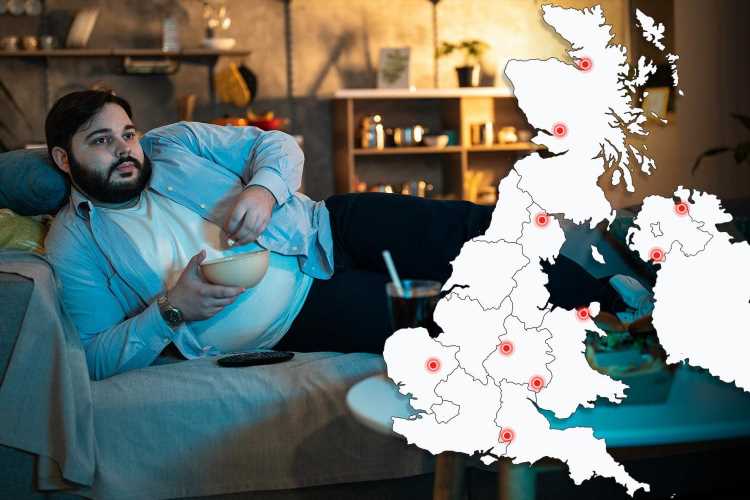 HEALTH and fitness has become a priority for many over the last 18 months as Brits opted for online workouts to pass the time during lockdowns.

Now that life is getting back to normal you might be thinking about hitting the gym – but you could find that difficult if you live in one of the unhealthiest cities in the UK. 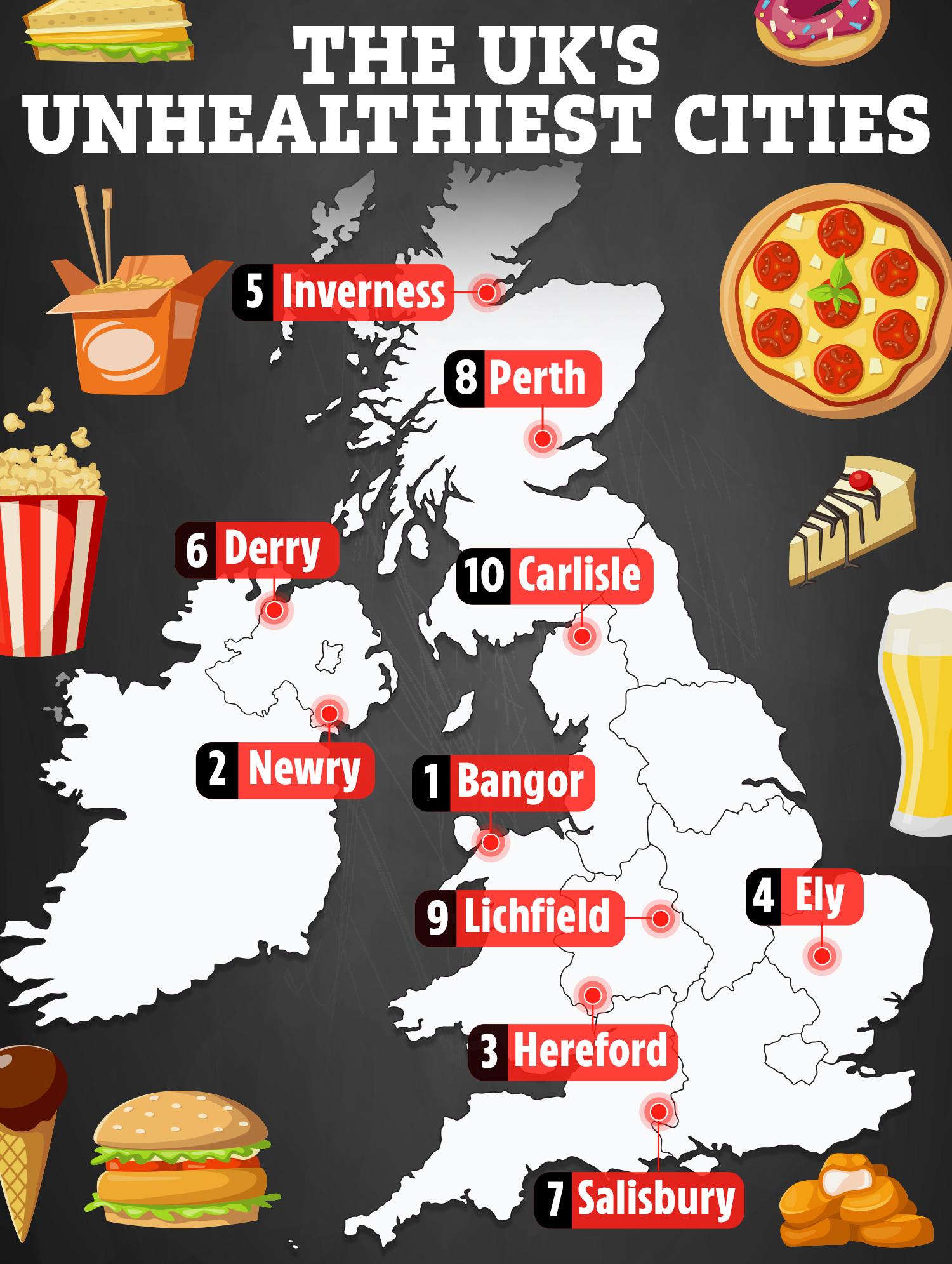 New data from Origym has revealed which areas come out on top when it comes to health and fitness.

The experts took each area and analysed how many gyms each place had, as well as the number of swimming pools, tennis clubs, athletics clubs and cycle clubs.

They also looked at the number of people searching for home workouts in each area and the number of restaurants given a 'healthy eating' rating on TripAdvisor.

The top score was measured out of 483, and the experts found that Bangor in Wales is the unfittest city in the country.

The experts said: "Across the city there are just 20 gyms, two swimming pools, one tennis court and only two healthy eating restaurants – which means that maintaining a healthy lifestyle can be restricted.

"Bangor is closely followed by Newry and Hereford in second and third place, with 40 and 71 points respectively."

Ely, Inverness and Derry are next, followed by Salisbury, Perth, Lichfield and Carlisle.

The top ten healthiest cities in the UK

While the experts found these were the most unhealthy cities, this might not paint a complete picture as measures such as how many weight loss clubs, such as Weight Watchers, an area has, were not included in the study.

Other measures such as walking and running routes were not including, meaning that many people's cardio sessions would not be accounted for.

The experts also looked at the fittest cities in the UK and it's no surprise that these were three of the biggest cities in the country – more space means more room for gyms and fitness studios.

Birmingham came out top with an impressive score of 457.

As the second largest city in the UK, the experts found that Birmingham boasts 182 gyms, 89 swimming pools, 79 tennis courts and 83 cycling clubs.

Manchester is next, while it has less gyms and swimming pools it has 59 healthy eating restaurants and the third highest number of athletics clubs.

During the coronavirus pandemic many of us got used to pushing the sofa to one side and delving into Joe Wick's expansive online catalogue of workouts.

While the gyms have reopened, some people might still feel a little bit uncomfortable working out at the gym and stepping back into society.

After all, we have been getting our sweat on from the comfort of our own homes for close to 18 months.

If you're dedicated to the at home workouts, then it's likely you live in Birmingham, Glasgow or the city of London, as people in these cities were most likely to search for online workouts.

While some of us opted to workout at home during the pandemic, others decided to get outside on their bikes.

When it comes to the most cycle-friendly area, the City of London, Birmingham and Westminster all came out on top for the areas with the most cycling clubs.

08/09/2021 lifestyle Comments Off on The 10 unhealthiest cities revealed – is yours on the unfit list?
Recent Posts