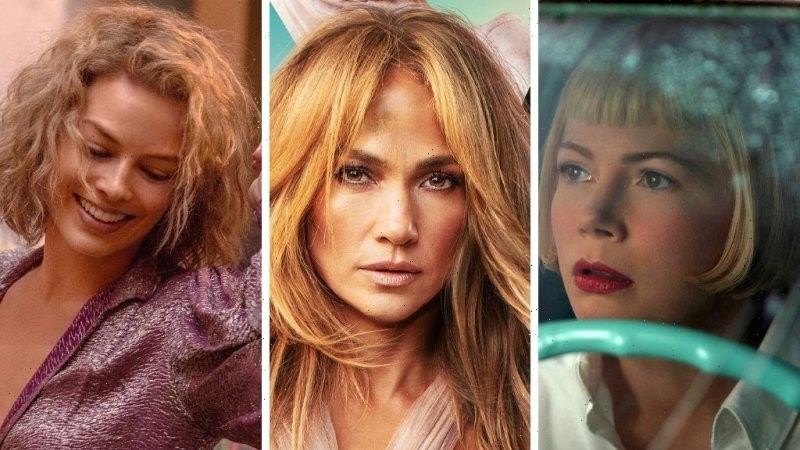 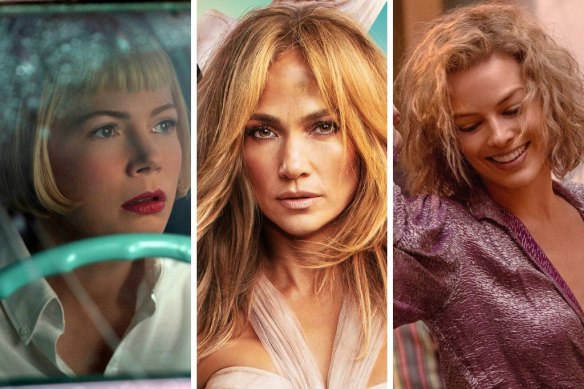 Janus was the two-faced Roman god of doors. I am not making this up. So let me now open a door on January’s movie releases, if you’ll forgive that horrible segue. Some big movies are upon us, and at least two are about movies. Steven Spielberg faces his childhood in The Fabelmans, while Damien Chazelle lights a fire under 1920s Hollywood in Babylon. Both of these are looking for Oscars.

The Aussie movie diaspora continues to make waves: note the recent labours below of James Wan, Frances O’Connor and, of course, Our Cate and Our Margot, both of whom will be hoping there’s a statue in their future too.

Find out the next TV, streaming series, and movies to add to your must-sees. Get The Watchlist delivered every Thursday.

Steven Spielberg’s troubled childhood has influenced all of his films, but he has never addressed it directly until now. He waited until his parents died to avoid causing them hurt. Frequent collaborator Tony Kushner co-wrote what they now describe as a “semi-autobiographical” film. American critiques have been glowing. It’s the story of a 16-year-old boy discovering how to use film to interpret his screwed-up family. Michelle Williams plays the mum, while Paul Dano is dad. The trailer is irresistible. Bring tissues. Opens January 5.

Marcel the Shell with Shoes On

Marcel is a talking shell, as in a snail. He evolved through three short films into this combined stop-motion and live-action animated feature, which looks terrific. He was created by comedian Jenny Slate and her then-husband Dean Fleischer-Camp, who’s also editor and director. Slate voices the thoughtful but unworldly Marcel, who lives with his frail grandmother Connie (also a shell). The rest of the family have disappeared. Marcel’s mission is to find them. Looks charming and sophisticated with beautiful animation. Opens January 5.

Former Sydney rugby league player Matt Nable has had a solid career in the US playing hard men since he wrote and starred in The Final Winter in 2007. Here he directs a strong Aussie cast in his first feature. It’s a crime story in which a former commando (Sam Worthington) teams up with his old army boss (Nable) to make some quick but dodgy dough. Naturally, things go the shape of a pear. Expect lots of gun play and some serious grimacing. Susie Porter and Phoebe Tonkin are encouraging inclusions. Opens January 5.

Australian actor Frances O’Connor debuts as writer-director with what looks like a lush fiction about the woman who wrote Wuthering Heights, the mysterious Emily Bronte. Emma Mackey plays Bronte, looking very modern and pouty, beset by family squabbles with her brother Branwell (Fionn Whitehead) and sister Charlotte (Alexandra Dowling), as she falls for a dashing young clergyman (Oliver Jackson-Cohen). It’s a made-up story, but reviews have praised O’Connor’s direction and Mackey’s performance. Definitely worth a look. Opens January 12.

Aussie horror-meister James Wan co-wrote and produces this story about a robot gone wrong. Gee, where have I heard that before? Let’s wait and see: the trailer suggests this might be good nasty fun. A scientist (Allison Williams) perfects an android that looks like a 12-year-old girl as a companion for her recently orphaned niece (Violet McGraw). The prime directive is to protect the girl, but M3gan takes that way too seriously. The robot looks a bit like a cross between Chucky from Child’s Play and Christina Ricci as Wednesday Addams. Looks creepy. Opens January 12.

Damien Chazelle (La La Land) returns to Hollywood as a setting, but this one takes place in the late 1920s, during the transition to sound. Singin’ in the Rain, it ain’t. Brad Pitt plays an ageing silent star, while Margot Robbie is a starlet on the rise. Lots of parties, scandals, sex and drugs and big band jazz. The energy and pace look unstoppable. Chazelle is never dull. Can’t wait to see it. Opens January 19.

What’s Love Got to Do with It?

Shekhar Kapur was big in the mid-90s when he directed the Indian feature Bandit Queen and Cate Blanchett in Elizabeth. After some years in TV, he returns to the big screen with a promising cross-cultural British comedy about arranged marriage. Documentary maker Zoe (Lily James) sets out to film her friend Kazim (Shazad Latif) as he enters an arranged marriage with a Pakistani bride. Emma Thompson plays Zoe’s mother and the wonderful Shabana Azmi plays Kazim’s mother. The script, by Jemima Goldsmith (the former Mrs Imran Khan), looks sharply funny. Opens January 26.

Cate Blanchett plays Lydia Tar, the first woman to become chief conductor of the Berlin Philharmonic. Except that she’s fictional, which the movie does its best to hide. Todd Field wrote the script for Blanchett and her performance has been widely hailed. She won the best actress award at Venice in September, so there is Oscar talk. The style is big, gusting huge – great swirling camera movements and a pounding classical score, with operatic gestures and high drama. Let’s hope it lives up to the advance word. At 158 minutes, it better. Opens January 26.

Now this is what we need to start the new year! Jennifer Lopez kicking butt when pirates decide to invade her tropical resort wedding to Josh Duhamel. They take off into the jungle in handcuffs, pursued by bandits. It looks like a modern screwball comedy with a weird cast: Jennifer Coolidge, Sonia Braga, Cheech Marin, Lenny Kravitz and Pancho Cardena as the “Pirate Leader”. Who wouldn’t want to see that? Releases on Amazon Prime Video on January 27.