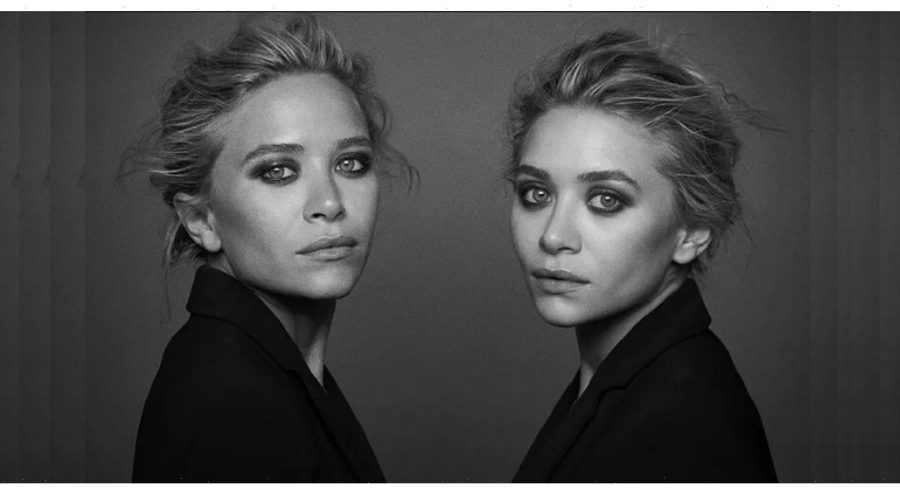 The Olsens are experts at maintaining a steady stream of income. Nothing is out of reach for the fashion industry’s most powerful twins, Mary-Kate and Ashley, who have already established several wildly successful brands. Mary-Kate and Ashley may have started a career in the entertainment industry as child stars but they decided to be out of the spotlight and built an empire. The twins built sizable wealth from their youth and still flourishing to this day. Despite them being financial stable and responsible even at a very young age, they also like to splurge from time to time. Take a look at the Olsens’ most lavish purchases.

Olsen wore a massive black tulle dress by designer Marc Jacobs from his fall/winter 2019 collection to actress Jennifer Lawrence’s wedding, which initially cost more than $4,000 but is now retailed at $10,000. Although the dark tone of the dress helps to ground the voluminous, balloon-sleeved cape and sequins, they nonetheless manage to draw the eye. Paparazzi only had a fleeting glimpse of Olsen in the design, but the public adored how the star paired the dress with relaxed beach waves and a large clip for a look that is equal parts party and princess.

Ashley is one of several famous people in Hollywood who choose to get around town in a Toyota Prius, a hybrid vehicle that can run on gasoline or electricity.  These celebrities love eco-friendly products and some of them even started an eco-friendly business. A Prius can cost anywhere from roughly $24,700 for the base L Eco model to more than $33,000 for the top-tier Prius Limited, with the MSRP reflecting the manufacturer’s suggested retail price. The LE and XLE prices increase by $1,400 and $1,000 with all-wheel drive, respectively. Compared to other hybrids and electric cars, its high fuel economy and spacious interior make it stand out. In addition, the vehicle has a stylish and roomy interior.

The twins have been working on their premium clothes website since 2021, when they gathered a selection of highly sought-after vintage items. The public always complimented them on their effortless chic, which consists of classic pieces of clothes that have been given a modern twist. The Row’s shoppable library includes a 1970s Chanel Haute Couture matching set, a Comme des Garçons pin-fastened skirt, a Pierre Cardin cloak, and many other designer pieces that would be appropriate for an Olsen. The priceless assemblage provides a glimpse into the sisters’ minds and wardrobes.

On one occasion, the other half of the famous twins were sighted leaving the East Village in her GMC Yukon. The base price of a 2010 GMC Yukon is a little around $40,000, but a fully-loaded Yukon SLT may cost upwards of $60,000. The Yukon Denali, the top-of-the-line model, has a base price of closer to $54,000 and may easily approach $65,000 with all the bells and whistles. As a used large SUV, the 2010 GMC Yukon is highly regarded due to its spacious cabin that can accommodate up to nine passengers across three rows and its high towing capacity. In addition, the Yukon is one of the best large SUVs of 2010 because of its respectable handling and fuel economy.

The Olsen twins were once the highest-paid actors in the industry, but they’ve since stepped away from the spotlight to concentrate on their fashion lines. As designers, they have found unprecedented success, earning millions and receiving numerous accolades. On several occasions, Mary Kate was seen with a Rolex President Day-Date in gold, and Ashley with a Rolex President in rose gold.

The twins were spotted in 2012 operating a black Porsche Cayenne, which has a starting MSRP of just over $49,000 (including destination) and an extreme top end of over $140,000 (for a fully loaded Cayenne Turbo). The starting price is comparable to that of the BMW X5, Audi Q7, and Mercedes-Benz M-Class. Standard on all bars, the base Cayenne model is all-wheel drive and has an eight-speed automatic transmission. The Porsche Cayenne is available with a choice of four distinct powertrains. Initially seen on the Carrera GT, the high-rising center console has now made its way into the Panamera, Cayenne, and 911 Carrera. The Cayenne’s interior has the feel of a cockpit due to the design of the high center console.

After a nasty divorce from American investment banker Olivier Sarkozy, Mary-Kate is spending the summer in a $325,000 Hamptons pad. The 33-year-old failed in her attempt to get a quick divorce so that she could keep their Gramercy apartment, address on East 49th Street, and house in the Hamptons. In May, the lease on the couple’s Gramercy apartment expired. As such, Olsen has decided to relocate to the mansion in the Hamptons, which is worth millions of dollars and has its private dock.

Ashley paid $6.75 million in 2016 for a condominium in New York City’s Greenwich Village. This floor-through apartment is located at 37 E. 12th St., in a structure that Edward Minskoff renovated from a warehouse in 1896 into a high-end residential complex. The building’s website highlights meticulous attention to detail, even down to a scrollable list of the materials used for the apartment fittings. You’ll find only the finest fixtures and appliances in Ashley’s kitchen, including Miele, Wolf, Sub-Zero refrigerators, and Calacatta marble countertops. The twins share a love of solitude despite their divergent preferences in housing. Mary-Kate and Ashley’s homes each have private elevators, so the famous sisters can avoid being photographed as they come and go from their homes. They’ve shown a level of discretion they allegedly lacked when they were renters on West 13th Street and angered the locals.

A post shared by Mary-Kate and Ashley Olsen (@marykateandashleyx)

Both twins went to NYU back in the middle of the aughts. They decided to buy a penthouse in the West Village as their student housing rather than slum it in the dorms which costs them $7.3 million to purchase. The famous twins who built their empire decided to renovate the house, they never even moved in, even though the Observer claims they did. Instead, they decided to spend $12,000 per month to rent two floors of a brownstone in the same area. It took years, but eventually, they sold the West Village penthouse to real estate entrepreneur Bruce Eichner for significantly less than they had hoped. If you’ve always wanted to buy the house the Olsen twins used to live in for millions of dollars, now is your chance.

Mary Kate and her former husband, Olivier Sarkozy, called it quits and are now listing their home, which they bought for $8 million but now costs more than $13 million. The listing states that the residence can be purchased for a total of $15.99 million, together with the adjacent property, which formerly belonged to Sarkozy before he sold it in 2014. It is possible to unite the two townhouses, apparently constructed simultaneously, into a single opulent mansion because they share one of the most extensive private gardens in all of Manhattan. The residence has eight bathrooms, including five full bathrooms, two half bathrooms, and six bedrooms. It is part of the community of 20 townhouses known as Turtle Bay Gardens, which features a large garden with trees, a pond, and benches right in the city’s heart.

READ NEXT: How Elizabeth Olsen’s Became An A-Lister In Hollywood