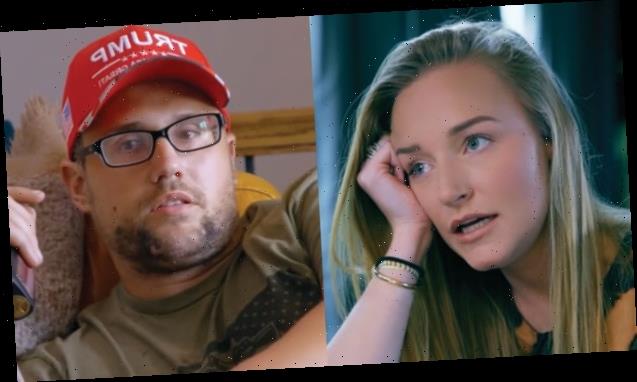 Ryan Edwards disses Maci Bookout in this EXCLUSIVE sneak-peek of the Feb. 2 episode of ‘Teen Mom 2’ and says that he’s tired of his ex’s alleged ‘lies’ and ‘problems.’

Ryan Edwards goes so far as to say that he feels “sorry” that his 11-year-old son Bentley has to “grow up” with Maci Bookout in the upcoming episode of Teen Mom OG, airing tonight on Feb. 2. In an EXCLUSIVE clip obtained by HollywoodLife, Ryan makes the scathing diss — all while wearing a Donald Trump hat —  while discussing his son’s wish to attend therapy together. Ryan is suspicious of ulterior motives from Maci. 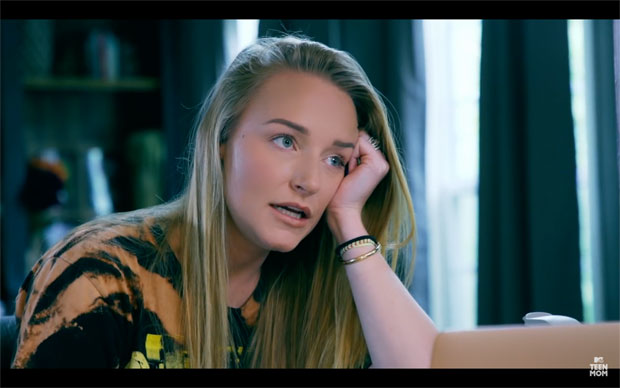 Before Ryan takes a jab at his ex in the preview above, though, the clip first opens on Maci making a video call to her co-star Tyler Baltierra, the longtime husband of fellow “Teen Mom” Catelynn Lowell. “Since Bentley wants to go to therapy to repair his relationship with his dad, I decided to reach out to Cate’s husband Tyler for advice because he struggled with his dad Butch for his whole life,” Maci explains to MTV viewers.

Tyler gushes that Bentley “deserves the biggest trophy to be this self-aware” and that he’s “really proud” of Maci’s son, but Bentley’s dad doesn’t sound quite as enthused when the teaser clip cuts to a scene at the home that Maci’s ex shares with his wife Mackenzie Edwards and their two kids Jagger, 2, and Stella, 1. 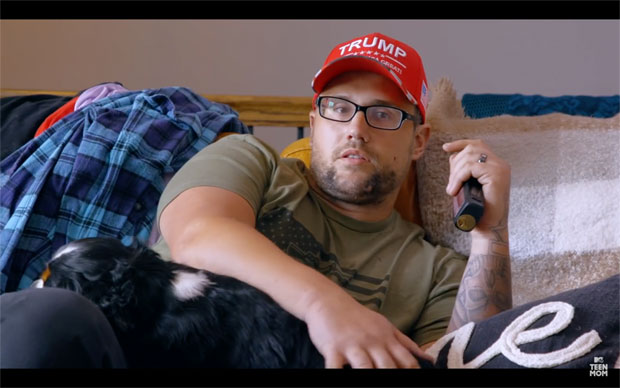 “Maci had come to mom and said that Bentley wanted us to do counseling. If he says that that’s how he feels, then you know that’s fine, but is it all your momma’s bullsh-t?,” Ryan told Mackenzie. His wife sounded just as skeptical of the upcoming therapy session, and said that her “mind’s been blown beyond measure” (seemingly referring to past drama with Maci).

“Im tired of having made up stories and lies and problems, I’m over that. I’m not going to do it,” Ryan vented, before going on to shade his ex even more — you can watch this in the rest of the teaser above. Regardless, the counseling session is already set!

Maci Bookout with her and Ryan’s son, Bentley. (Courtesy of Instagram/@macideshanebookout)

In the Jan. 26 episode of Teen Mom OG, Maci revealed that Bentley had already wanted Ryan to seek therapy for his addiction issues, which is why their son was refusing to see his dad. Ryan and his parents, however, were suspicious that Maci was supposedly just manipulating Bentley.

Ryan’s negative opinion of Maci, whom he split from in 2010, is no secret. Maci even blamed this on having “zero communication” with each other while EXCLUSIVELY speaking to HollywoodLife in March of 2020. “So I think it’s hard for him to get a real look,” Maci explained, adding that they “don’t speak to each other” since Ryan couldn’t “speak” to her. At the time, Maci’s two-year restraining order against Ryan was still in effect, after obtaining it in May of 2018.  We had spoken to Maci a little over a year after Ryan was arrested for “theft of services under $1,000” and for violating his probation in his possession of heroin case in Jan. 2019.