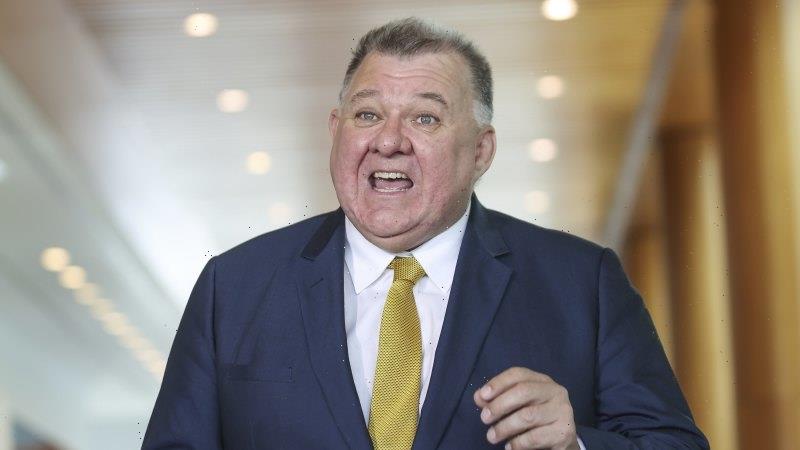 Liberal turncoat Craig Kelly will face a grassroots challenge from ‘We are Hughes’ candidate Linda Seymour, ratcheting up the already difficult task he faces to stay in Parliament.

Ms Seymour was named as the grassroots candidate for Hughes on Sunday and is the latest in a series of ‘Voices of’ or ‘We are’ candidates targeting Liberals across the country. 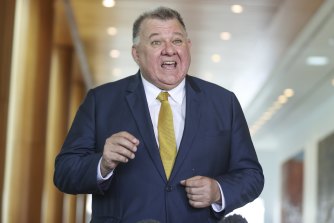 The Member for Hughes during a doorstop interview in Parliament.Credit:Alex Ellinghausen

The unifying issues for these candidates are typically climate, integrity in government and community issues such as communications.

And like other similar candidates in seats such as Hume, North Sydney and Kooyong, they typically draw their inspiration from Cathy McGowan and then her successor Helen Haines in the Victorian rural seat of Indi, Rebekha Sharkie in South Australia’s Mayo and Zali Steggall in the Sydney seat of Warringah.

Ahead of the announcement, Ms Seymour said fighting for greater action to mitigate climate change was one of the key motivators for founding the group.

Mr Kelly’s views on vaccination, and the lack of an integrity commission at a federal election were key drivers too. 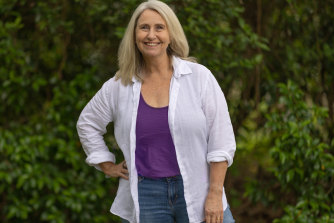 Linda Seymour will run for the federal seat of Hughes as an independent.Credit:

“We had this member of parliament going into schools and telling kids that climate change isn’t real. And of course he has become more and more outrageous and the local branch was overridden [in bitter pre-selection battles] to keep him there,” she said.

When Mr Kelly quit the Liberal Party in February, there was already growing disquiet within government about his outspoken and inaccurate statements about COVID-19 vaccines and a range of other issues.

One of his colleagues went so far to label him “Pete Evans in the party room”, a reference to the celebrity chef who has questioned the efficacy of mask wearing and vaccines.

After Mr Kelly moved to the crossbench in August he was appointed leader of Clive Palmer’s United Australia Party.

Ms Seymour and other members of We Are Hughes group have been working on a challenge to Mr Kelly for close to a year and were already planning a challenge before he quit.

NSW Liberals’ state MP Melanie Gibbons has recently announced plans to quit the state parliament and stand as a Liberal candidate in Hughes, meaning the incumbent faces twin threats to his hold on the seat.

She is said to enjoy the support of Prime Minister Scott Morrison. Between Ms Seymour, Ms Gibbons and another independent in Georgia Steele, the current Member for Hughes faces a tough fight to stay in parliament – even with the backing of Mr Palmer.