Still into you! Eight years into their marriage, Adam Brody and Leighton Meester couldn’t be happier together, a source exclusively tells Us Weekly.

“They’re in a really great space,” the insider tells Us. “They’re just as in love with each other as when they met years ago. It’s hard to believe it’s almost been a decade.”

According to the source, the twosome, who are currently filming The River Wild together — a reboot of Kevin Bacon’s 1994 film — are “really excited about getting to work together” on a project. While the duo initially met in the early 2000s through their mutual executive producer Josh Schwartz, they reconnected on set for their film The Oranges in 2011. After a few years of friendship, the two began dating in 2014 and tied the knot less than a year later.

“He’s my best friend,” the “Heartstrings” songstress told The Hollywood Reporter about Brody, 42, in May 2019. “I wanna work with him on everything, and I think he’s the best in everything.”

While the Texas native has landed both lead and guest starring roles on television following her six-year stint as iconic Blair Waldorf on Gossip Girl, the insider tells Us that Meester, 36, is “hoping for a comeback” after taking some time out of the spotlight to focus on motherhood.

“They’re a private couple and love to raise their kids away from the public eye,” the source reveals to Us of Brody and the Single Parents star, who share daughter Arlo, 7, and a son, 2. “It’s definitely hard to be away from the kiddos when they have to film.”

The insider explains, however, that the couple are aware time away from the family is “something that comes along with the job” and are “really content” with their “great” family life at the moment. The two have no immediate plans to add any more children to the brood and are happy with “bringing normalcy” into their already bustling lives.

In September 2018, the How I Met Your Father actress opened up to PorterEdit about how her life has turned out exactly as she’d hoped it would be. 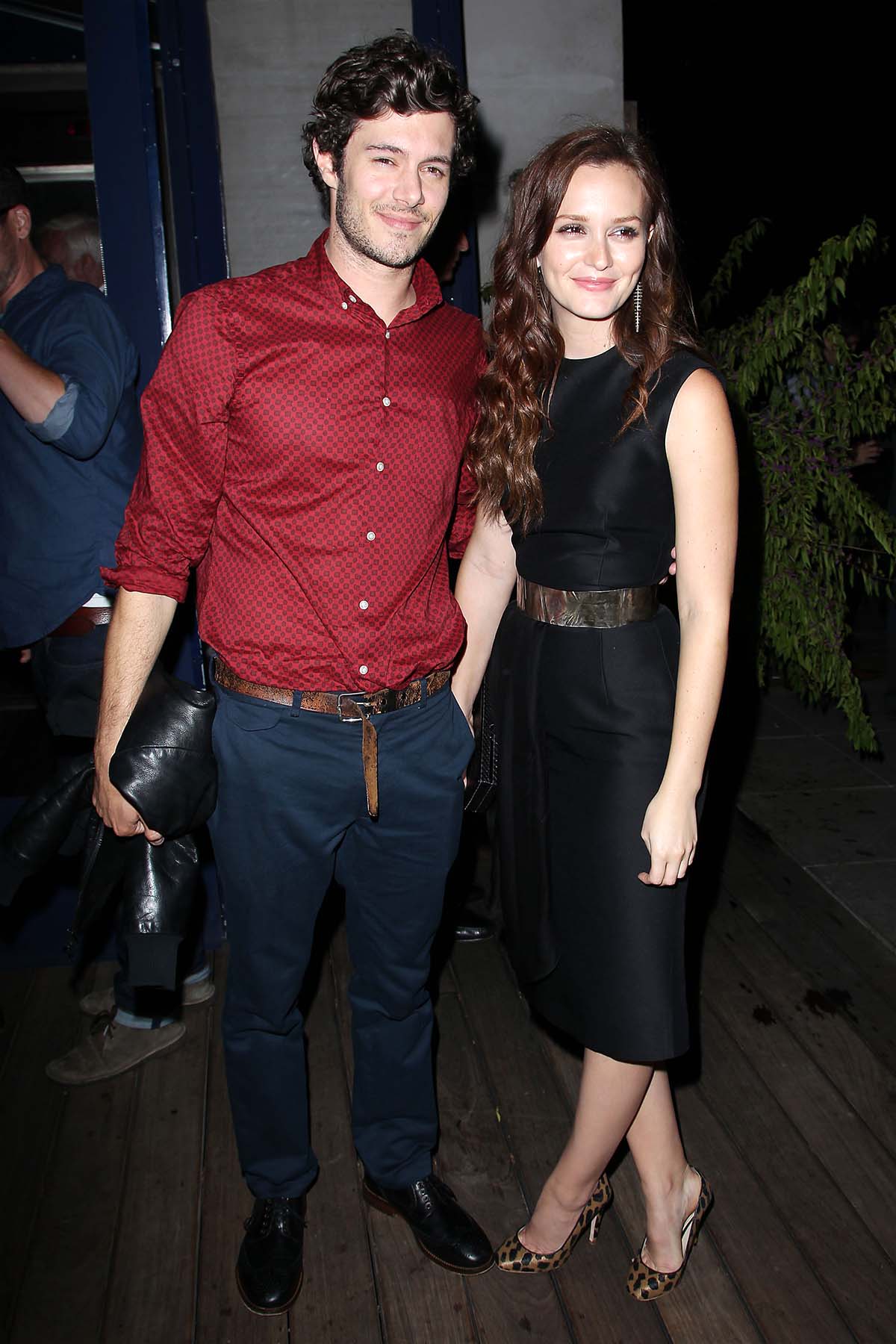 “I wouldn’t change anything [in the past] because I’m happy where I am now,” she gushed at the time. “I think that that’s one of the many wonderful parts of not only having a child and meeting your soulmate, but also I feel really lucky career-wise – really in a place that I want to be.”

The Shazam! star, for his part, told GQ in August 2019 that fatherhood is “the best thing” that’s ever happened to him.

“I mean this cliché — [Arlo is my] pride and joy. It’s very apt. She’s the thing I’m most proud of and gives me the most joy,” the O.C. alum explained one year before he became a dad of two. “She’s just so dang awesome. It just gives you a new perspective in the best way — something to focus on that’s greater and more important than yourself. Also that’s 100 percent true and even in another way. She has even become my security blanket for the outside world in terms of ‘I don’t need your approval I have my daughter, f—k you.’”

08/18/2022 lifestyle Comments Off on Swoon! Adam Brody and Leighton Meester ‘Just As In Love’ As When They Met
Recent Posts