One of Sutton Foster’s earliest introductions to Millennial lifestyles was on the concept of sweatpants with high heels. The Tony Award-winning actress, 46, has played Liza Miller on the series “Younger” since 2015, about a woman in her forties who pretends to be in her twenties in order to get a job and begin her life again post-divorce. Alongside Liza, Foster has learned the many oddities of the Millennial generation, including fashion preferences.

“I remember at one point thinking, ‘Oh, my God. Have I just been under a rock for the last 10 years?’” Foster says, over Zoom from her home on Greenwood Lake, northwest of New York City, while away for her daughter’s spring break. In one earlier meeting for the series, her costar Hillary Duff, who was in her mid-twenties at the time, showed up to a table read in sweatpants, a leather jacket and high heels.

“And I was like, ‘What? What’s going on? People dress like this?’ I had no idea,” Foster says. “There were so many things and all these things sort of happening at the same time.”

Foster is preparing to say goodbye to the beloved series, which started slow but has gained a loyal, enthusiastic following over the past several years, as the show debuts its seventh and final season today. The feeling is “bittersweet,” Foster says: she is still surprised by the popularity the show has built, is sad to see it go, but most grateful for the experience.

All of the Fashion at the 2021 BAFTA Awards

She was in a transitional place when “Younger” first came her way. She shot 18 episodes of the ABC Family show “Bunheads” before hearing that the show wasn’t getting picked up.

“I was living in Los Angeles at the time and…I didn’t know what I was doing. I really didn’t have anything going on,” she says. Her agent sent over the script for “Younger” and she was immediately intrigued. 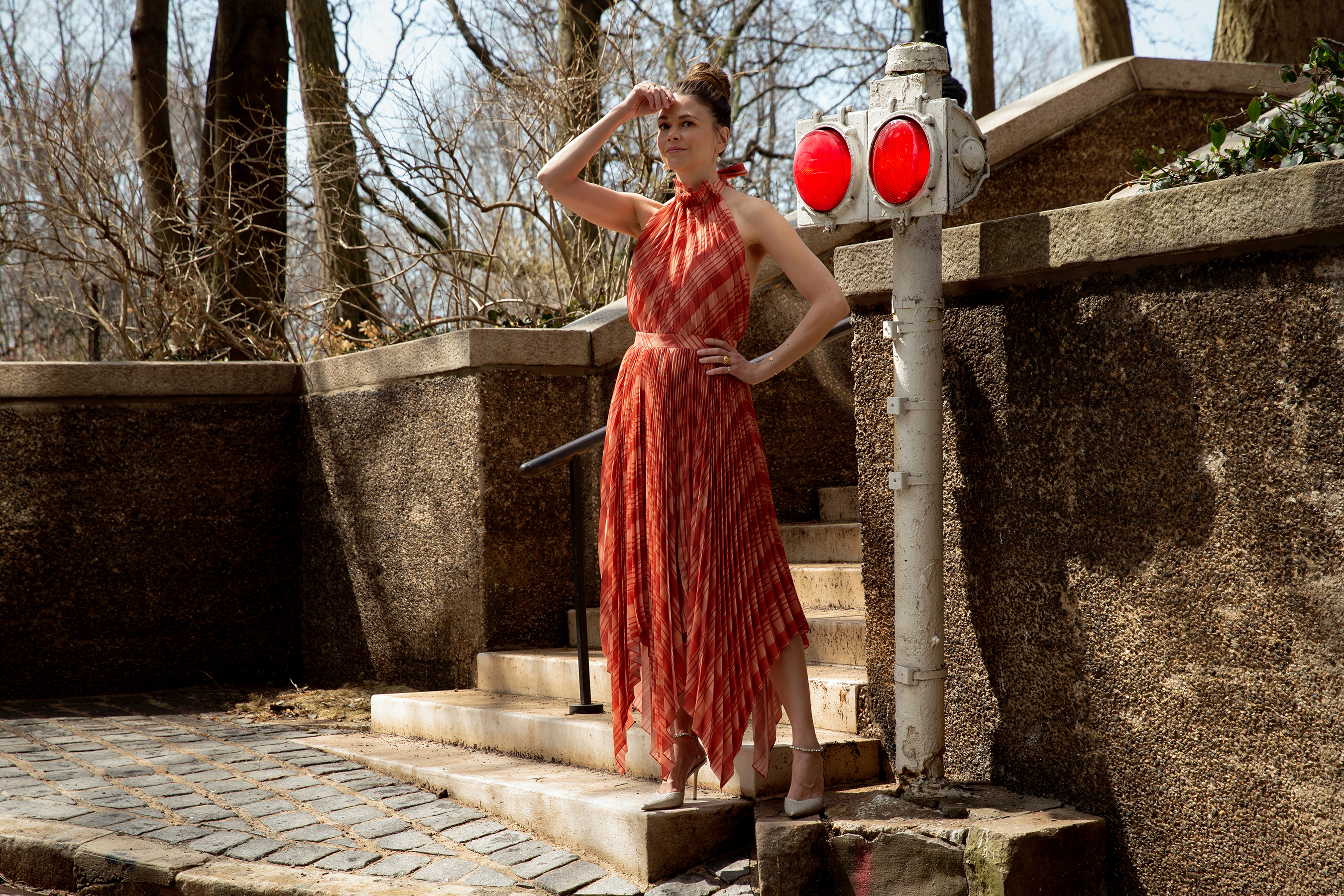 “It was sort of similar to ‘Bunheads’ in that it was this character who was reinventing themselves. And this idea of starting over or…or not even starting over, it was more like reinvention. Even this idea of this reliving or reimagining my twenties just sounded like a fun concept,” Foster says. “I’ve been in the industry long enough to not get too far ahead of myself. So I had no idea if people would catch on or if people would watch the show. And I think we were sort of a slow discovery, too. It kept growing as it went on and I think that was really cool for everybody involved.”

One of the main takeaways Foster is left with is, naturally, around the topic of age. The series begins with Liza unable to get a job in the publishing world after taking a long break to raise her daughter and being in her forties looking for a job mostly suited for a twentysomething, and therefore living an elaborate lie in order to keep up the charade.

“So much of our show is about time and age. And yet I feel like where we’ve arrived at season seven, especially for my character, it’s like the age has become completely irrelevant and you’re really watching your character just exceling at her career and really, truly arriving,” Foster says. “And I think that’s fascinating. And that’s something that goes both ways. You judge someone who’s in their forties or fifties or sixties versus someone who’s in their twenties, thirties. The show has sort of opened my eyes to that. I’m less quick to have a preconceived notion about what I think. That’s something that I will take away from this entire experience because I think my lens is just way wider.”

The final season shot throughout New York City during the pandemic, which presented challenges as well as opportunities to give back to the city that plays a central character on the show.

Life post-Liza is already looking busy for Foster. She has a book coming out this fall called “Hooked,” a collection of essays about her life as told through crafting, and in October she is set to start rehearsals for “The Music Man” on Broadway, which is hopefully making its rebound.

“I never in a million years thought that [Broadway] would not be an option. That never occurred to me. I don’t think it occurred to anybody. So I think more than anything, I can’t wait to be in an audience again. I miss it. I feel like theater is part of the fabric of New York City and without it, it’s like there’s just this gaping hole,” she says. “I’m excited to be on the stage, yes. But I think I’m more excited to be an audience member.” 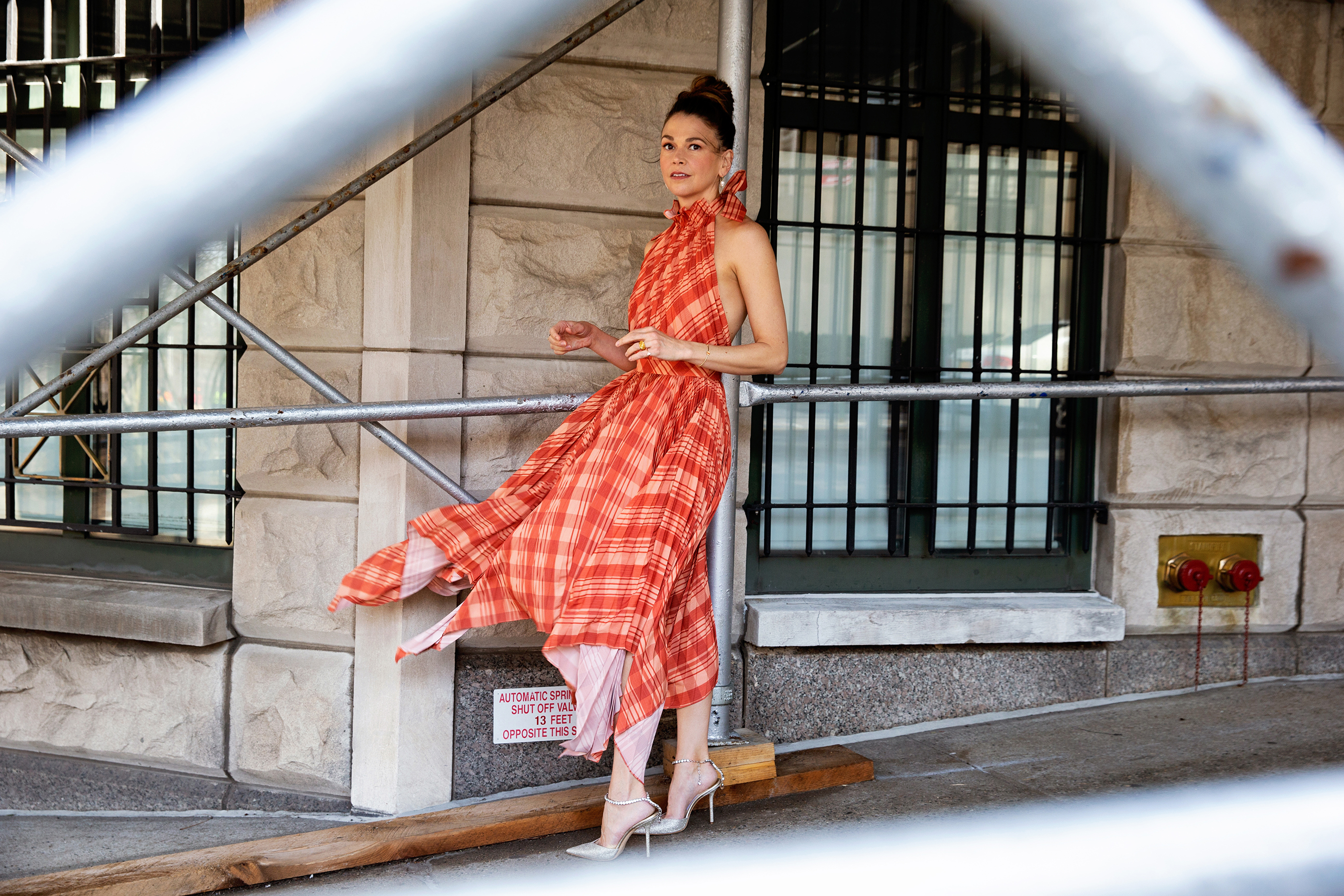 More from the Eye:

Nasim Pedrad Is Chad, a Teenage Boy Learning His Way

Eiza González, ‘Godzilla vs. Kong’ Star, Writes Her Own Rules