STEPHEN GLOVER: Oh, what a mess when both the Lords ‘sex pest’ and his accuser feel cheated of justice

The House of Lords is one of our least loved institutions — which is saying something. Our sometimes comatose second chamber is dominated by mostly white, elderly men who haven’t had to go to the bother of having their names on a ballot paper.

So there was an instant outcry when these unelected oldies voted last Thursday to spare one of their number, Lord Lester, who had been found guilty of sexual harassment. By 101 votes to 78, the Lords rejected the four-year suspension recommended for the 82-year-old peer.

The Lords Committee for Privileges and Conduct had earlier judged that Lord Lester had groped Jasvinder Sanghera 11 years ago, and later offered to make her a baroness if she had sex with him. He allegedly threatened reprisals if she refused, which she did.

Miss Sanghera is an energetic campaigner against forced marriage who has been awarded the CBE. Lord Lester is a distinguished Leftish lawyer who was an architect of the 1975 Sex Discrimination Act. His detractors suggest he can take himself too seriously, but until now no one had accused him of having wandering hands. 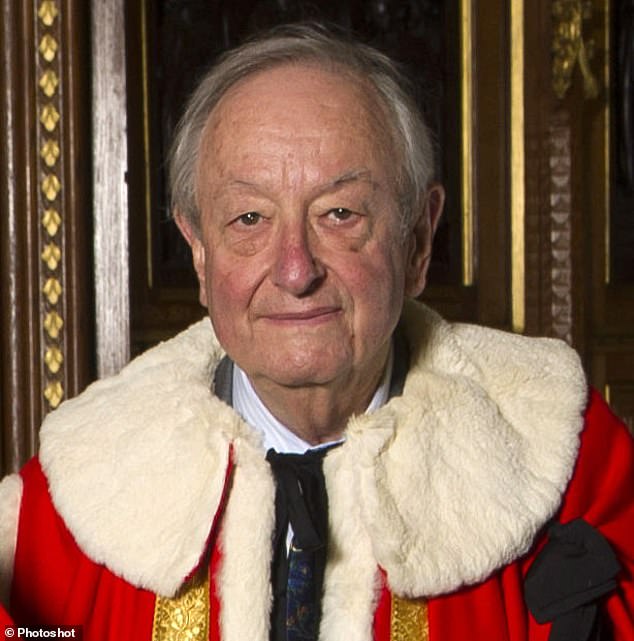 There was an instant outcry when these unelected oldies voted last Thursday to spare one of their number, Lord Lester, who had been found guilty of sexual harassment

Many will see this vote as another example of male Establishment figures closing ranks to defend their sexist ways. Having declared herself ‘re-victimised’ by Lord Lester’s reprieve, Miss Sanghera described her case as the Lords’ ‘Kavanaugh moment’.

This was a reference to U.S. judge Brett Kavanaugh, confirmed to the Supreme Court last month despite being the subject of sexual assault allegations. Feminists and supporters of the #MeToo movement erupted in anger, as they are doing now Lord Lester has avoided being suspended from Parliament.

Are they right? Is this another stitch-up, with self-interested old boobies either assuming one of their number couldn’t possibly grope a defenceless woman — or privately not caring overmuch if he did?

I think it unlikely. This seems to me another instance of the failure of investigating authorities — in this instance, Lucy Scott-Moncrieff, the Lords Commissioner for Standards — to undertake a copper-bottomed inquiry before publicly circulating highly damaging accusations.

What was really at stake here wasn’t whether or not to kick Lord Lester out of the Lords for four years. Some of us might view such a sentence as a release, and at his age even he can’t have regarded it as an intolerable deprivation.

No, the issue concerned his good name and reputation. Was this apparently virtuous champion of human rights in fact a sex pest? More fundamentally still, was he a liar, since he has vigorously denied Jasvinder Sanghera’s charges, which were upheld by Scott-Moncrieff and the Committee for Privileges and Conduct?

Serious stuff. It is therefore unfortunate that Scott-Moncrieff should effectively have acted as judge and jury over her nine-month investigation. Crucially, Lord Lester was denied the opportunity to cross-examine Miss Sanghera. Nor did anyone else do so.

And when Lord Lester unearthed information that appeared to call into question Miss Sanghera’s recollection of dates, Scott-Moncrieff advised the Lords conduct committee to disregard it.

In particular, Lord Lester found paperwork which appeared to show that on a morning in January 2007, when according to Miss Sanghera’s account he was accompanying her to St Pancras station in London having just groped her in his home, he was on his way in the opposite direction to Gatwick airport.

There are other anomalies, which needn’t detain us. The point is that evidence that would have been weighed in a court of law was not considered by Scott-Moncrieff, a human rights lawyer and former president of the Law Society. 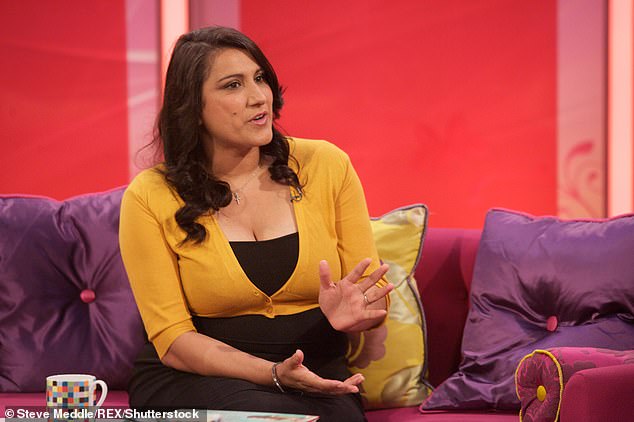 It is not acceptable, in so serious a case, for the Lords conduct committee and Lucy Scott-Moncrieff to conclude breezily that the ‘allegations of sexual harassment, corrupt inducement and threat of retaliation were more likely than not to be true’.

Doubtless some peers who voted in Lord Lester’s favour were bigoted old duffers who couldn’t imagine a fellow could do such things to a woman. But others were surely influenced by the conviction that justice had not been done.

They were right. The irony, though, is that Lord Lester was not the sole victim. Miss Sanghera has also been denied justice. She has inevitably been left with the smear that she cooked up false allegations.

And yet, on the face of it, some of her evidence is persuasive enough, including as it does corroboration from witnesses that she gave them a contemporaneous account of the charges of harassment.

There are some oddities. For example, in 2007, shortly after the alleged groping, and again in 2009, she inscribed books to Lord Lester in fond and respectful terms. Why would she have done this if he had harassed and threatened her? 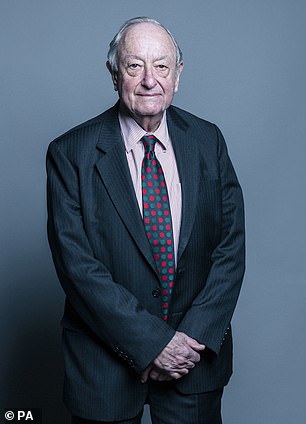 On the other side of the ledger, she is an upstanding woman who has devoted her life to good causes. Why would such a person confect stories liable to ruin an innocent man?

All this only emphasises how thoroughly unsatisfactory a process this has been, and how vital it is that allegations of this sort be fairly examined before guilt is declared.

Unfortunately, the authorities don’t always show such good sense. We should remember the police’s pursuit of former home secretary Leon Brittan (who died before he could clear his name) and Field Marshal Lord Bramall, whose house was raided when his wife, who had dementia, was upstairs.

Both these cases were reportedly based on information supplied by an alleged fantasist known as ‘Nick’, who now faces trial. He was also believed to be the source of allegations against former prime minister Ted Heath, which led to a police officer standing outside the Tory leader’s former home appealing for witnesses.

I don’t of course suggest the case against Lord Lester was based on such threadbare allegations. For all her faults in this matter, Lucy Scott-Moncrieff is a diligent and capable lawyer. And, as I have said, Miss Sanghera is a highly respectable complainant.

But whenever grave charges of this sort are brought against a public figure, it is imperative that the suspects be afforded proper justice. I don’t believe Lord Lester has been.

Either the Lords should reform its procedures — or it should put cases like this in the hands of an independent body which can be trusted to be even-handed and exhaustive.

As it is, all parties have emerged from this saga with their reputations damaged. The Lords will be accused of shielding one of its own, and its Commissioner for Standards of having conducted a defective inquiry.

Lord Lester, said by his wife to have suddenly turned into an old man, and reportedly in ill health, will remain under suspicion in some minds. Yet he seemingly has no means of establishing his innocence.

Meanwhile, Jasvinder Sanghera will be championed by some as another woman victimised by the male sex, while others will wonder how the accusations she levelled could possibly be true.

All in all, it’s a terrific mess that leaves everyone unhappy. The Lords Committee for Privileges and Conduct is supposed to be looking at the matter again, but I shan’t be holding my breath.

11/19/2018 lifestyle Comments Off on STEPHEN GLOVER: Both the Lords ‘sex pest’ and his accuser feel cheated
Recent Posts