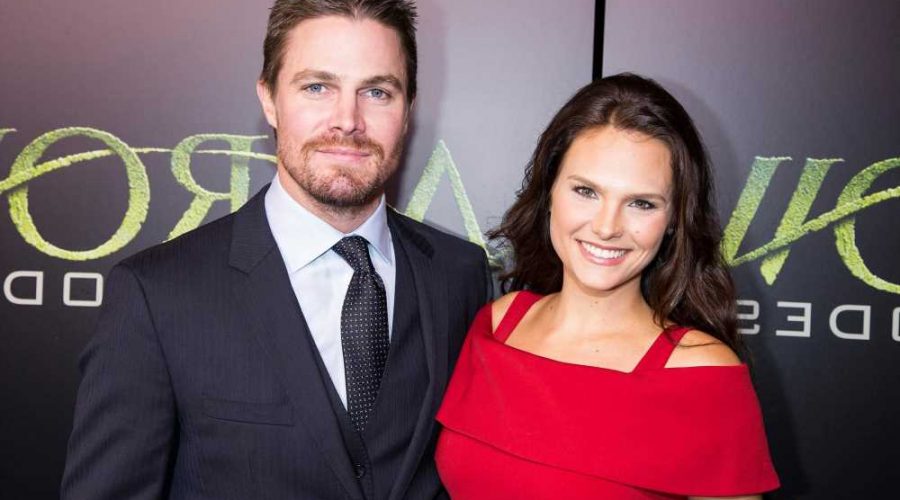 “Arrow” star Stephen Amell was forcibly removed from his flight after allegedly getting into an altercation with his wife, Page Six is told.

Amell, who was flying Delta from Austin to Los Angeles after attending the ATX Television Festival over the weekend, was removed after a flight attendant asked him multiple times to calm down as he allegedly screamed at Cassandra Jean Amell while appearing drunk.

We’re told an air marshal and three other flight attendants escorted him off the plane.

After the incident, Cassandra and her companions stayed on the flight and made their way to LA.

A spokesperson for the airline confirmed an incident occurred, telling Page Six in a statement, “Delta flight 966 on June 21 took a brief, eight minute departure delay after an unruly customer was deplaned from the aircraft prior to departure in Austin. The flight arrived ahead of schedule at Los Angeles International Airport.”

The “Heels” star made headlines in the fall after he claimed he had “no idea” where he contracted COVID-19, but sources told Page Six that he threw a birthday bash for his wife that same month — a fact he conveniently left out of his coronavirus tale.

“He hosted a … birthday party in Palm Springs,” said a source at the time, although the insider added that it’s not clear if that’s where Amell got it, if he had the disease during the party or if he got it after.