TV’s Steph and Dom Parker, 51 and 54, draw on their 20 years of marriage to solve your relationship problems . . .

Q: I have a dilemma. My husband and I are in our early 70s. We live in a four-bedroom house about a 40-minute drive from our nearest town centre. It’s very rural and I want to downsize. Our children left home years ago, there’s no need for the space and we could do with the money. I’m very aware our mobility is likely to decline over the next few years and we’ll be stuck here. I’m terrified of being isolated, but my husband refuses even to think about it. He doesn’t want to leave the house or give up the garden. I think he’s being really stupid. Please tell me what to do.

Steph says: From your letter I can see few reasons to disagree with you. You’re in your early 70s and you want to be within easy reach of all the fun things you now have time for — lunches out, coffee with friends, the theatre, a good bookshop — not cut off from all these activities. 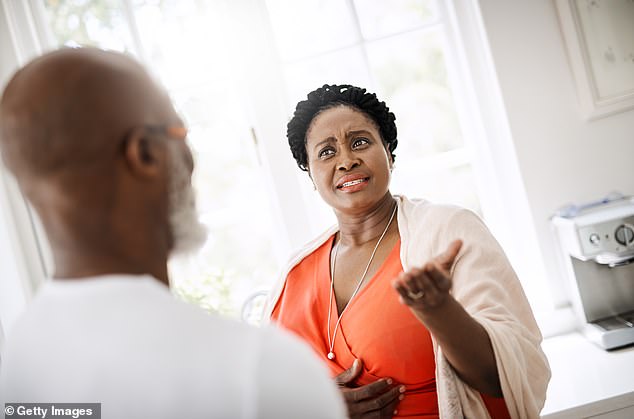 Sadly, in the encroaching autumn of your years, these lifelines become essential and I think you’re right to address this issue early.

Plus, it may well be that you are solely responsible for the upkeep of your large family home, not your husband.

However, it is often the case that men don’t like change of any kind. It’s just a fact of life. Your husband will be imagining all the horrors of estate agents and packing cases and new neighbours.

He doesn’t want to leave his roses or his greenhouse, or that lawn he’s spent hundreds of hours perfecting. So you’re going to have to sell the idea to him in a different way.

Instead of getting frustrated with him, I would sit him down with a large bottle of very good claret and ask him to dare to dream with you. Isn’t it the most exciting thing in the world to make a fresh start in a new place?

There’s nothing more inspiring than a blank canvas. Tell him you’re only in this position because you have both done your job so well and completed every family milestone. You’ve sent the children off into the world successfully, and now you have the freedom to think only of yourselves.

Imagine the possibilities with him. I’d start, for example, by asking him to consider the fabulous potential of a new garden. How would he design it? What cuttings would he take from the old one? Where would he put a potting shed? This is the perfect opportunity to create something new and easy to manage into old age, too.

I would encourage him to browse properties online and let him pick out his favourite places. Appeal to his wallet and point out all the things you could do with the money saved from downsizing. 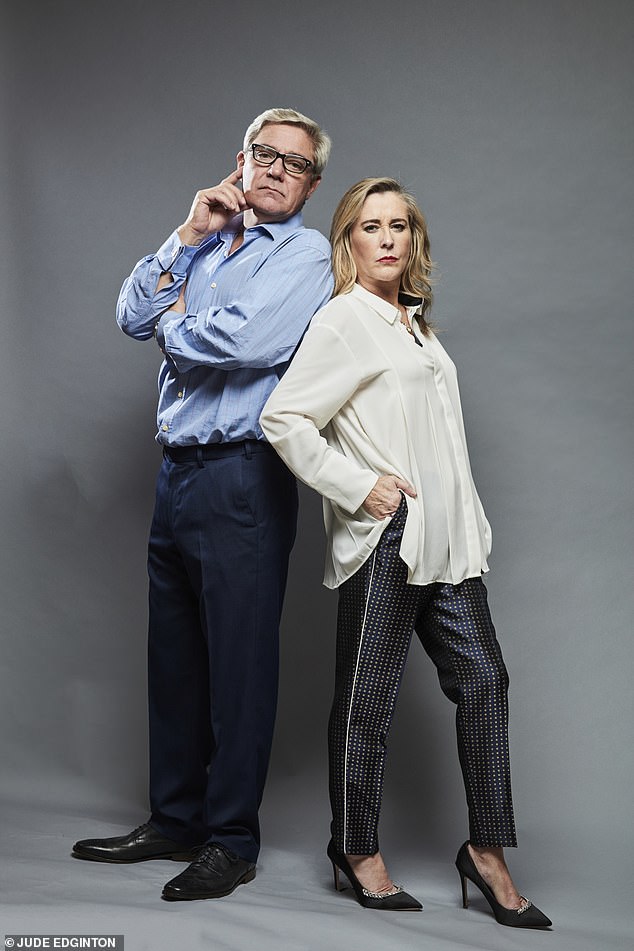 Perhaps you could even help a grandchild get on the property ladder themselves? Talk about where you would like to go on holiday with some of the money you’d get back.

In short, be wily and smart; you’re a woman, you know how. I firmly believe that if you show your husband you want to share this new adventure with him, he will begin to see a move not as a negative thing, but the next big adventure in your very colourful and successful lives so far.

Good luck in your new place!

Dom says: The first thing that strikes me here is that you live in a fabulous set-up. It sounds idyllic and, like your husband, I’m sure I’d love the peace and tranquillity.

At 70 I understand that the future does indeed need to be thought about, but you have plenty of time ahead of you! I know 80-somethings who are far fitter than I am! If you’re both in good health this isn’t something you need to be too worried about right now.

I understand, however, that you are — worried. And as such, you’re trying to calm your own anxieties about the future by putting a plan in place, But here’s the rub. You are forcing your husband to face your fears — and his own.

It may well be that your husband feels he’d like to live out the rest of his life in his home. It is his castle, after all. But he doesn’t necessarily want to have to think about this — nobody truly wants to face their mortality.

The other thing to consider is that moving out of a big house is a massive undertaking. The actual move will be beyond stressful. And then you have to understand all the sacrifices you’ll be making. When you’re getting rid of possessions you’re also chucking out memories!

I’m assuming you’ve raised your family in this house — you can’t cram the memory of first steps and bike rides into a bungalow.

Of course, if you actually need the money that’s a different matter. And if that’s the case then you would do well to sit down with your husband, go though the numbers together and make a plan. But do so kindly.

You say you think he’s being stupid — I really don’t think he is.

If your finances dictate that a move is necessary then grasp the nettle together. But put your kid gloves on first.