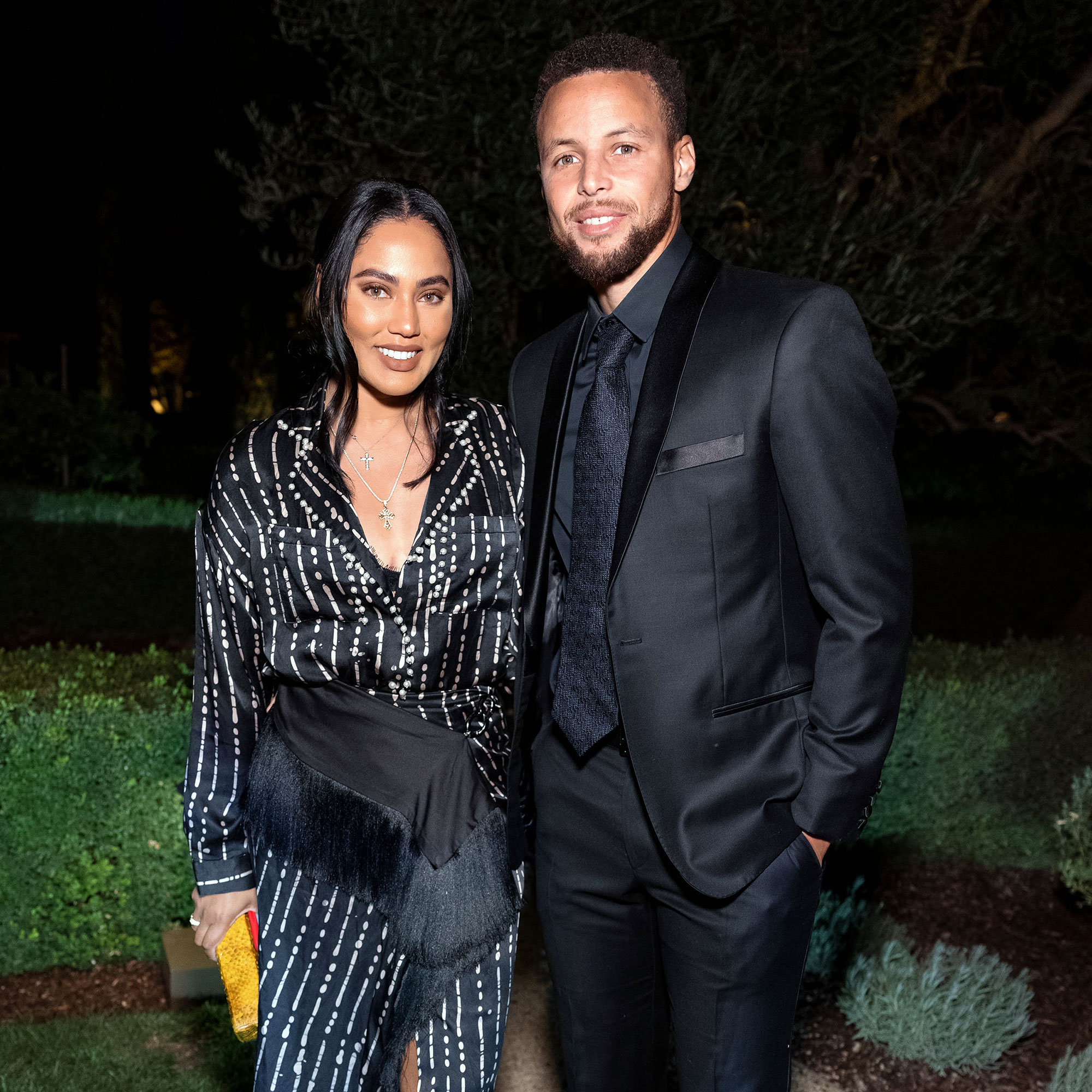 He’s got her back. Steph Curry found a creative way to defend his wife, Ayesha Curry, after a Boston bar publicly slammed her culinary talents.

The 34-year-old point guard — whose team, the Golden State Warriors, is currently facing off with the Boston Celtics in the NBA Championship Finals — grabbed reporters’ attention when he wore a shirt bearing the phrase “Ayesha Curry CAN Cook” to a post-game press conference on Monday, June 13. When asked about the “backstory” to his shirt, Steph responded, “You gotta ask around the room and ask Twitter [what it means].”

The NBA all-star’s ensemble was a response to a Boston-area sports bar named Game On!, who posted a chalkboard sign outside of their building that read, “Ayesha Curry Can’t Cook” ahead of Monday’s game. The other side of the sign was also a dig at his family, proclaiming that Celtics player Jayson Tatum‘s 4-year-old son, Duece, was “better” than Steph’s eldest daughter, Riley Curry.

While the back-and-forth between the Ohio native and Celtics fans may have been a joke, Ayesha, 33, has made an impressive name for herself in the culinary world. In addition to authoring the 2016 cookbook The Seasoned Life and its 2020 follow-up, The Full Plate, the Ayesha’s Home Kitchen star is co-owner of barbecue chain International Smoke, which has locations in Houston, Miami and San Francisco.

Steph and Ayesha — who share daughters Riley, 9, and Ryan, 6, as well as son Canon, 3 — were high school sweethearts and tied the knot in July 2011 and the couple have frequently made headlines for defending one another from online trolls over the years. In May 2019, the celebrity chef faced backlash after she confessed on an episode of Red Table Talk that she often gets “insecure” when women hit on Steph.

“I have never been one to cage my feelings and emotions to any capacity. I am human,” Ayesha wrote via Instagram the day after her episode of the talk show went viral. “It brings me pure joy to speak my mind, be vulnerable at times and to know myself inside and out. Seeing as how it’s mental health awareness month I really want to take the time to encourage everyone to speak their truth regardless of perception, fitting into a mold or offending someone, because it’s YOUR truth.”

Steph shared a message of support for his wife on his own social media account. “Proud of you for being authentic and putting yourself out there — not being afraid of potential bull s#*# and nonsense that could and did come at you,” the professional athlete wrote via his Instagram Story at the time. “Way more positive than negative with all of this. Keep being you. I love you.”

The following year, the basketball pro stood up for Ayesha on social media once more when he fired back at commenters who criticized her decision to dye her hair blonde. (She later revealed it was just a wig.) “You beautiful baby. And don’t you let anybody tell you differently ok? I mean it,” the basketball pro wrote via Instagram in October 2020. “There’s just a bunch of meanies out there and I don’t like it. I don’t like it one bit. Do you boo boo.”

Rooting for Them! Celebrities Who Are Dating Athletes

He continued: “P.S. If the wig falls off I won’t tell anybody, I promise. Pinky promise. It be hilarious though, but won’t anybody know. Wait- that’s been you in this bed the whole time??? I ain’t even know. Now I’m tripping 👀😂 .”